Four days short of the 115th anniversary of the first event held at the famous Worcestershire venue in 1905, the annual vintage event ran behind closed doors due to the ongoing impact of the COVID-19 pandemic.

The VSCC's programme has been decimated by the virus and the Shelsley event was one of only two possible hill climbs this season. The club's race programme is down from four race meetings to just one at Mallory Park on Sunday 23rd August as a result.

"We'll do 13 events this year instead of 40," said the Club's Tania Brown of the re-worked 2020 competition season, with some trials and driving tests run earlier in the year and several more are due to run later in the season.

Traditionally, the Shelsley Walsh hill climb is one of the season highlights and usually attracts a capacity entry of 130 cars. Just over 80 cars were in action on Saturday, a reflection of a reluctance on the part of some of the club's older members to return to normal life at this point. However, the entry for Mallory Park is said to be encouragingly good.

Despite the smaller entry, the competition was as fierce as ever as a glorious array of mainly Pre-War cars tackled the 1000-yard climb up the side of the Teme Vallery. 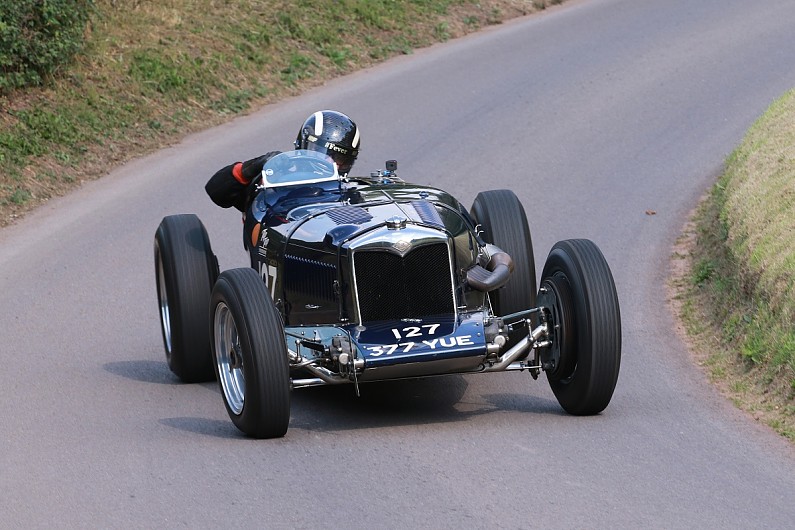 James Baxter was the star of the day when he set identical times on both runs in his Riley TT Sprite, twice stopping the clocks on 34.80s to see off the 35.12s best from the hard-charging Alta of the unrelated Ian Baxter.

Other notable performances included that of Patrick Blakeney-Edwards who posted a tremendous 37.72s best in his Frazer Nash Supersports to win his class by nearly four seconds from his wife Jo who shared the car.