Auriol will drive a replica of the Ford Sierra RS Cosworth he drove in 1987 and '88 on the demonstration special stages on Saturday and Sunday February 22/23 at Stoneleigh near Coventry.

Joining Auriol for interviews on the indoor stage and autograph sessions is reigning European Rally Champion Chris Ingram, the first British ERC winner in 52 years and the series' youngest ever champion.

A total field of 145 rally cars covering more than 50 years and ranging from 1960s Mini Coopers to the VW Polo R5 of Meirion Evans, will tackle two parallel demonstration stages.

In response to criticism of the 2019 layout, the spectator area has been increased by around 70% for this year's event, with a major new area installed between the two stages.

"We've moved the crowds nearer to a lot more of the action and from the new area you can see both stages at the same time," said organiser Tim Foster from the 'Rallying with Group B' organisation. 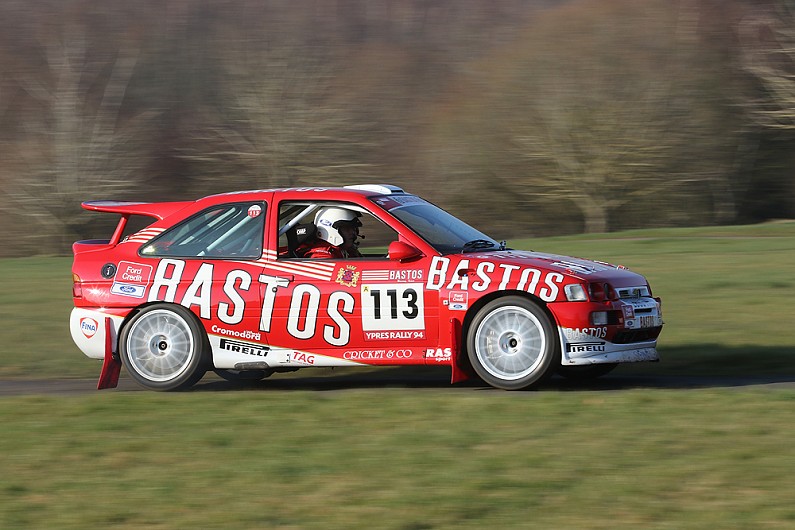 A key feature of the three-day show, which opens on Friday February 21, will be a tribute to the late Norman Dewis OBE, chief test driver and development engineer for Jaguar between 1952 and 1985.

As well as his test and development role, Dewis raced alongside Stirling Moss and Mike Hawthorn in works Jaguar D-types.

The Jaguar Daimler Heritage Trust will provide three cars for display in the show's 'Hall of Fame' to represent key moments in his career: a Jaguar C-type like the car he shared with Moss in the 1952 Mille Miglia will be joined by the oldest surviving convertible E-type and the one-off XJ13 racing prototype.

The Historic Sports Car Club will have a major seven-car display, including the rare Formula 2 Martini MK19/22 of Matthew Watts, a Lotus 18 Formula Junior from Classic Team Lotus to mark the model's 60th year, and the famous ex-Doc Shepherd Austin A40.