The star attraction is a 166MM Barchetta Touring like the car used to take Ferrari's first Le Mans win in 1949. Also on show is the 275P that won the 1964 edition of the race with Jean Guichet and Nino Vaccarella (pictured above).

In celebration of 70 years of Ferrari victories in the world's most famous endurance race, visitors can look back over Ferrari's nine overall Le Mans wins and many class successes with the help of some of the cars involved as well as multimedia and interactive content.

The exhibition opens with the 2.0-litre 166 MM Barchetta Touring, similar to the car raced by Lord Selsdon and Luigi Chinetti in June 1949, on Ferrari's debut at Le Mans.

The race car was a development of Enzo Ferrari's first production car.

British aristocrat Lord Selsdon, who entered the car, and the US-based Milanese driver Chinetti faced a large number of cars with twice the engine capacity of the Ferrari. Nevertheless, they won at an average speed of over 80mph.

Chinetti went down in history by driving for all bar 72 minutes of the race as Lord Selsdon was ill and unable to drive more than one short stint early on Sunday morning. 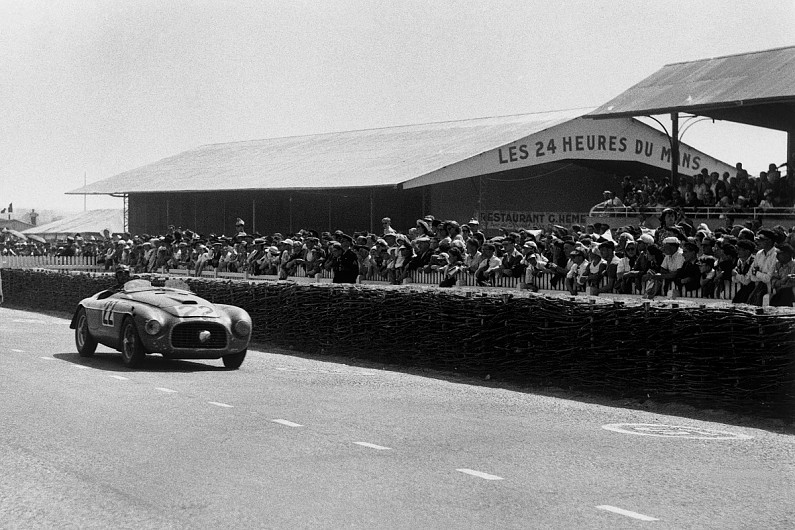 The exhibition also includes the 275P in which Guichet and Vaccarella won Le Mans in 1964 at an average speed of more than 120mph, ahead of two Ferrari 330Ps.

Bringing the Ferrari Le Mans story up to date is the 488 GTE with which Alessandro Pier Guidi, James Calado and Daniel Serra won in class last year, handing Ferrari its 27th class victory - 70 years after the first overall win for the 166 MM.

Visitors can relive this achievement through the 'Le Mans Experience', a film that combines images of the race with some of the messages recorded by the drivers and the teams during the races.