One of two BMW V12 LMs built for Le Mans in 1998 will return to racing in the Endurance Racing Legends race at Formula 1 venue Paul Ricard.

The Endurance Legends grid from Patrick Peter takes in GT cars and prototypes of the 1990s and 2000s, and the series will be racing on the Le Castellet track for the first time on October 18-20.

The Dix Mille Tours of Le Castellet will mark the first time the V12 LM - chassis number 001/98 - has competed in nearly 20 years, with regular historic racer Olivier Galant at the wheel.

Its last appearance in public was at the 2016 Rétromobile show in Paris.

When McLaren pulled their BMW-powered cars out of GT racing in 1997, BMW elected to switch to the Le Mans prototype category and two V12 LMs were built by the Williams F1 team for the 1998 season.

The car which will appear at Paul Ricard raced at Le Mans in 1998 with Steve Soper, Tom Kristensen and Hans-Joachim Stuck (pictured above), but that and the sister car of Johnny Cecotto, Pierluigi Martini and Joachim Winkelhock had to retire early in the race due to severe vibrations in the drivetrain.

With the vibration problem resolved, the car was back at Le Mans the following year when it finished fifth in the hands of Bill Auberlen, Thomas Bscher and Soper under the Price & Bscher team banner (pictured below).

That year, the works development of the V12 LM, badged as the V12 LMR, went on to win at Le Mans with Martini, Winkelhock and Yannick Dalmas.

The final proper period appearance of chassis 001/98 came in 2000 for Bscher, Jean-Marc Gounon and Geoff Lees and ended in retirement. 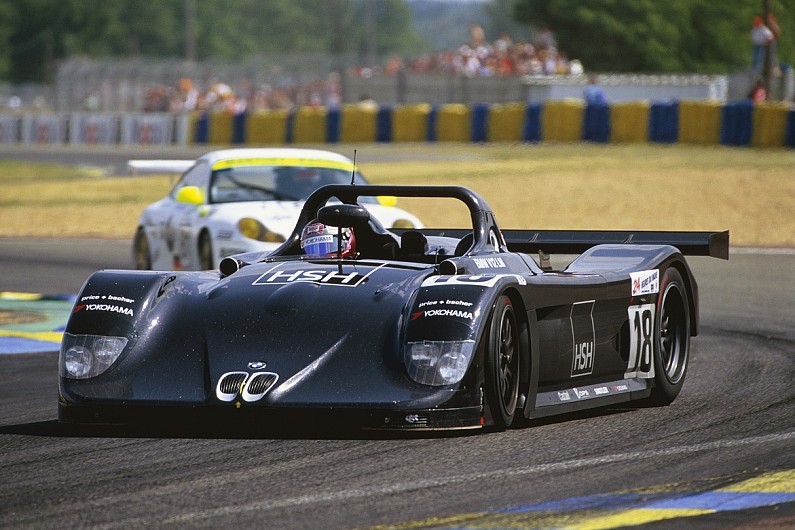