Emerson Fittipaldi could be reunited with Lotus 72 chassis 5 for the first time since he crashed it in qualifying for Formula 1's 1973 Dutch Grand Prix.

After the chassis was damaged at Zandvoort, the remains of the monocoque spent four decades at the back of the Team Lotus stores.

Now after a five-year restoration by Classic Team Lotus, the car is due to run again this summer.

Fittipaldi is keen to drive what he considers his favourite Lotus 72 chassis.

"It is extraordinary that the car survived for so many years and it was very lucky that it was not thrown into a skip," said Clive Chapman, son of Lotus boss Colin.

"I think that is a mark of the sentimental attachment that my father had for the car, given his constant focus on the future and the team's perennial battle for more space.

"We've been restoring it gradually and it was really nice to get it fired up recently," said Chapman after a period correct Cosworth DFV engine was fitted.

"It should be ready to run in a couple of months and Emerson keeps asking about it, as he's keen to come and drive it.

Chassis 72/5 was raced almost exclusively by Fittipaldi and he won in Gold Leaf colours in the 1970 US Grand Prix.

Then in John Player Special colours, he won the 1972 Austrian and Italian Grands Prix.

Clive Chapman heads up Classic Team Lotus and it was his idea to finally start work on rebuilding the damaged car. 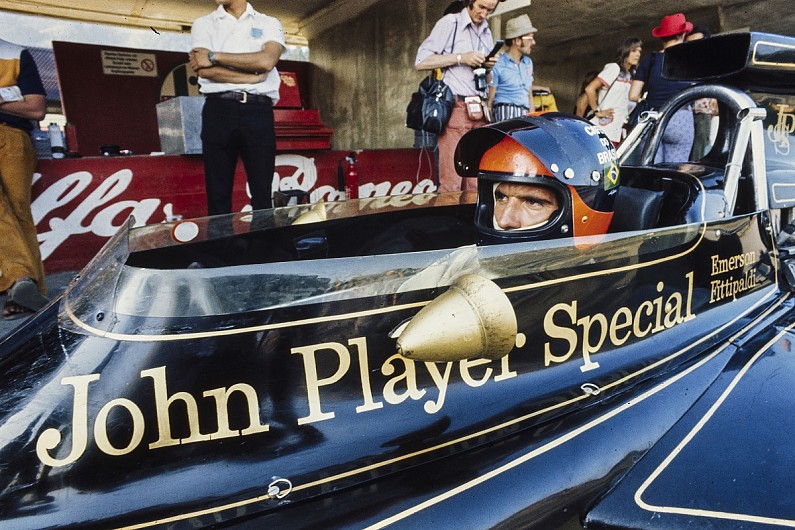