A bid to topple the long-standing hill record and major changes to the event layout are key elements of this year's Goodwood Festival of Speed.

It is now 20 years since Nick Heidfeld set the hill record in 41.6s at the wheel of a McLaren MP4/13 Grand Prix car in 1999 and the focus of the Sunday Shootout for the weekend's fastest car will be to challenge that standard in the grounds of Goodwood House.

In 2018, Romain Dumas recorded a 43.86s climb in the electric-powered Volkswagen Pikes Peak car to become the closest rival in a decade to Heidfeld's record-breaking climb.

Current speculation suggests that a potential return by the Volkswagen I.D. R could open up the prospect of Heidfeld's record finally being toppled, but to break the record the VW will need to trim more than two seconds from its 2018 effort.

Supercars, touring cars, electric competitors and other star machines will go head-to-head on the 1.16-mile hill and, at the end of Sunday afternoon, the three fastest cars will be displayed outside Goodwood House. 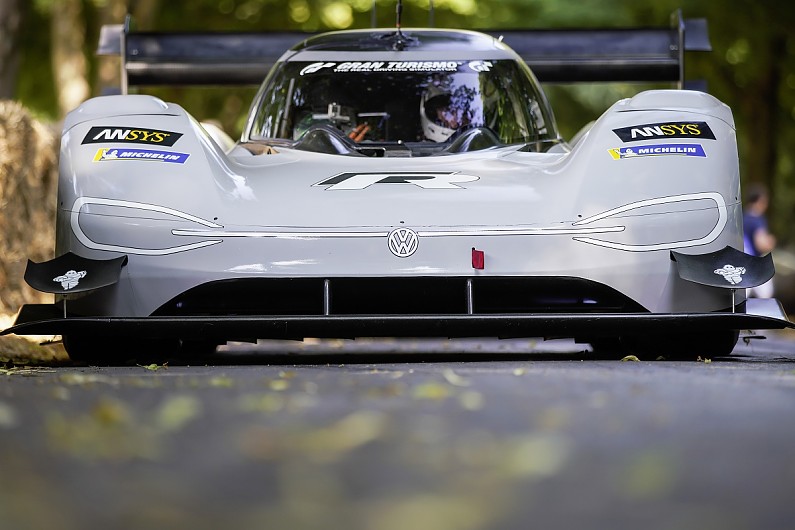 A significant change for 2019 will be the relocation of the supercar paddock, which will move from the Cathedral paddock to the area adjacent to the startline.

The Cathedral paddock area will be developed into an all-new attraction called the arena. It will be the first time Goodwood has created such an installation.

Throughout the weekend visitors will be able to watch drift cars, stunt drivers and riders performing, and the arena will allow fan interaction.

"We've seen an incredible four million visitors through the event gates over the last quarter of a century.

"We hope with the relocation of the paddocks to make way for the new live action arena, there really is something to represent every area of motorsport."