It’s 60 years since the Jaguar E-type made its first racing appearance. Here’s the report on how it caused a sensation at Oulton Park, from the 21 April 1961 issue of Autosport magazine.

The long-awaited competition debut of the new E-type Jaguar has been made at last. Two of the magnificent Coventry machines appeared in the main race of the day at the British Automobile Racing Club national meeting at Oulton Park.

Their first appearance was an impressive one, both cars being in virtually standard trim and leading the race in procession until two laps from the end, when Innes Ireland squeezed past Roy Salvadori to take second place in John Ogier’s DB4 GT Aston Martin.

Graham Hill, who won the race in the Equipe Endeavour car, drove brilliantly, and expressed himself as being extremely happy with the new car.

He took the lead from Salvadori, in John Coombs’s E-type, on the 13th lap of 25, to win by something like 150 yards (5.6 seconds). The Ferraris of Jack Sears and Graham Whitehead took fourth and fifth places – positions they held throughout the race.

If, as seems likely, the 1962 Manufacturers’ Championship should be fought out among Grand Touring cars, Britain’s hopes are as bright as they could be, for the new Jaguar should be more than a match for the previously pre-eminent 250 GT Ferraris.

The big race was the main attraction for the 45,000 people who crowded the circuit on a brilliantly sunny, warm spring day. The Jaguars had recorded third and fourth fastest times in practice, and accordingly sat on the front row of the grid – both immaculate and extremely smart.

In pole position was Ireland in the Essex Racing Team Aston Martin – one of the cars used for last year’s Tourist Trophy race. Next to Ireland on the grid was the Equipe Endeavour Ferrari, driven by Sears.

PLUS: The reluctant Lotus ace who was dropped for Clark

At the drop of the flag it was – and it is reasonable to say that it was much to the surprise of most people – the Jaguars that rocketed into the lead. As the field streamed into Old Hall the order was Jaguar, Jaguar, Aston Martin, Ferrari – Salvadori, Hill, Ireland and Sears.

Ireland began to increase the pressure, and drew ever close to Salvadori’s grey Jaguar. On lap 24 he slipped past to take second place, but Hill was well ahead and could not be caught

Surely this could not last! Yet at Knickerbrook – about halfway round – the order of the leaders remained the same. Behind them streamed Whitehead, John Wagstaff (Team Elite Lotus Elite), Peter Arundell (Team Elite), Dickie Stoop (Porsche) and Richard Shepherd-Barron (Morgan).

By the end of the first lap the order was yet the same, Salvadori having completed the standing lap in 2m04s. Behind him came Hill, Ireland, Sears, Whitehead, Wagstaff, Arundell, Stoop, Mike McKee, in the UDT-Laystall Lotus Elite, Bill Allen (Team Elite) and Pat Fergusson in his Turner-Climax, which was incredibly fast and had overhauled Shepherd-Barron’s Morgan.

On the third lap Salvadori and Hill both lapped in 1m59s, and both Jaguars had by now opened up a considerable lead over the rest of the field. On the fifth lap came another fast lap – again set up by both cars – in 1m58.6s. 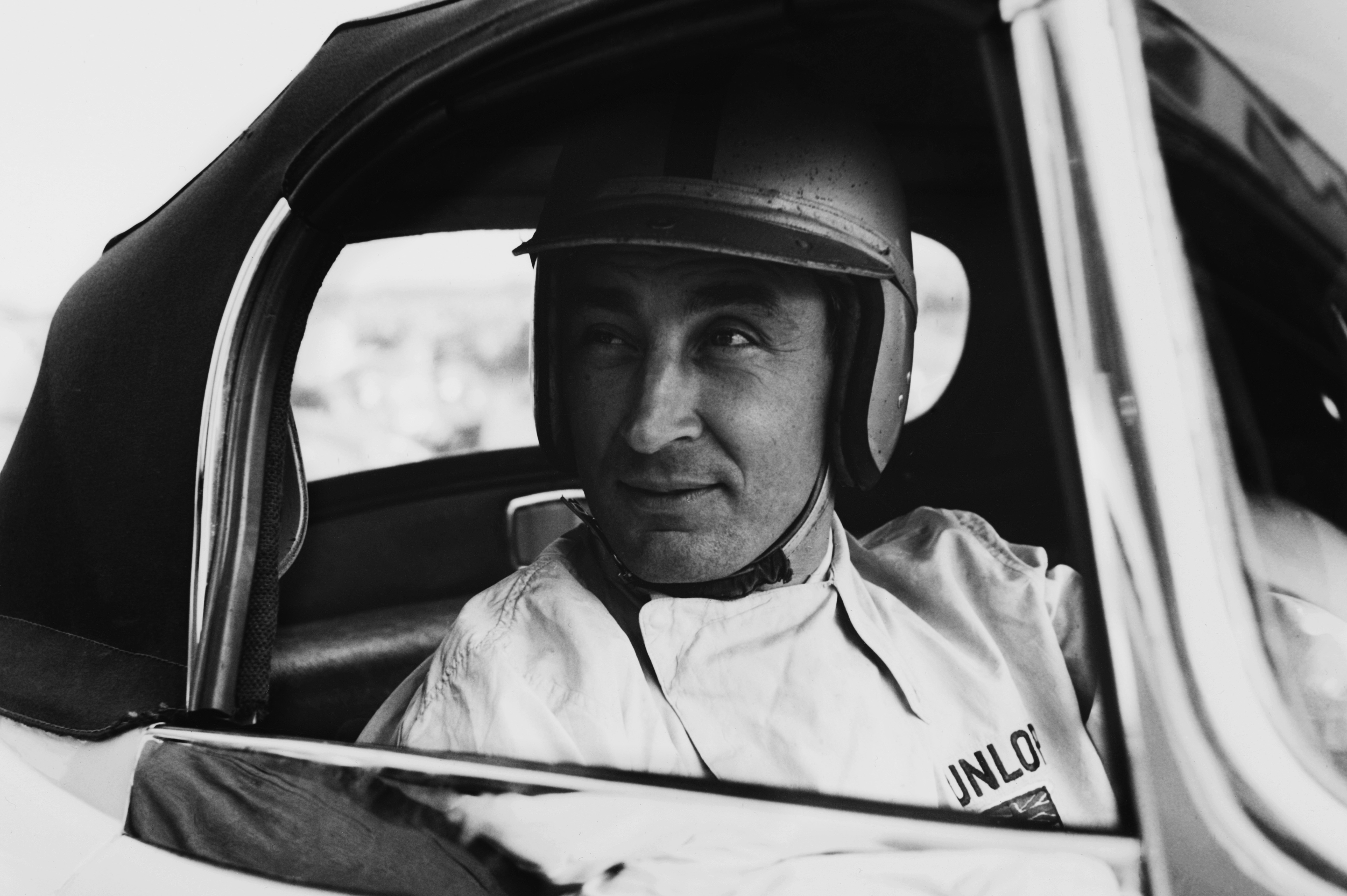 After eight laps some three seconds separated the Jaguars and Ireland’s Aston. Sears remained in fourth ahead of Whitehead, while sixth, seventh and eighth – and running in numerical order – were the three Team Elite cars of Wagstaff, Arundell and Allen, with McKee never letting Allen out of sight.

On the 13th lap Hill, who had been edging closer to the leader for some time, slipped past him at Knickerbrook to take control over the race. He rapidly opened up a lead of something like three seconds and never looked like being challenged. On lap 18 he and Salvadori again recorded fastest lap with 1m58.2s (84.69mph).

Ireland, however, now began to increase the pressure, and drew ever close to Salvadori’s grey Jaguar. On lap 24 he slipped past to take second place, but Hill was well ahead and could not be caught.

PLUS: The races that built the Jaguar legend

The three Team Elite cars of Wagstaff, Arundell and Allen came home in sixth, seventh and eighth places – 1-2-3 in their class – and Wagstaff and Arundell shared fastest lap in 2m02.2s (81.34mph). 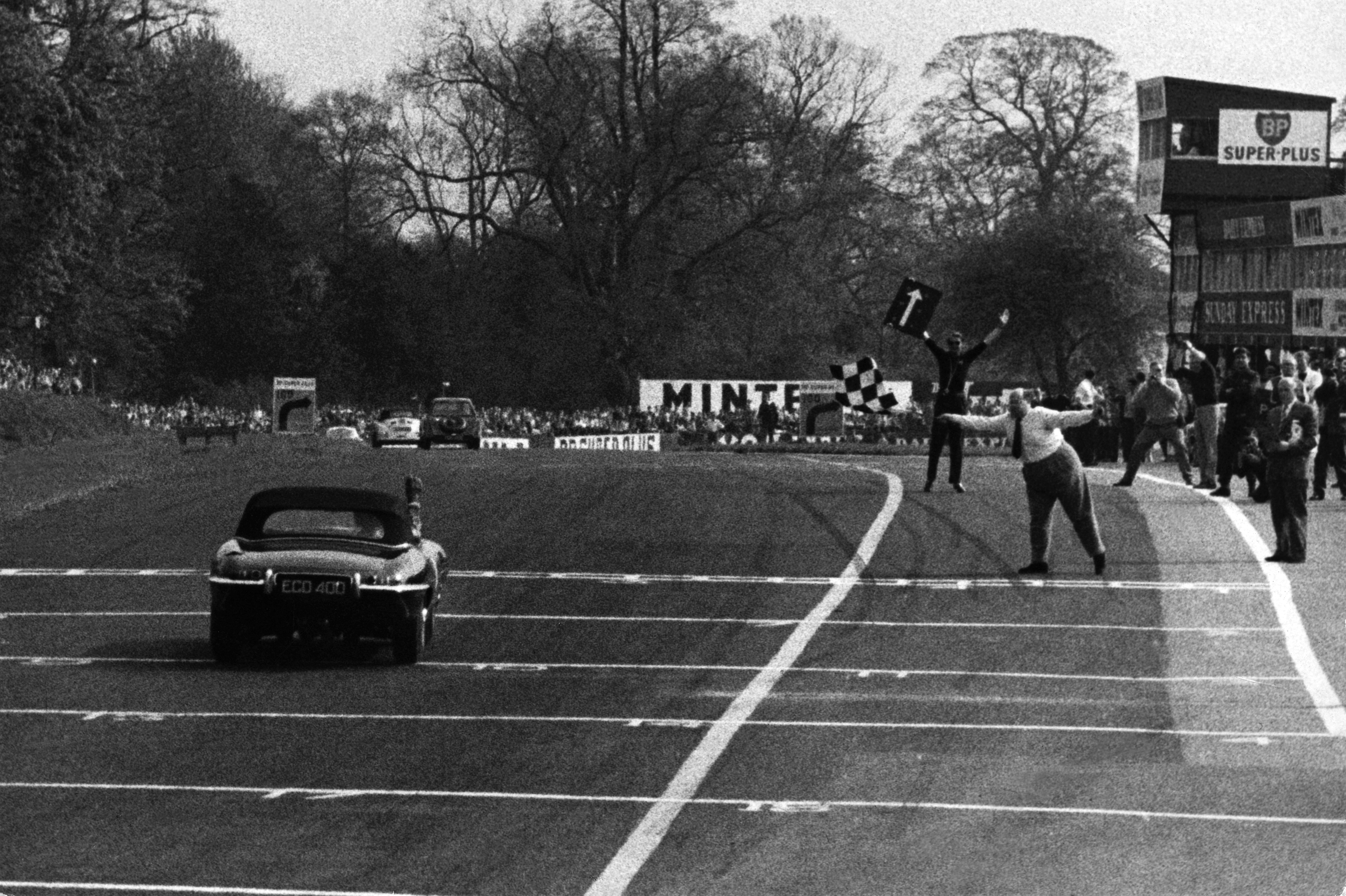 The E-type went on to become one of the most famous road cars of all time and did score some motorsport successes, but not at international level.

Ferrari remained on top as the world sportscar championship moved to GT regulations for 1962. The famed GTO was out of the E-type’s reach, Ferrari scoring almost three times as many points as Jaguar.

Two privately run E-types finished fourth and fifth overall at the 1962 Le Mans 24 Hours, but they were beaten by two GTOs. Ferrari’s domination of the bigger-capacity GT category would continue until the challenge of the Shelby Cobras arrived in 1964.

The popularity of the E-type and tunability of the XK engine has nevertheless recently made it a formidable competitor in pre-1966 historic GT racing. Among its many successes are 10 RAC TT Celebration victories at Goodwood, while there will be special events in 2021 to celebrate its 60th birthday, including two races at the Silverstone Classic.

PLUS: What Autosport’s looking forward to in national motorsport this year 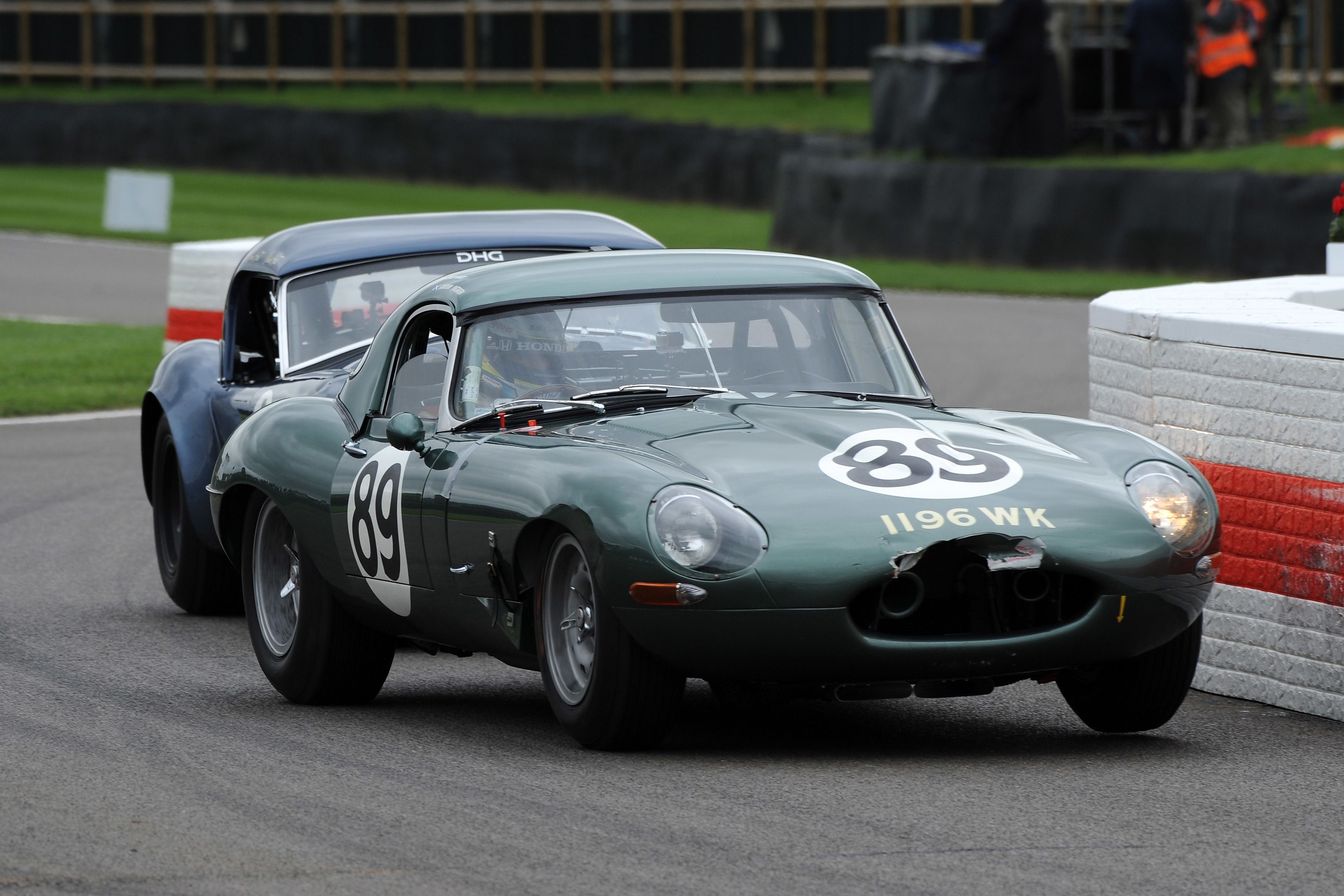