Strakka, which notched up top-six finishes at the Le Mans 24 Hours in 2010 and '13 with LMP2 and LMP1 machinery respectively, will field a minimum of four McLaren 650S GT3s in both the Endurance and Sprint Cup segments of the BGTS in 2017.

The plan is that it will run three McLarens in the pro class and one in the pro-am class in which team founder Nick Leventis will drive.

The deal that covers the 2017 and '18 seasons is being billed as a long-term partnership and will involve Strakka running the drivers chosen for McLaren's GT Academy in one of the cars.

Leventis said: "Creating this partnership with such an esteemed brand as McLaren is, for me, the most exciting chapter and proud moment in Strakka's 10-year history."

Strakka team principal Dan Walmsley explained that there were a number of factors behind the decision to switch from the LMP2 division of the WEC to the BGTS.

"The chance to work with a prestigious brand like McLaren is one, but we have wanted to expand to a multi-car programme for some time and never quite managed it in LMP2," he said.

"This move is designed to help us fulfil our ambition to be a sustainable motorsport business: there are a lot of commercial opportunities in GT racing, including the fact that the cars have more acreage for sponsors."

Strakka will decide on its driver line-ups after an extensive winter test programme.

The team stressed that it had ambitions to return to the WEC in the future. 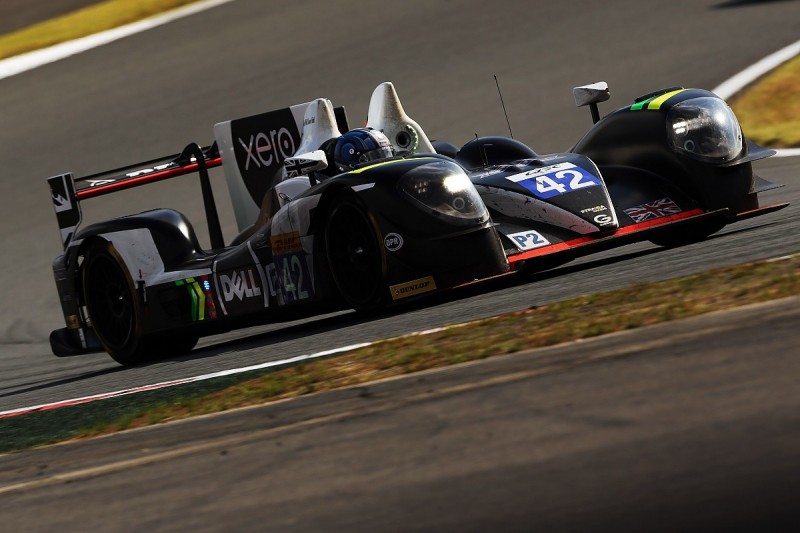 It did have aspirations to race in the LMP1 privateer ranks next year with a development of the Straka Dome S103 P2 car that it raced briefly in 2015, but opted against it following the late release of a package of rules breaks designed to encourage independent teams.

Strakka called an early halt to its 2016 WEC campaign with a Gibson-Nissan 015S as a result of engine damage sustained in last month's Fuji round.

It was unable to get a new engine to China in time for last weekend's round and also withdrew from the Bahrain finale later this month because it would have been required to take a three-minute stop-go penalty for exceeding its allocation of engines for the season.