Following the California 8 Hours in 2018, where Leventis had scored eighth overall in a Strakka Mercedes-AMG GT3 at Laguna Seca (pictured below), Leventis tested positive for two different types of anabolic steroids.

The FIA reported that 39-year-old Leventis - who founded Strakka - was not able to provide a therapeutic use exemption.

Leventis "admitted the anti-doping rule violation charged and has accepted the consequences proposed", according to the FIA Anti-Doping Disciplinary Committee decision document.

Leventis loses the eighth place scored alongside David Fumanelli and Felipe Fraga, and the points he gained towards the Intercontinental GT Challenge championship.

The driver's ban began on October 28 2018 and runs for four years from that date. An excerpt from the statement issued by the FIA Anti-Doping Disciplinary Committee read: "The Driver has claimed, in later correspondence dated 25 March 2019, that the commission of the anti-doping rule violation was unintentional, explaining that the anastrozole was prescribed by a doctor and that the drostanolone was supplied to him by a personal trainer (under a brand name). 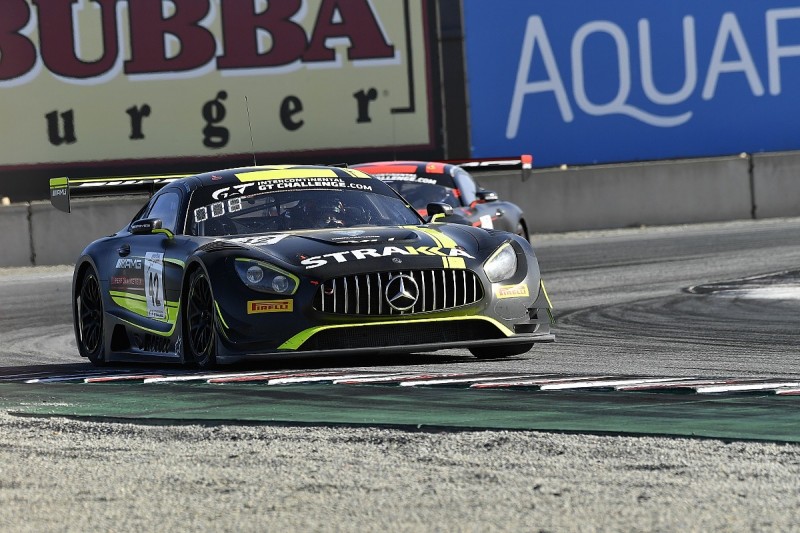 "The Driver says that the substances were administered without any intention to enhance his performance and that he did not know there was a risk that the administration of the substances would result in an anti-doping rule violation.

"However, given that he has retired from motorsport, the driver has indicated that he does not wish to fight the anti-doping proceedings against him and he is, therefore, prepared to accept the consequences prescribed by the FIA ADR."

The terms of the ban - outlined in article 10.12.1 in the FIA Anti Doping Regulations - stipulate "no driver may, during the period of ineligibility, participate in any capacity in a competition or activity" that is sanctioned by the FIA or one of its national sporting authorities, unless it is for anti-doping or rehabilitation purposes.

But Leventis's admission that he has "retired from motorsport" means he is unlikely to fall foul of breaching that regulation.