Euroformula Open driver Sean Walkinshaw is to follow his late father Tom into sportscar racing, starting with an assault on this month's Gulf 12 Hours in Abu Dhabi

The 21-yer-old Briton, who has raced in the series formerly known as European Formula 3 Open for the past two seasons, will drive a Ferrari 458 Italia GT3 car for the United Arab Emirates-based Dragon Racing team at the Yas Marina event on December 13.

The drive follows the decision to call time on his single-seater career and is designed as a precursor to a full-season of sportscar racing, most likely in the Blancpain Sprint Series, in 2015.

Walkinshaw told AUTOSPORT: "I've always had the goal to do sportscar and GT racing.

"I could do a couple more years of single-seater, but the likelihood is that I'm not going to make it Formula 1, so I might as well make the switch now.

"I'm still 21 so this could be a good time to make the move and it will be good to bring the Walkinshaw family name back into endurance racing."

Tom Walkinshaw, who died in 2010, made the switch from single-seaters in 1974 to race in the British Touring Car Championship. 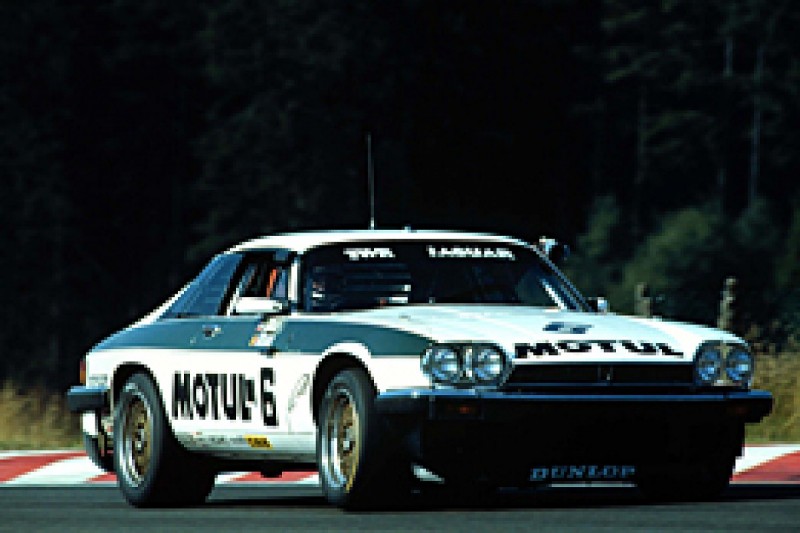 He went on to have a successful endurance racing career that included victory in the 1981 Spa 24 Hours and the 1984 European Touring Car Championship with machinery prepared by his own Tom Walkinshaw Racing organisation, which subsequently mastermind Jaguar's successes at the Le Mans 24 Hours.

Walkinshaw Jr said he was "pretty close" to finding a budget for next season.

"Ideally I want to do the BSS and the Spa 24 Hours, but I am open to doing the Blancpain Endurance Series," he explained.

Walkinshaw, who sampled a GT3 car for the first time with a test aboard a JRM Nissan GT-R NISMO at Donington Park in October, will not get to drive the Dragon Ferrari ahead of the Abu Dhabi event.

"It is a perfect event to make my GT debut because there's a lot of seat time for each driver," he said.