The Porsche factory pairing, who sealed the WEC GTE crown at the Le Mans 24 Hours last month, will race one of the German manufacturer's 911 GT3-Rs for the Dubai-based GPX Racing team in the Blancpain GT Series Endurance Cup round on July 27/28.

Estre and Christensen will share the car with fellow works WEC driver Richard Lietz, who won the WEC GT title in 2015.

They take over the car from the pro-am line-up of Stuart Hall, Benjamin Goethe and Jordan Grogor, who raced the car in the opening three BGTS endurance race and will return to the car for the series finale at Barcelona in September.

"I think we've shown just how serious our approach is during the opening races of the season and it really is a huge sign of their confidence in us.

"The support at Spa not only involves the drivers, as we're also receiving technical back-up."

GPX is contesting the BGTS endurance races this season alongside a campaign with the Porsche in the Creventic 24H Series after graduating from the Gulf Sportscar Championship and Creventic events in which it fielded a Renault RS.01 one-make racer. 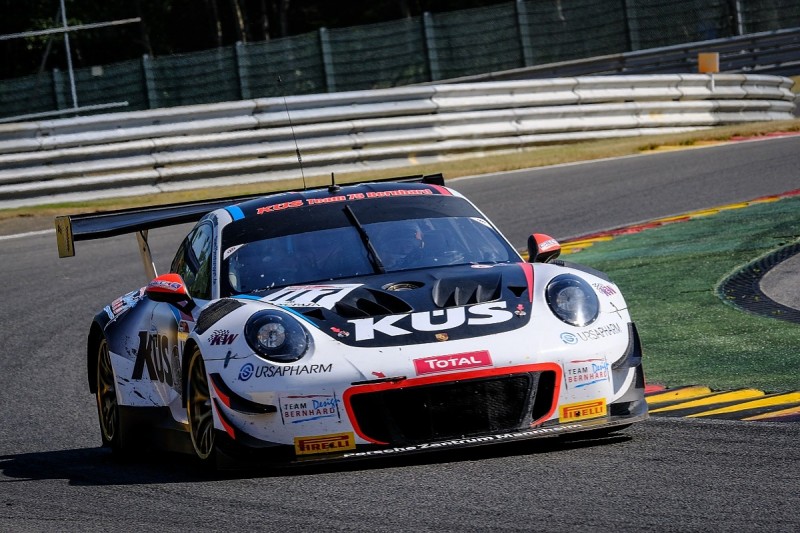 The team owner will share the Team75 Bernhard Porsche with another outright Le Mans winner in Earl Bamber and 2014 Spa winner Laurens Vanthoor.

The plan, which was announced back in January, remains in place despite Rowe expanding its full-season attack from one to two factory cars.

They will share two Porsche in the official pre-race test at Spa on Tuesday and Wednesday of this week with the team's regular drivers before the third car comes on stream for the race.