Panoz to return to racing in 2017 Pirelli World Challenge

Panoz, which took eight outright American Le Mans Series wins with its front-engined prototypes in 1999-2002, will field a pair of new Avezzanos in the secondary GTS class of the PWC this season.

The move follows a five-year absence by Panoz from the sportscar arena, stretching back to the shortlived Abruzzi project of 2010-11.

The first driver confirmed for the two-car team of V8-powered racers developed out of its latest roadgoing sportscar is ex-patriate Briton Ian James, who formerly raced the Esperante and Abruzzi for the US manufacturer.

The Team Panoz Racing squad is run by veteran racing boss Tom Milner, whose Prototype Technology Group organisation masterminded the US marque's factory programme in the ALMS with the Esperante GT2 car in 2007-09.

The programme will put the Avezzano up against GT4 machinery such as the Porsche Cayman GT4 Clubsport, as well as the Chevrolet Camaro Z/28.R. 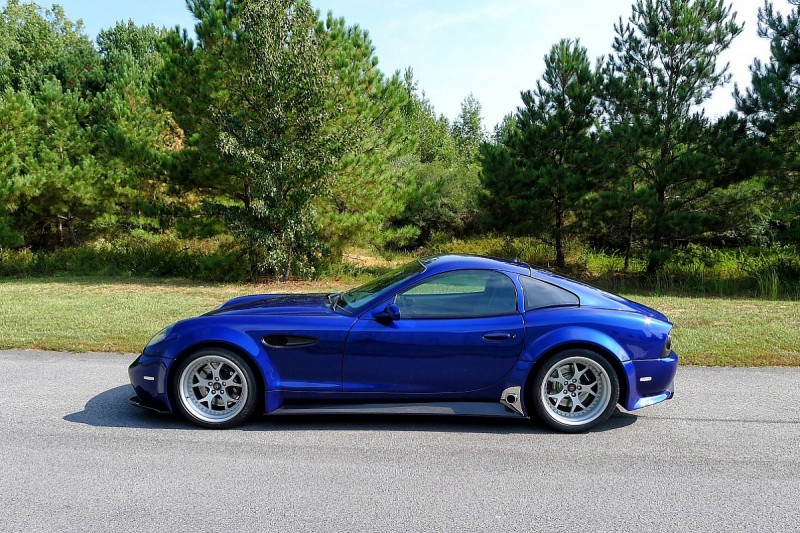 The car is due to begin testing in March, shortly before its projected race debut in the PWC opener in St Petersburg on March 11-12.

The cars will be run by the same Georgia-based squad that fielded the Panoz-owned DeltaWing prototype in the ALMS and then the IMSA SportsCar Championship in 2013-16.

Plans to race a GT based on the DeltaWing technology are understood to be on the backburner.

The Avezzano will be the first Panoz road car since the Esperante, which was launched in 2000, following the cancellation of the Abruzzi project for homologation reasons.

It is built around a Panoz/Elan V8 with its roots in a Ford powerplant and the same extruded-aluminium chassis technology of its predecessor.

Production has already started and the first deliveries of road cars are expected in the summer.