Sebastien Loeb took his first championship race win in the FIA GT Series at Navarra, as he and Alvaro Parente led the sister Sebastien Loeb Racing McLaren home for a one-two finish

Loeb led from the start, and while initially under pressure from team-mate Andreas Zuber, he kept the lead in order for Parente to consolidate the result in the second stint of the race.

Loeb and Parente had won the qualifying race three times this season, but were yet to finish on the podium in the main event. The result now moves them up to fourth in the Pro Cup standings.

The Frank Stippler and Edward Sandstrom WRT Audi finished in third place, and in doing so slashed their deficit to points leaders and team-mates Stephane Ortelli and Laurens Vanthoor.

Ortelli was spun to the back of the field on the opening lap, after contact with Allam Khodair's Team Brazil BMW.

Vanthoor recovered the car to be right on the tail of Sandstrom's Audi, but brake failure forced him into the pits, leaving them in last position.

Going into the final round in Baku, the points difference between the two cars is only five points.

Sergei Afanasiev and Andreas Simonsen controlled the Pro-Am race once again, extending their championship advantage and finishing in fourth position overall, ahead of the Oliver Jarvis/Niki Mayr-Melnhof WRT Audi.

Wolfgang Reip put in a series of great overtaking moves to finish second in Pro-Am, after team-mate Steve Doherty had been running as high as third overall in the opening stint. 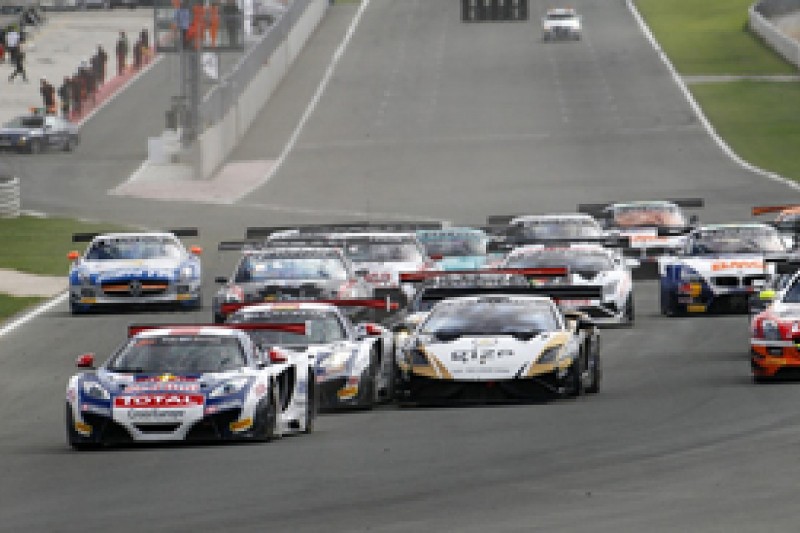 Despite a drive-through penalty for punting the Caca Bueno Team Brazil BMW off the road, Stef Dusseldorp and Alon Day brought their HTP Mercedes SLS home in seventh place, but Day is now out of the running for the title.

Atila Abreu finished eighth for Team Brazil, bringing the BMW he shares with Sergio Jimenez home ahead of the third place Pro-Am Audi of Cesar Campanico and Michael Ammermuller.

Hari Proczyk lost considerable ground in the Pro-Am standings to the Afanasiev/Simonsen Mercedes, as he and Gerhard Tweraser could only manage 10th, after starting their GRT Lamborghini from third on the grid.