Injured Craig Lowndes out of Bathurst 12 Hour, Rick Kelly in

Three-time V8 Supercars champion Craig Lowndes will miss next month's Bathurst 12 Hour, after breaking his collarbone in a motorcycle crash

Lowndes, who won the GT race in a Ferrari in 2014 to add to his six Bathurst 1000 victories, fell while riding with friends last Sunday.

The 41-year-old is a keen motorcycle rider and will undergo surgery later this week.

While the Triple Eight driver expects to be fit for the start of the V8 Supercars season in March, he will miss the 12 Hour.

Lowndes was due to share an Audi R8 with 2007 V8 Supercars champion Garth Tander and Steve McLaughlan, with that team now searching for a replacement.

"Obviously I'm very disappointed to be missing the 12 Hour but my focus is on being fully recovered and ready to go for the V8 Supercar season, which I am on course to do," he said.

A host of other V8 Supercars drivers will contest the 12 Hour after missing last year's race due to an ill-timed, mandatory V8 test.

Nissan has called Rick Kelly into its line-up, to partner Florian Strauss and Katsumasa Chiyo, winners with the Japanese manufacturer last year.

Kelly, whose family team runs Nissan's V8 programme, raced a GT-R in 2014, with that entry crashing out early in the race.

"We showed great pace and potential in 2014 but unfortunately our race ended early in the day," the 2006 V8 Supercars champion said.

"Then in 2015 the team, car and drivers all performed superbly to take a spectacular win.

"I was so pleased for Nissan to win, but it was tough to watch as opposed to being a part of it.

"So I'm really happy to be coming back to reunite with the NISMO team, with Chiyo-san, Florian and the Nissan GT-R NISMO GT3.

"That car is just amazing to drive, especially around Bathurst, where it is unbelievable." 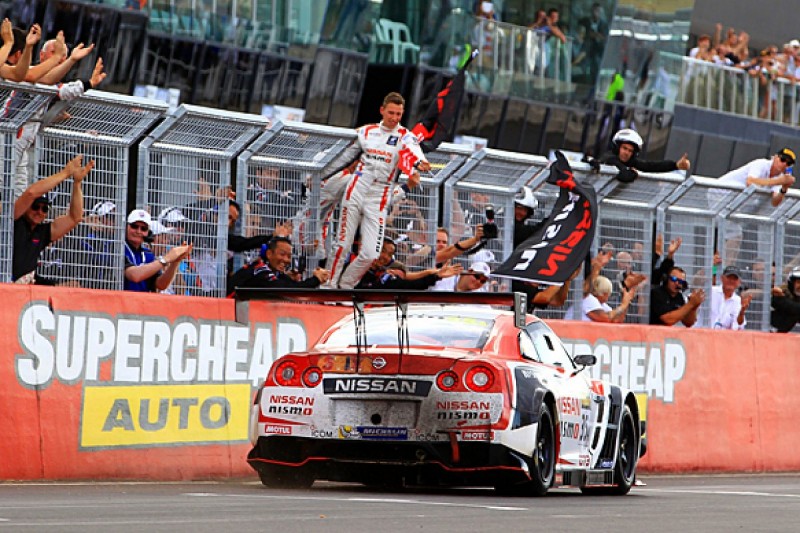