The 29-year-old, winner of Nissan's gamer-to-racer scheme in 2012, has been signed to race alongside Andy Soucek and Maxime Soulet in M-Sport's #8 Bentley Continental GT3 in the five BGTS enduros.

The move follows Reip's release by Nissan after his successful season in the Blancpain Endurance Series last year in one of the Japanese manufacturer's factory RJN-run GT-R NISMO GT3s.

Bentley motorsport boss Brian Gush said: "For the past two seasons we have enjoyed some really close battles with Wolfgang, so we invited him along to test with us.

"We were very impressed and we're pleased to welcome him as our latest Bentley Boy."

Reip added that driving for "such an iconic and prestigious brand is a dream come true".

The Belgian has replaced Maximillian Buhk, who opted to stay with the HTP Motorsport squad after its switch from Bentley to Mercedes and has been contracted to AMG as one of its pool of GT drivers.

Reip was given a test by M-Sport during the official BGTS test at Paul Ricard earlier this month and was in competition for the drive with Briton Matt Bell, who raced for the team in the Bathurst 12 Hours in 2015-16.

The lead Bentley will be raced in the enduros, which include the Spa 24 Hours in July, by Steven Kane, Guy Smith and factory newcomer Vincent Abril.

The two Continentals in the Sprint Cup segment of the BGTS will be driven by Kane and Abril, who won the title last year aboard a factory-supported HTP car, and Soucek and Soulet. 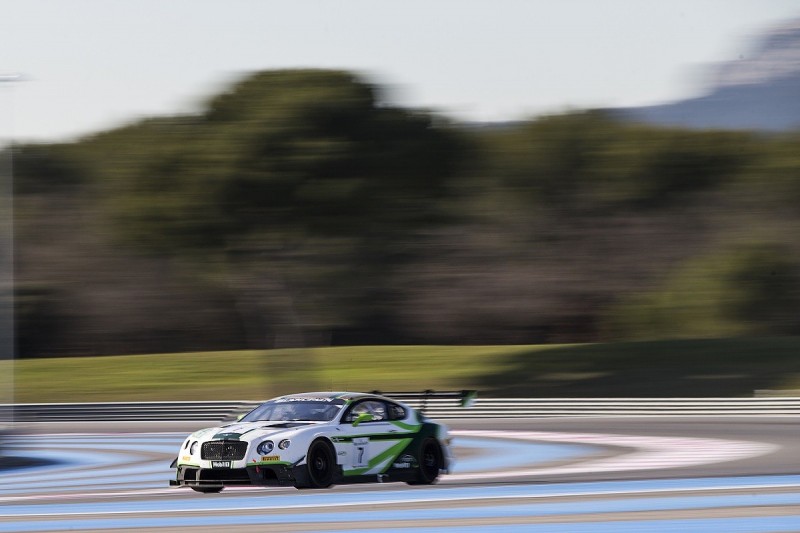 Bentley's signing of Wolfgang Reip is 'approval' of gaming scheme