Button had qualified the #100 Honda NSX-GT in fifth position in a wet qualifying on Saturday and also started Sunday's race.

While Button managed to get off the line well, he slipped down to eighth place by Turn 1, although he would later gain two places back from two Nissans that were later handed penalties for jumping the start.

On lap 12 of 82, while battling his way up the field and managing his way through GT300 traffic, he let the door wide opened and allowed the Bandoh Lexus of Kenta Yamashita through to net sixth position.

But Button had been preserving his tyres ahead of his scheduled stop just before half-distance, with the team electing not to change the rubber on his Honda.

This allowed Button's team-mate Yamamoto to emerge out of the pits in second, but several seconds behind the race leading #17 Real Racing Honda. 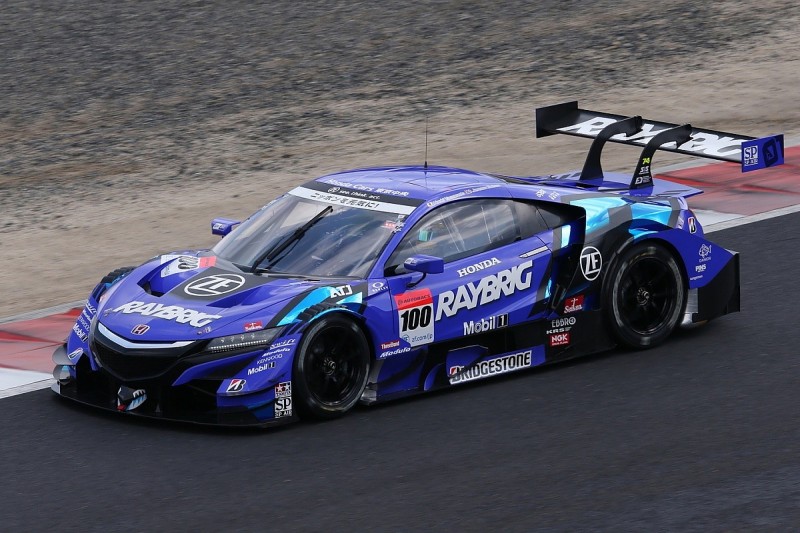 Yamamoto proceeded to bring down the gap to the sister Honda driven by Koudai Tsukakoshi, eventually closing within a second by the penultimate lap.

But then traffic gave Tsukakoshi - who was compromised by external debris struck on his car's radiator - just enough breathing space to take Real's first GT500 win since 2010.

Defending champions Nick Cassidy and Ryo Hirakawa finished third in the leading Lexus, having led the race before the pitstop sequence.

Cassidy had shot up from ninth on the grid to fourth in the opening laps and was promoted to second after the Nissan cars served their penalties.

He then hammered down Real Honda's Takuya Izawa, passing him at the hairpin on lap 38 of 82.

However, a late pitstop dropped him and teammate Hirakawa down to fourth place, before the Japanese driver overtook the #6 Team LeMans car of Felix Rosenqvist and Kazuya Oshima to secure the final spot on the podium.