The 2005 DTM champion ventured into GT competition for the first time in last weekend's race in a factory-backed HTP Motorsport entry.

While maintaining the view that the DTM would remain his priority, the Briton says the twice-around-the-clock race has cemented his desire to grab other sportscar chances through Mercedes.

"Going into the weekend, I was thinking about it, but now it's over, I'm 100% convinced that I want to come back and compete in more races," he said.

"Of course, it's a bit different: the cars aren't quite up the level of the DTM.

"But with a field of 65 cars, you're overtaking four or five of them on each lap. It's absolutely incredible.

"You won't see anything like it in any other racing series." 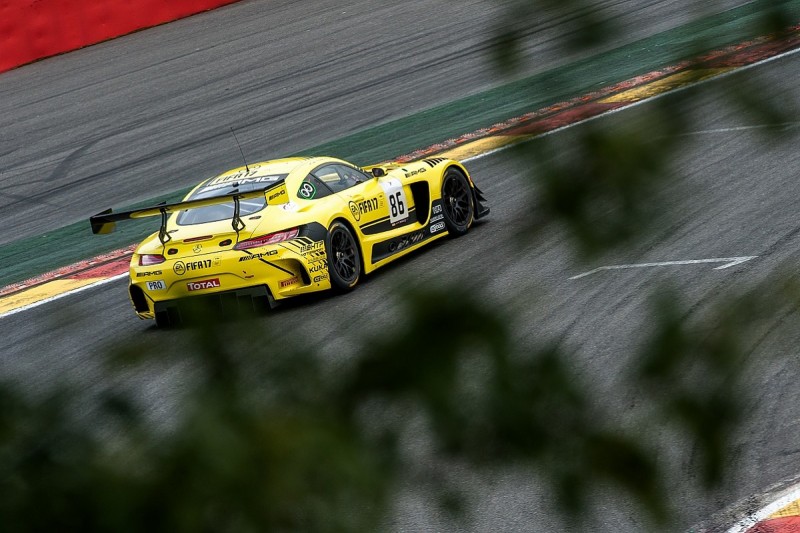 Paffett was teamed with DTM stablemate Maximilian Gotz and Thomas Jager, and Gotz topped the superpole session only to lose his time due to a yellow-flag infringement.

The car was then one of six Mercedes entries sent to the back of the 20-car superpole group on the grid and handed a five-minute penalty in the race for technical irregularities.

It was then on track to finish third in the race, but dropped to fifth after having to serve a drivethrough penalty for an unsafe release from its final pitstop.

"I don't think it was what you could call a 'normal' 24 Hours of Spa," Paffett said.

"It was amazing to see our speed, then to get the penalty, to start from so far back and to get ourselves within reach of a podium, just one-and-a-half laps adrift.

"And then all the drama of the final half-hour in which we were hit with a penalty and missed out on the podium.