Having taken over from Afanasiev following the mandatory pitstop, Kroes made two decisive overtakes at Les Combes on team-mate and race one winner Jack Bartholomew and the polesitting Target Racing-run car of Davide Venditti.

Kroes and Afanasiev now hold a 13 point advantage over the Imperiale Racing duo of Vito Postiglione and Kikki Galbiati heading into the penultimate round of the season at the Nurburgring.

Postiglione and Galbiati started Friday's opening encounter from pole position but were quickly swallowed up by the chasing pack following the rolling start.

This allowed the sister Imperiale Racing car of Karol Basz to assume the early lead from Kroes and the #66 Micanek Motorsport ACCR car of Josef Zaruba.

Postiglione's nightmare start was then compounded after he made contact with the Leipert Motorsport-run car of Anthony Lambert at La Source.

Both suffered damage that caused Postiglione to retire, while Lambert's team-mate Niels Lagrange brought the #30 home in eighth.

Zaruba managed to shuffle out in the lead following the pitstops but was later penalised after failing to respect the 90-second minimum pit time.

Bartholomew brought the #32 Bonaldi car in one lap before the leading trio and it helped his team-mate Stuart Middleton surge past three cars in two corners to take the lead at Les Combes. 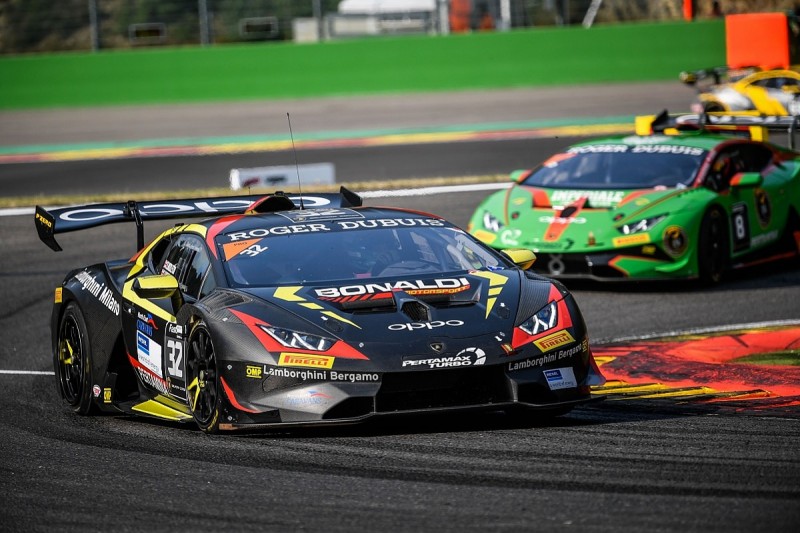 The former British GT4 driver slipstreamed past the #8 car - now with Bartosz Paziewski at the wheel - on the exit of Raidillon before passing both Zaruba's team-mate Jakub Knoll as the pair braked for Les Combes.

Middleton then seized the lead from Afanasiev around the outside of the corner and immediately broke clear, winning by 9.758 seconds.

Di Folco started race two from pole and built a comfortable four-second margin over Middleton despite an investigation for the former's start procedure.

The #9 rejoined from the pitstops still in the lead but quickly came under pressure from a charging Bartholomew and Kroes.

Kroes then made a daring move around the outside of Bartholomew at Les Combes to grab second, before going to the inside of the same corner to snatch the lead from Venditti with eight minutes remaining.

Galbiati and Postiglione recovered from their first race retirement to finish behind Venditti in third place, passing Bartholomew late on.

Leipert Motorsport's Mikki Eskelinen and Jake Rattenbury were denied a double triumph in the Am class after being taken out of the second race by the GT3 Poland-run car of Andrej Lewandowski.

A strong opening stint in the first race meant that Rattenbury ran as high as sixth overall before Eskelinen took over.

They were set to repeat that performance at the start of race two, but suffered suspension damage early on and retired soon after. 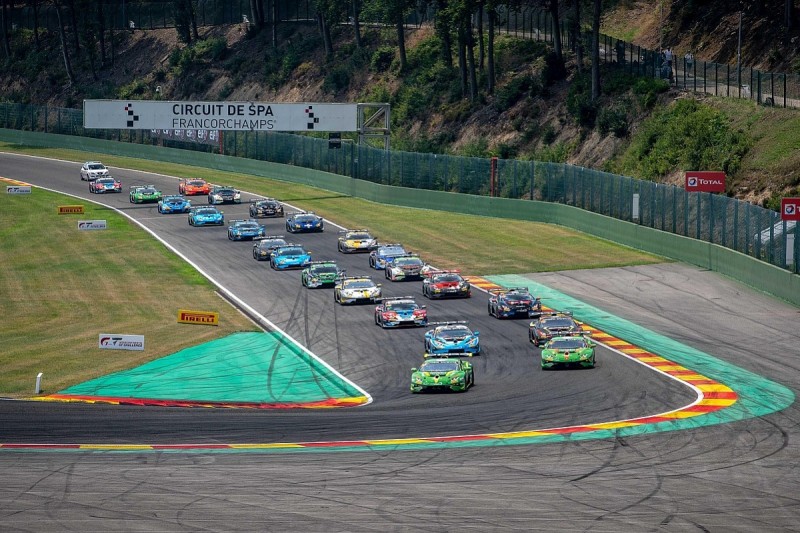