It was an action-packed 12 hours for the quartet, particularly during a wild stint from Habul early in the race that included two drive-through penalties for restart infringements and a spin at the final corner.

However the car stayed on the lead lap all day, before flawless stints from Stolz and Gounon in the last three hours sealed a comfortable win.

It is Gounon's second consecutive Bathurst 12 Hour crown, following victory driving for Bentley in 2020, while Stolz, Konrad and Habul are all first-time winners.

It was an all-Mercedes podium with Maro Engel/Kevin Tse/Daniel Juncadella second in a Craft-Bamboo car that started from the very back of the grid after an engine change forced it to miss qualifying on Saturday.

The SunEnergy1 car dominated the first stint of the final quarter of the race thanks to the efforts of Stolz.

It was Juncadella that kicked off the penultimate round of stops, the Spaniard stopping at the 9h42m mark to hand over to Maro Engel. 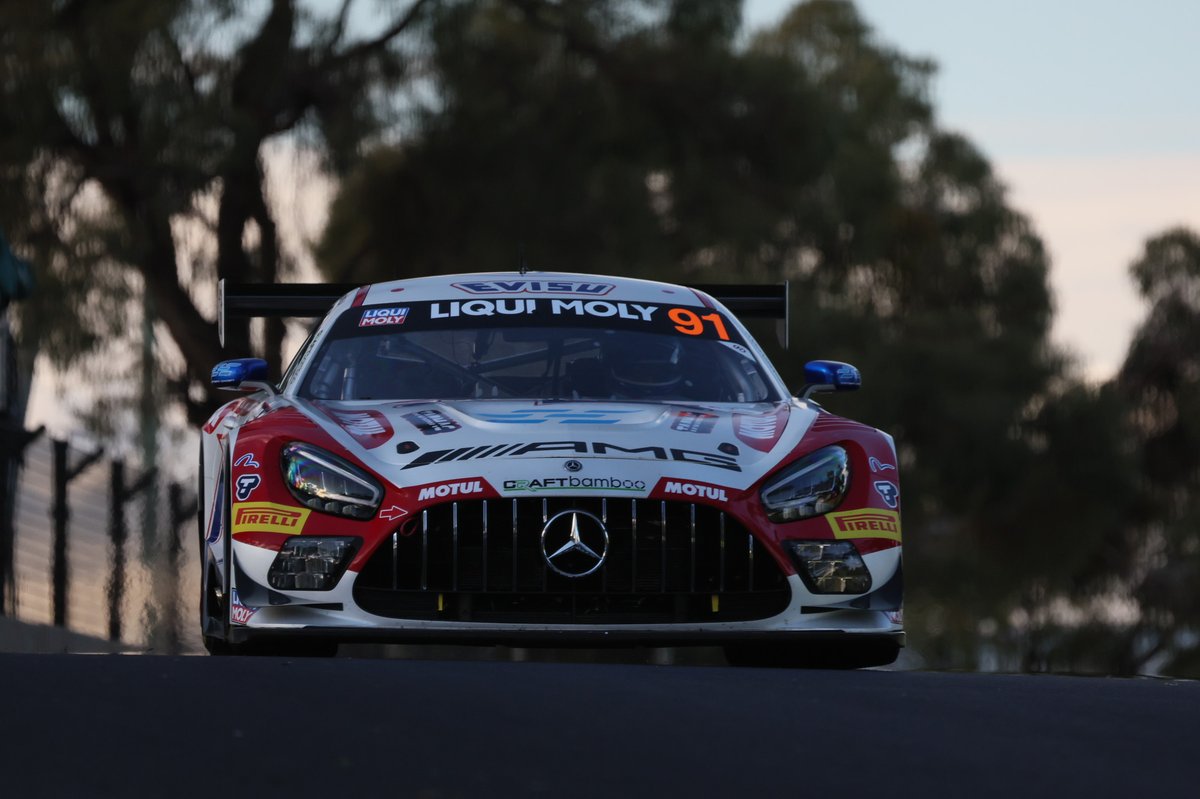 Improving conditions meant the Craft-Bamboo car was also fitted with slicks after a stint on wets.

The SunEnergy1 Racing crew immediately covered the Craft-Bamboo stop, Stolz pitting on the next lap for slicks and to hand over to Jules Gounon.

Meanwhile there was a scare for Engel who understeered off the track and into the Turn 1 gravel trap as he started his second lap.

He managed to get the car through the gravel and continue, however a subsequent vibration left the team concerned about possible tyre or splitter damage.

Those fears weren't realised, Engel able to continue on his quest to run down the SunEnergy1 car. However he was unable to make much ground on Gounon, the gap hovering around the 12-to-15-second mark for much of the stint.

At the 10h55m mark Engel pulled the trigger on the final round of stops, pitting for fuel and four new tyres.

Gounon covered that stop the next time by, however a slower stop meant the margin was slashed to a little over eight seconds.

But that was as close as Engel could get, Gounon expertly managing the gap across the final stint as he took the chequered flag for a second consecutive Bathurst 12 Hour.

"I was pushing a lot, Maro also," said Gounon.

"It was very difficult, it was the first one that was going to give up, but I never gave up.

"I'm so happy for Kenny, Martin, Luca, they drove fantastic. It was crazy weather when I was driving, I was like, 'this is a remake of 2020, please no rain!'."

"I'm speechless. I've got half a woody I'm so excited," said expat Aussie Habul, who was ecstatic with the victory.

"Thanks to Mercedes AMG. Thanks to the Mountain. Thanks to the town of Bathurst for this. Thanks to Australia for having the best race. I've been everywhere, I've done them all – Spa, Suzuka Hungary, wherever.

"This is the greatest track in the world and the most difficult."

Second place for the Craft-Bamboo crew was underpinned by a clever strategic move early in the race.

The car spent much of the early stints cycling through the pits which meant it had cleared its mandatory nine, two-minute compulsory stops earlier than anyone else, and could revert to normal stops for the second half of the race.

The third-placed T8 car, which finished 1m35s behind the winner, was never in the hunt on outright pace, particularly during the Am stints, but enjoyed a mostly clean race to end up on the podium. 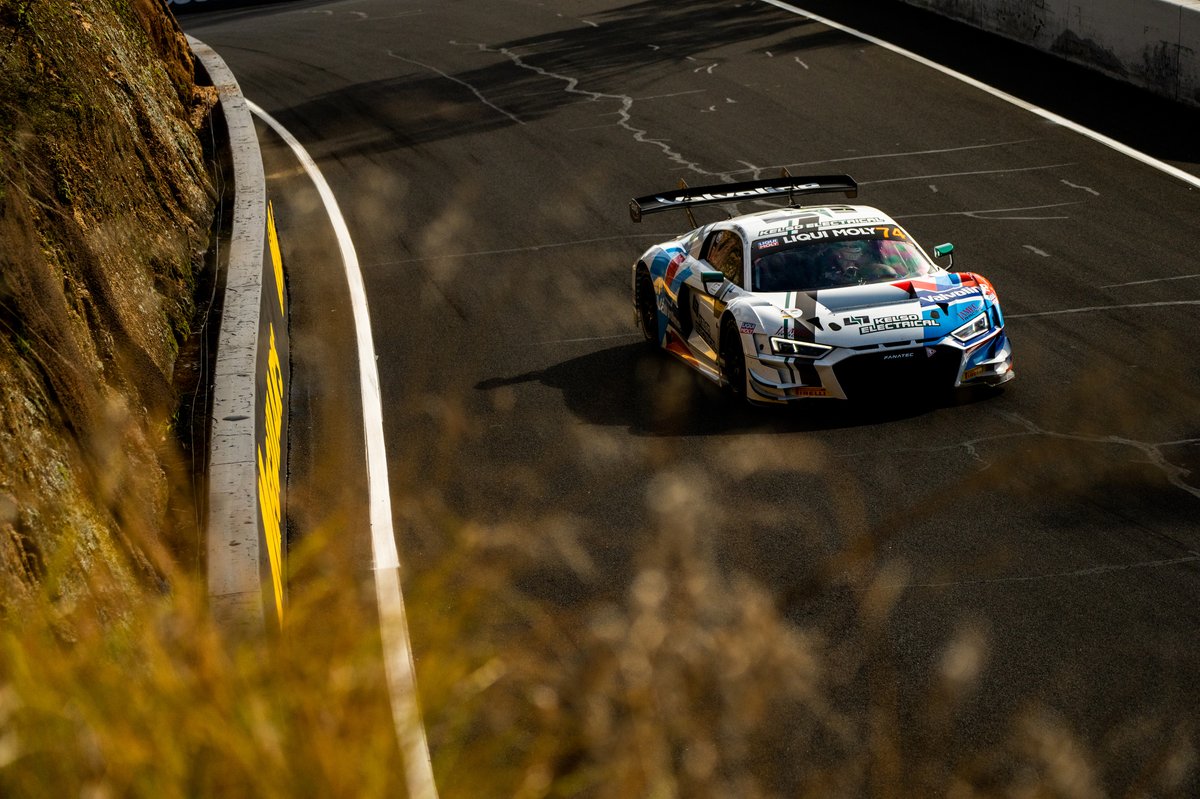 The #74 Melbourne Performance Centre Audi finished fourth, a lap down, despite some rapid work late in the race from Kelvin van der Linde.

The South African looked to be making a point in his double stint to the finish, setting several fastest laps as he circulated in the 2m03s while the leaders were in the 2m05s.

But as spectacular as it was, it wasn't enough to get back the lap lost to a penalty for exceeding driver time earlier in the race.

The Am class win went to the #47 MPC Audi driven by David Russell, James Koundouris and Paul Stokell, who also finished ninth outright.

It was a remarkable turnaround for that crew after their original car was destroyed when Theo Koundouris crashed during practice on Friday.

MPC freighted a spare Audi to Bathurst from Melbourne and upgraded to EVO II spec so that it could take part in the race.

None of the Invitational class runners were classified.