The new car developed at the Prodrive-run Aston Martin Racing organisation will share the majority of its components with the second-generation Vantage WEC racer, which is making its race debut in this weekend's series opener at Spa.

That distinguishes it from the outgoing Vantage GT3 model, which is powered by a V12 rather than a V8, and means that Aston is following the route taken by Ferrari in developing its latest GT3 car out of the 488 GTE.

AMR managing director and Prodrive motorsport boss John Gaw told Autosport: "Basing the car on the GTE Vantage offers economies of scale; if you have developed a new gearbox it makes sense to use it in the GT3 as well.

"The new car will have different aerodynamics and the driver aids allowed in GT3."

It will be powered by the same base engine, developed out of the four-litre AMG-Mercedes turbo used in the GTE.

Gaw underlined the importance of the GT3 category to Aston.

"GT3 is important to Aston Martin, both as a customer category and because of the number of big races for the cars around the world," he said.

"We are very proud of the heritage we have established as a leading supplier of customer GT cars, with customers racing our cars all around the world." 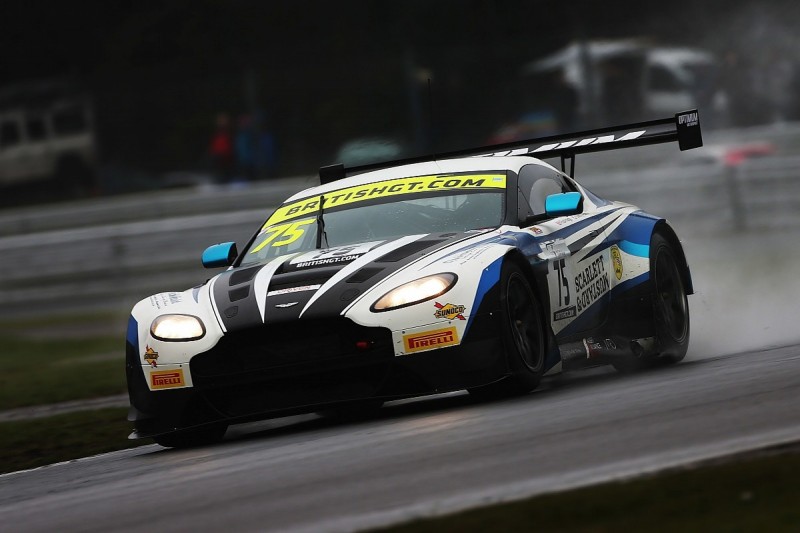 Gaw explained that he saw no issues in meeting the new production minimum for GT3, which mean AMR will have to build 10 cars in each of the first two years after the car's homologation.

Gaw pointed out that the original Vantage GT3 racer was still winning races in the British GT Championship (pictured above) seven years after its introduction.

"That longevity is something that separates us from other manufacturers," he said.

AMR has also announced plans for a new GT4 car based on the latest-generation Vantage road car.