The latest addition to Lamborghini's factory GT roster faced the tough prospect of abandoning his F1 dream while still at school. But 2020 British GT champion Sandy Mitchell has proved that the move was absolutely the right one, as he told JAMES NEWBOLD

The news shortly before Christmas that Sandy Mitchell had been appointed as a Lamborghini factory driver was a richly-deserved endorsement of his role in securing the marque's first British GT drivers' title in 2020. But it was also a triumph for pragmatism, which vindicated Mitchell's decision to leap off the single-seater ladder before his 16th birthday after just one season of Formula 4 in 2015.

Up against a stacked field that included future McLaren Formula 1 ace Lando Norris, an IndyCar race winner in Colton Herta and double winner of the Macau Grand Prix in Dan Ticktum, Mitchell had shown promise in the series then known as MSA Formula, with two wins at Thruxton the highlight.

"It was my rookie year and being 15 years old, it was really good experience to have because the competition was so high, you really had to push yourself," he says.

But, while his pace was not in doubt as he beat highly-rated Arden team-mate Enaam Ahmed in the standings - by his own admission, "it was just a little bit inconsistent" - Mitchell was forced to recognise "the opportunities for me weren't really there" to progress in single-seaters due to a lack of budget. For many, this would have been a crushing blow, but Mitchell refused to lie down and set his sights on forging a professional career in motorsport.

"I switched my mindset towards GT cars and have been very set on that since," he says. "It was difficult in a way because I did feel like I was letting go of the F1 dream but, to be honest, it excited me just as much and it was definitely the right decision."

For 2016, he joined Andrew Kirkaldy's Garage 59 outfit - branded as Ecurie Ecosse - to help develop the new McLaren 570S GT4. It was a serious responsibility for one so inexperienced, but Mitchell took it all in his stride. 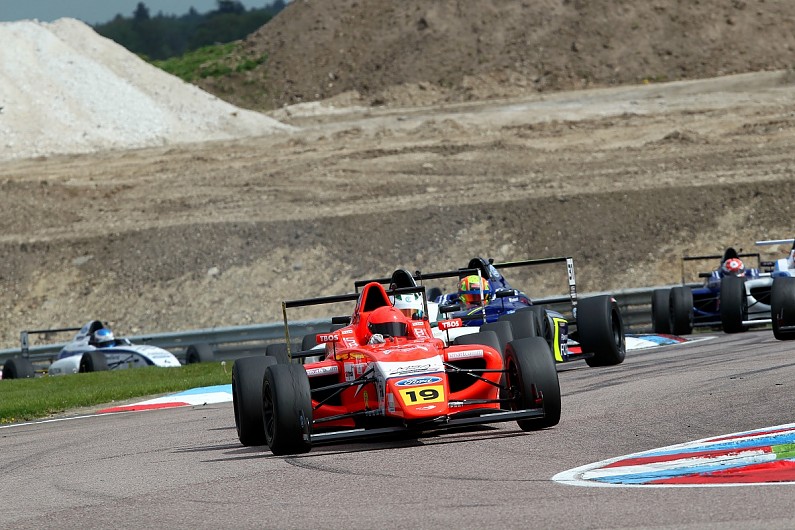 "Getting to go away to Paul Ricard to do testing for tyres and for the manufacturer was fantastic to be involved in," he says. "It helped me to mature quickly, my driving and my feedback was getting factored into some really important decisions, so it set me on the right path."

At the end of his second British GT season, after three wins in GT4 alongside fellow Scot Ciaran Haggerty, McLaren Automotive took GT4 production and sales in-house. Mitchell doesn't want to elaborate too much, only revealing that he "wasn't so much involved with McLaren but more with Garage 59". But no matter: "I started out with Lamborghini and it's gone very well ever since..."

Moving up to GT3 with Barwell Motorsport in the 2018 Blancpain GT Endurance Cup, he stayed on for a second year in 2019 alongside a parallel campaign in Super Trofeo North America that might have yielded the title together with Andrea Amici without a fuel pump problem on the way to the grid at the Laguna Seca finale.

"To put it all into a championship requires you to be consistent and the only mistake we made was one pitstop [at Snetterton] with one of the belts, so it proved that we could do it all year round" Sandy Mitchell

"It was fantastic," says Mitchell of his season in the US. "The tracks over there I really enjoy because they're like a lot of the British tracks but usually longer, the grass is right up to the exit kerbs and the walls are usually pretty close to the track.

"I didn't have much testing, so we arrived at most of the rounds on the race weekends having not seen the track before, but that didn't seem to matter because our pace was fantastic."

Having also taken a Silver class victory at the Spa 24 Hours in 2019, there could be no doubting that Mitchell had a bright future and delivering the British GT title with Rob Collard - plus a second Spa 24 victory in the Pro-Am class - in 2020 only confirmed what many in the corridors of power at Lamborghini already knew.

"To try and win [the British GT title] was the aim right from the outset," Mitchell says. "I knew that, as long as we made no mistakes, then we would have a really good chance. We were fast when we needed to be, winning a couple of races and the last round [at Silverstone to clinch the title] being the highlight, but also we were never lower than fifth or sixth in the races we classed to be not as good. 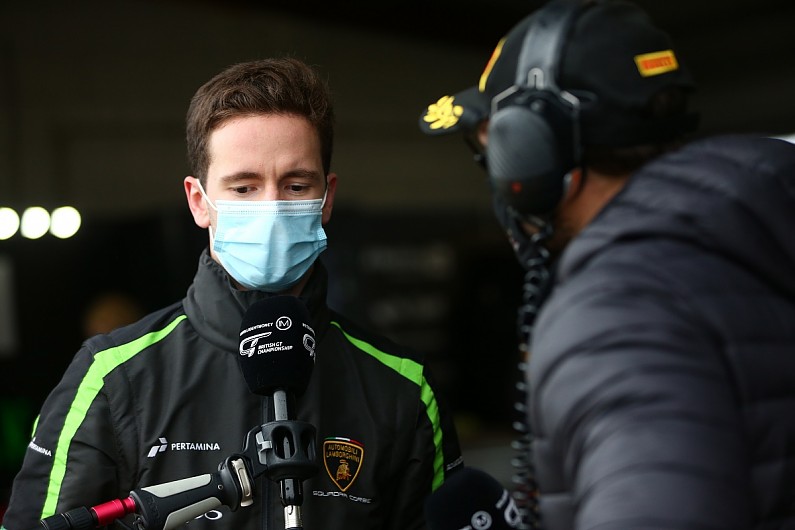 "To put it all into a championship requires you to be consistent and the only mistake we made was one pitstop [at Snetterton] with one of the belts, so it proved that we could do it all year round and be consistently fast each weekend. That's what you need, especially in endurance racing, so that's what helped to prove that I'm good for the job."

On the cusp of what will likely be his busiest racing campaign yet, and with the number one on his door in British GT, does he ever consider what would have happened if he'd stuck at single-seaters and perhaps gone up against Norris in F1? Not a bit of it.

"I certainly have no regrets," he says. "The opportunities that I've had through GT racing, definitely it was the right decision for me. I'm really proud to be able to have this [factory deal] and am definitely looking forward to being in the sport for a long time."

Of that, there can be little doubt. 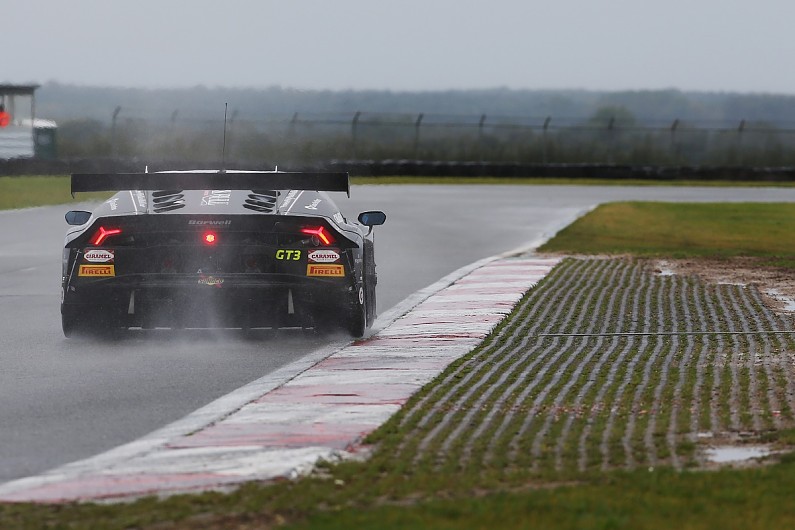