The Bathurst 12 Hour is unlikely to happen as an international GT race next year, according to Supercars boss Sean Seamer.

The Supercars-run event has staged the opening round of the Intercontinental GT Challenge in recent years, with teams representing manufacturers participating in the SRO-organised series flocking to Mount Panorama from around the world.

This year's event - won by Bentley - went ahead without any COVID-19 complications, as its early February slot was before the pandemic took hold in Australia.

However Supercars isn't expecting to be so lucky in 2021, with Australia's tough border restrictions likely to restrict movement from overseas teams.

"I think it's fair to say that it's unlikely for it to go ahead in the form that it went ahead this year, due to the number of international participants that the event has built over time," said Seamer.

"What we will do with that date, what we do with the track on that date is still to be determined, but that'll be clear when we release the calendar."

Seamer added that talks with SRO will take place once both parties have a clearer picture of how 2021 will look. 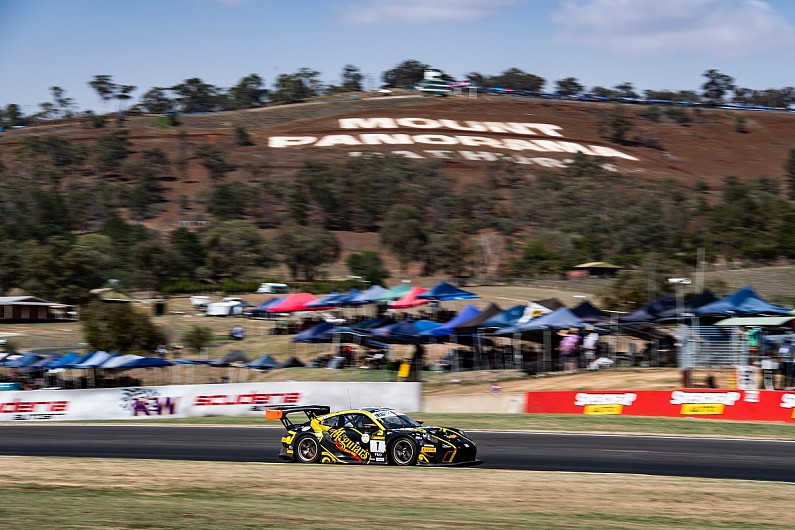 "It's under consideration but we've also got to work with the GT category to see what their plans are for next year as well," he said.

"At this point in time, particularly given that we're all still living in a world dominated by COVID unfortunately, everything's got to remain on the table."

A Supercars sprint round at Bathurst to open the season is the likeliest outcome should the 12 Hour not go ahead, particularly now the traditional season-opener on the streets of Adelaide has been moved back to later in the year.

The Supercars opener wouldn't necessarily be on that first February weekend, however, with a more traditional late February date more likely.

"The date's not specifically locked in," Seamer said.

"That date is obviously normally locked in because of the racing at Daytona, Dubai, and the rest of the GT calendar.

"So if we don't have the international competitor base that we would normally expect out there, then we've got a lot more flexibility and freedom around that date."

The 2021 Supercars schedule is set to be revealed next month.