© 2020 Autosport.  All rights reserved.
Previous / GTWCE opener in Italy cancelled due to coronavirus
Next / British GT finale clash with LM24 "a nightmare"

The 51-year-old will move away from the BTCC which he has competed in since 2000 - claiming the Independent's Cup in 2003 - having raced predominately with West Surrey Racing before moving to Power Maxed Racing last year.

This season he will share a Lamborghini Huracan GT3 with the Italian manufacturer's GT3 Junior Driver Sandy Mitchell to create a Silver-Silver pairing in British GT.

Barwell team principal Mark Lemmer said: "From what he [Rob Collard] said to me he wanted a new challenge. Rob is a great driver but it's yet to be seen how quickly he's going to adapt from a low-powered touring car to a high-powered GT car.

"He's never driven Spa before or the Silverstone Grand Prix layout so there's challenges ahead. Like me he's getting older in years but he's still a very capable driver.

"We're going to try and win the championship, that's the aim and that's why we're doing it.

"Originally we were going to be able to run in Pro-Am because of Rob's FIA Bronze grading for being over 50, but British GT wanted him to run in Silver class because he's too experienced. Only time will tell if that's fair or not, but it probably is fair." 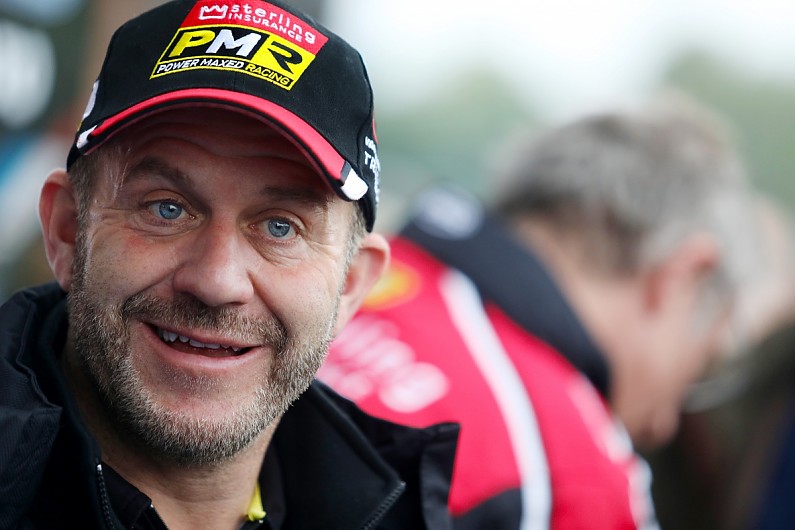 Collard has already conducted a two-day test at Paul Ricard in the Huracan GT3 and will take part in further testing ahead of the season opener at Oulton Park on 11 April.

He said: "After 20 years in the BTCC I was looking for a fresh challenge in motorsport. Watching my sons Ricky and Jordan's fantastic success over the last few seasons racing in GT3 and GT4 in Europe, I have definitely had my head turned and wanted to try something new.

"Driving a Lamborghini for such a successful team as Barwell Motorsport will be one of the highlights of my career."

Elsewhere, two-time British GT champion Andrew Howard will compete in the championship this season after all, despite initially saying his racing programme would be focused in Europe.

The Beechdean team owner, who was champion in 2013 and 2015, will partner Ross Gunn in one of the team's Aston Martin GT3s.

"I had planned not to race in British GT but it's been a difficult close season," said Howard, who forms a Pro-Am pairing with Gunn. "I don't know what it's been like for other teams, but from our perspective there's been a lot of uncertainty.

"My programme was always going to be the last to be decided - we sat down and decided what was the best level for me to race. We just found that [me doing British GT] was the best way to support the Silver-Silver car [the sister Aston that will be raced by Valentin Hasse-Clot and Jack Mitchell]."

Beechdean will expand to running two GT3 cars this season, after operating an Aston Martin in GT4 last year, with which Kelvin Fletcher and Martin Plowman won the Pro-Am title.