Having only made its race debut in the American Le Mans Series at Mid-Ohio the previous August, it was still relatively early in its gestation by the time it rolled into France, and victory in the GTE-Pro class was never on the cards for the Riley Technologies-run SRT Motorsport squad tasked with its development.

Its fastest race lap, set by Scotsman Ryan Dalziel, was over two seconds off the pace as Porsche and Aston Martin fought a private duel amongst themselves, but both cars made it to the finish, despite the torrential conditions, and there was plenty of optimism for its return the following year.

After all, the last car to bear the Viper GTS-R name debuted to little fanfare in 1996 but went on to score three straight class wins at Le Mans between '98 and 2000, adding outright wins in 24-hour races at the Nurburgring, Spa and Daytona too.

Only its Le Mans return in 2014 never happened, owing to a lack of funds from SRT parent company Chrysler, so 2013 remains the Viper's last appearance at La Sarthe in factory trim - although a customer effort run by Riley in 2015 gave European fans a second chance to listen to its thumping Roush V8 soundtrack.

Fitting then, that less than 48 hours after SRT's Kuno Wittmer clinched the first IMSA GTLM title - resulting from the unification of the ALMS and Grand-Am - in 2014 with a third-place finish at Petit Le Mans, Chrysler decided to axe the Viper programme at the peak of its powers. 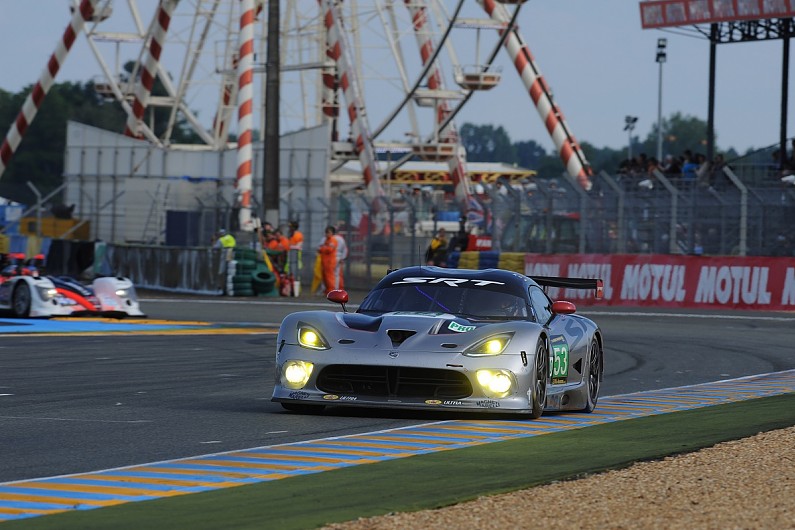 A solitary title and three wins in as many years may not seem like much in the grand scheme of things, but it overlooks the fact that many more would likely have followed.

The GTS-R's second coming stands as an almost-but-not-quite tribute to the original, a car with great potential that it was largely unable to realise due to factors outside its control.

It's precisely that legacy makes it a curiosity that fits well within the 'paddock' of new online racing car directory, Racing Edge.

Chassis GTSR2C01 - one of the four produced by SRT and scored Viper's first win at Road America in 2013 with Marc Goossens and Dominik Farnbacher, and finished eighth at Le Mans running as #53 - is available for the sum of USD $1,250,000 (£952,875) on the site, the brainchild of site co-founder Zane Mercey.

The Canadian is a specialist in luxury and rare automobile sales, with experience of working with Apple, Tesla and McLaren prior to starting the Racing Edge.

It was at McLaren where Mercey got a taste for motorsport, inspiring him to start racing in the Canadian Radical Cup, and he cites 1976 world champion James Hunt as his biggest motorsport influence.

"He was a square peg in a round hole," Mercey says of Hunt. "He was different and people were drawn to him for that. As a company, we want to be different too and enable individuals selling racecars or representing people selling racecars to access the wider motorsport community through use of technology." 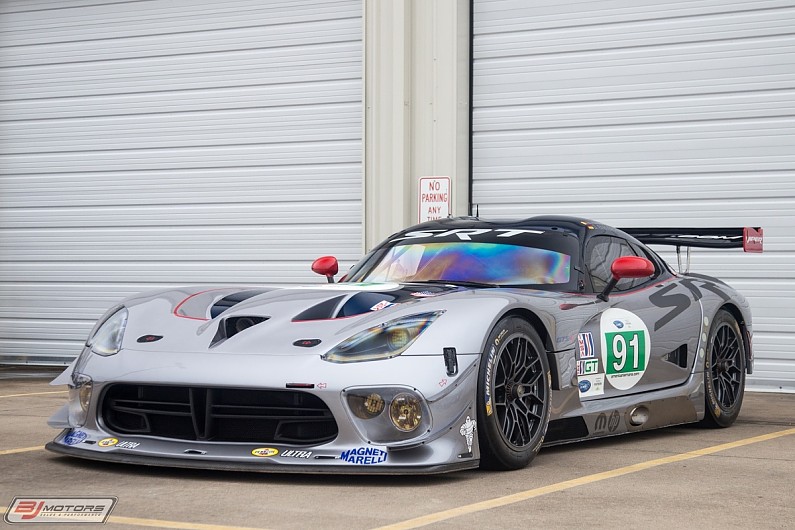 In addition to the Viper, a catalogue of forgotten gems including an ex-Sebastien Bourdais Newman-Haas Panoz that contested the 2005 Indianapolis 500, a fully restored 1969 Alan Mann Racing Escort and the Adrian Newey-designed Conte March 85G IMSA GTP that John Paul Jr. used to take pole for the 1985 Daytona 24 hours all feature in the quickly-expanding Racing Edge paddock, listed on behalf of private sellers.

"The key for Racing Edge is the confidence that you have in processing a transaction from £50,000 to £2-3m at a dealer, but with the reach and insight you get with a classified site," explains Mercey.

"It combines the online racing community with the traditional feeling you get from a brick and mortar store."

The Racing Edge is still in its early stages, but it has ambitious plans to make a name for itself in motorsport.

"The reception we've had as a new company reaching out to motorsport teams has been very positive so far," adds Mercey. "We spotted an opportunity within motorsport that teams wanted and were looking for."