Jenson Button says his SUPER GT season was compromised by Honda's new 2019 aero package being too "unpredictable" to race, leaving his car short of upgrades to match the competition.

Last year's champions Button and Naoki Yamamoto endured a winless campaign in 2019, finishing eighth in the drivers' standings with 37 points - less than half the tally of title-winning LeMans Lexus crew Kenta Yamashita and Kazuya Oshima.

Although the Anglo-Japanese pairing scored two podiums, their season was marred by crashes and a general lack of pace for Honda compared to Lexus and Nissan.

The NSX scored one victory - the opening round with Tomoki Nojiri and Takuya Izawa - and two pole positions both in the hands of Koudai Tsukakoshi and Bertrand Baguette.

Asked to explain the prime reason behind a lack of results, Button said Honda deciding to ditch its aerodynamic upgrade left it exposed to its rival manufacturers.

"The car wasn't quick enough this year," he told Autosport. 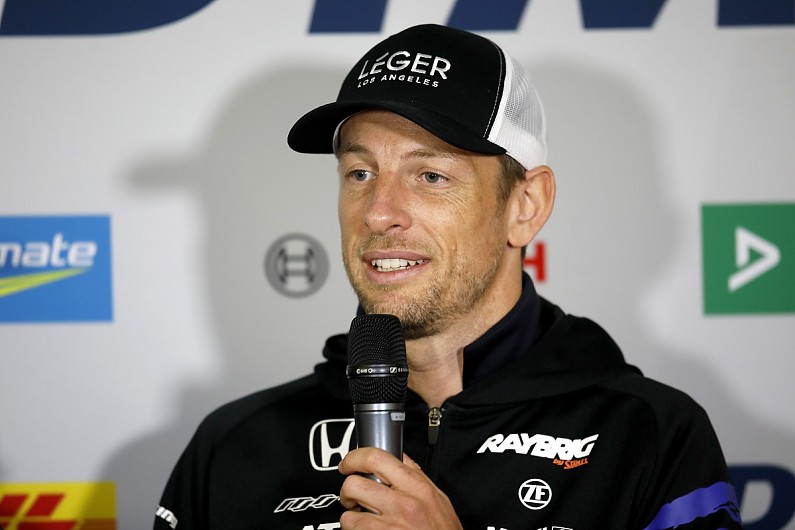 "We had an upgrade in terms of downforce. We tested it, one day it was extremely quick in Okayama with no wind.

"But as soon as there was wind, we struggled with it. [It became] very unpredictable.

"So we took the package off the car and this is basically the same car as we used last year and everybody else has developed.

"It was always going to be more difficult.

"Apart from that, we just crashed a lot.

"Both of us had never really crashed in our career but this year we both crashed so many times."

He added: "It's been a tricky year. But we've enjoyed it as well. It goes like that. I'm glad we had all the bad luck this year rather than some of it last year, because we wouldn't have won the championship."

Lexus swept the top four spots at the Motegi season finale last weekend, as TOM'S duo Nick Cassidy and Ryo Hirakawa claimed their first victory of the season ahead of champions Yamashita and Oshima.

Button described Lexus' pace advantage over the rest of the field as a "joke" and was perplexed by how the LC500 was so rapid on straights compared to the Honda NSX and the Nissan GT-R.

"The Lexuses are in a different category at the moment," he said.

"They are so fast on the straights. I mean, it's a joke how much faster they are.

"It's very different to every other race this year so it's a shame. I don't know if it's normal what they are doing, we definitely need to look at why they are so fast in a straight [line]."

Button announced his decision to depart SUPER GT at the start of last week, calling time on a two-year stint that yielded one victory and a rookie season title in 2018.

He and Yamamoto finished sixth in his swansong outing as a pairing at Motegi, less than a second behind the lead Honda of Baguette and Tsukakoshi.

Asked what he will miss the most about the series after his exit, Button said: "The racing is great. It's pretty crazy. 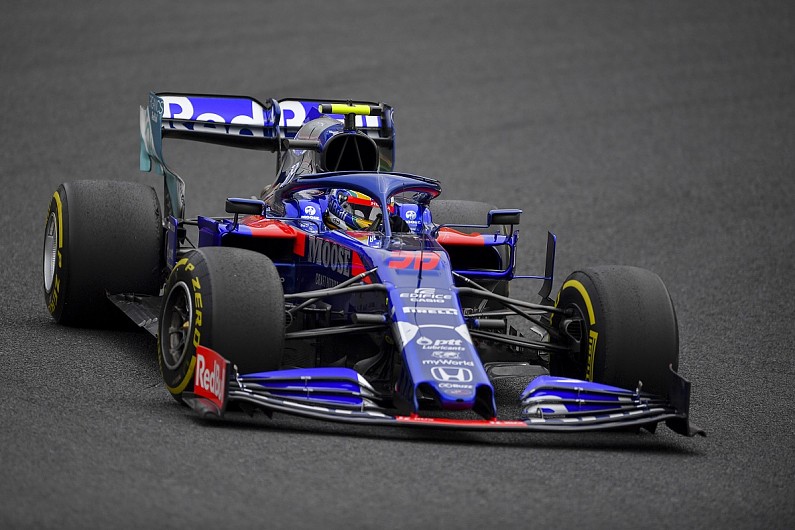 "There is nothing else like it; even racing in WEC you have slower cars, but not like this.

"This is madness out there, but a lot of fun.

"The team is a very young team.

"Kuni-san [team boss Kunimitsu Takahashi] is not young obviously, but the team actually is. They separated from Mugen three years ago.

"Some mechanics are pretty new to the sport and some of them are part-time.

"It's been a very emotional couple of years for them and what we've achieved. It's very special.

"And it's been great working with Naoki, someone who is very talented. It's nice to see that he's being noticed a little bit more, not just in Japan. That's important.

"I don't think he'll have the opportunity in F1, which is a shame, because of his age.

"But he has really shown the world he's competitive in something he has never driven before.