Jenson Button and Naoki Yamamoto's Super GT title defence got off to a bad start with their car being hit by another Honda while leading the rain-truncated Okayama opener. 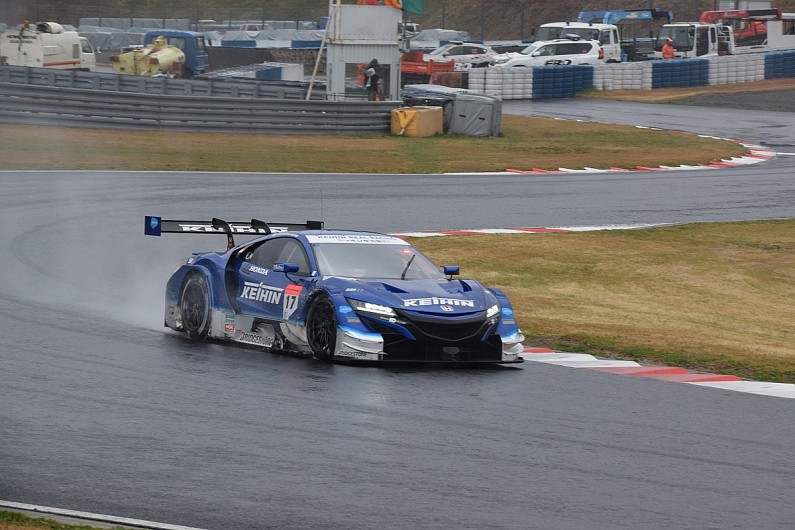 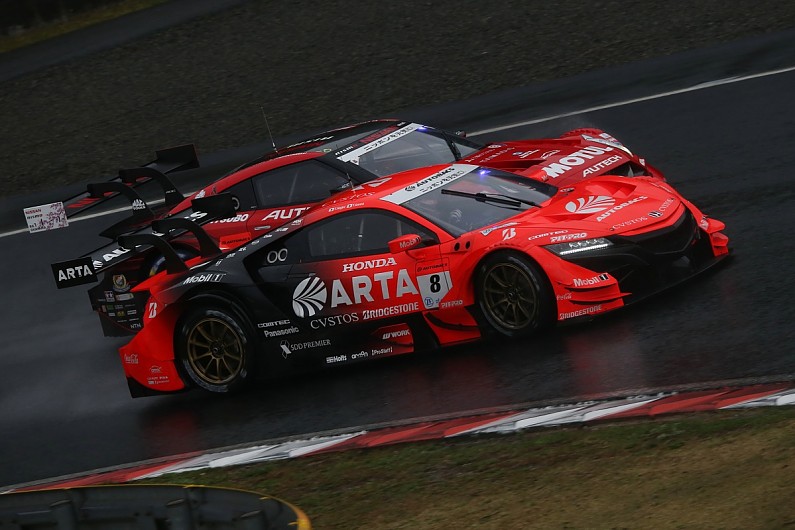