"You've got so much more that can go wrong."

Those are the words of Chris Froggatt at the Spa 24 Hours earlier this year. Driving a Tempesta Racing by Sky Ferrari that included three-time Formula 1 race winner Giancarlo Fisichella and Edward Cheever - son of Indianapolis 500 winner Eddie - among its line-up, he wasn't likely to be one of the contenders for overall victory. But this Pro-Am class line-up was one of the 72 crews, with a total of 248 drivers, that are as much a part of the tapestry of this race as the all-factory star-studded teams.

Indeed, this year's running of the twice-round-the-clock Belgian enduro proved that such a form of racing requires a mindset where mechanical sympathy is often more rewarding than lap time. And, with the GT3 category on which the Spa 24 Hours is based being one where only customer teams - rather than works entries - are allowed, the focus is on setting the car up to the needs of its driver line-up rather than developing the machinery.

While Hui was the only true amateur driver in the line-up, Froggatt was also designated an 'Am' as a one-off. This added an extra layer of complexity to the team's strategy due to race organiser SRO's unyielding stint rules. In a Pro-Am car, any Bronze-rated driver must drive for a minimum of eight hours, and should be behind the wheel for at least an hour in each quarter of the race. In this case, it also meant that Froggatt could be in the car no longer than Hui.

The emphasis on track time for lower-rated drivers meant Tempesta ideally wanted Hui and Froggatt to be in the car during any lengthy safety car periods, but also wanted them to be as sharp as possible for green-flag action. After all, the margin between the best and worst Am drivers is far greater than the Pros, meaning that a strong Am will make a far bigger difference to overall prospects than his Pro counterpart.

Thursday's night-time practice session should help, but, as Froggatt reveals, that is a challenge in itself.

"What I found difficult was at the start I was in a lot of very fast traffic with cars and drivers that have done this for many years, and they were instantly very comfortable in the dark," he says. 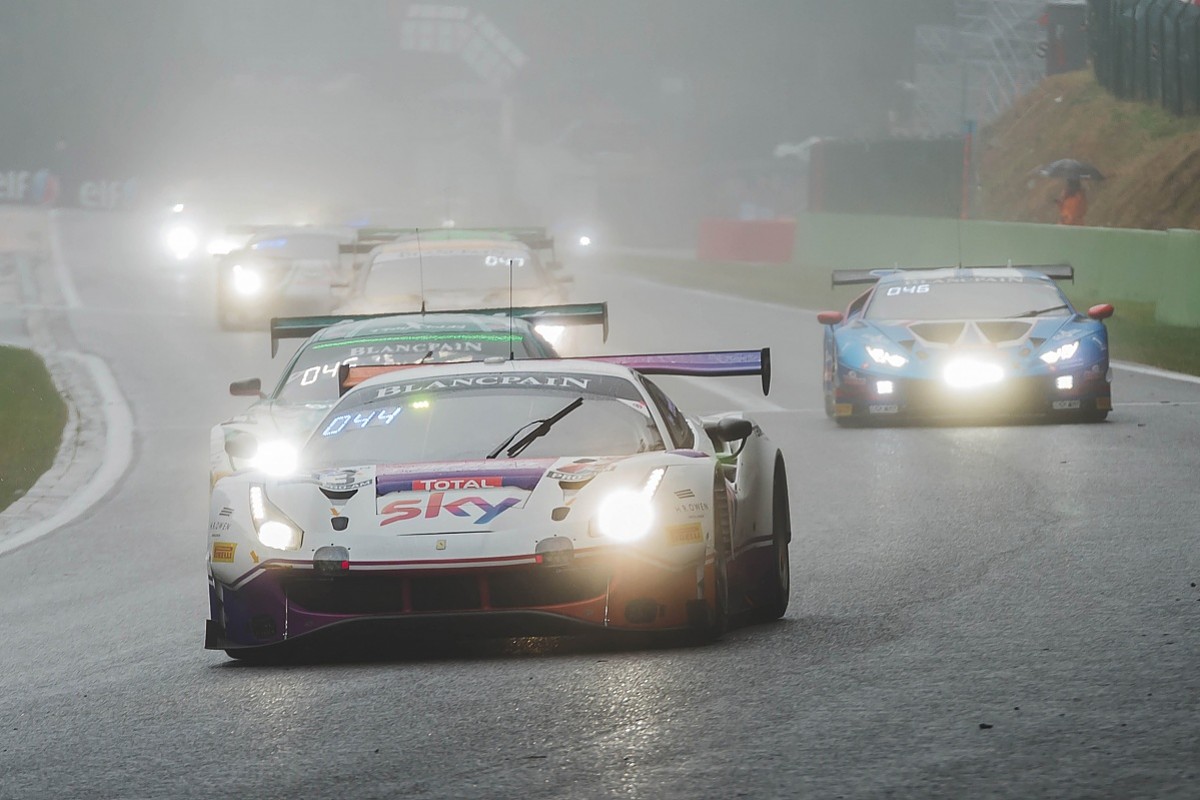 "I preferred five or six laps by myself to really get used to it, because you have to find your own references and braking points. And it's very difficult to do that if you have these Pro cars behind you flashing their lights all the time, wanting you to move out the way when you don't even have a reference as to where to go."

For Froggatt and some of the Tempesta trackside team, Spa is their first experience of a 24-hour race.

There's no 'one-size-fits-all' approach to the subject of sleep, and physios are at hand for anyone working in fireproofs. For the mechanics, 'bed' consists of festival-favourite folding chairs lined up along a wall of the garage. But they rest so lightly that when one team member points out that it's nearly the end of a night-time stint, the entire crew switches from shut-eye to preparing for a pitstop in less than a minute.

There are no folding chairs in Tempesta's hospitality unit, but the festival vibe continues as Froggatt and Hui entertain VIP guests between stints, while a rotating cast of DJs provides an ongoing soundtrack and light show to rival the racing outside. It seems an unconventional but entertaining method of keeping awake between stints, until you discover that when the drivers aren't chatting they're actually successfully sleeping through all the noise, on the second floor of the unit.

Before the race, the drivers and main strategist map out in detail which order they will run if the race is dry, and an alternative strategy for when the expected rain turns up. In each, they are careful to observe the stint-length rules: the time between stops must be no longer than 65 minutes, or 70 minutes if there's a virtual or real safety car period at the end of the stint.

Not long before the race start, Eastern Belgium swaps record heat for torrential rain, and as a result the first few laps are completed behind the safety car. Once the race goes green, Fisichella takes the Tempesta Ferrari from third in class into the lead. A clash with a rival undoes that progress, and Fisichella completes two stints before handing over to Cheever during a safety car.

While the intensity of the rain eventually decreases, there's no improvement in visibility as the race heads into the evening, ensuring Cheever's, Hui's and Froggatt's first stints are full of drama. 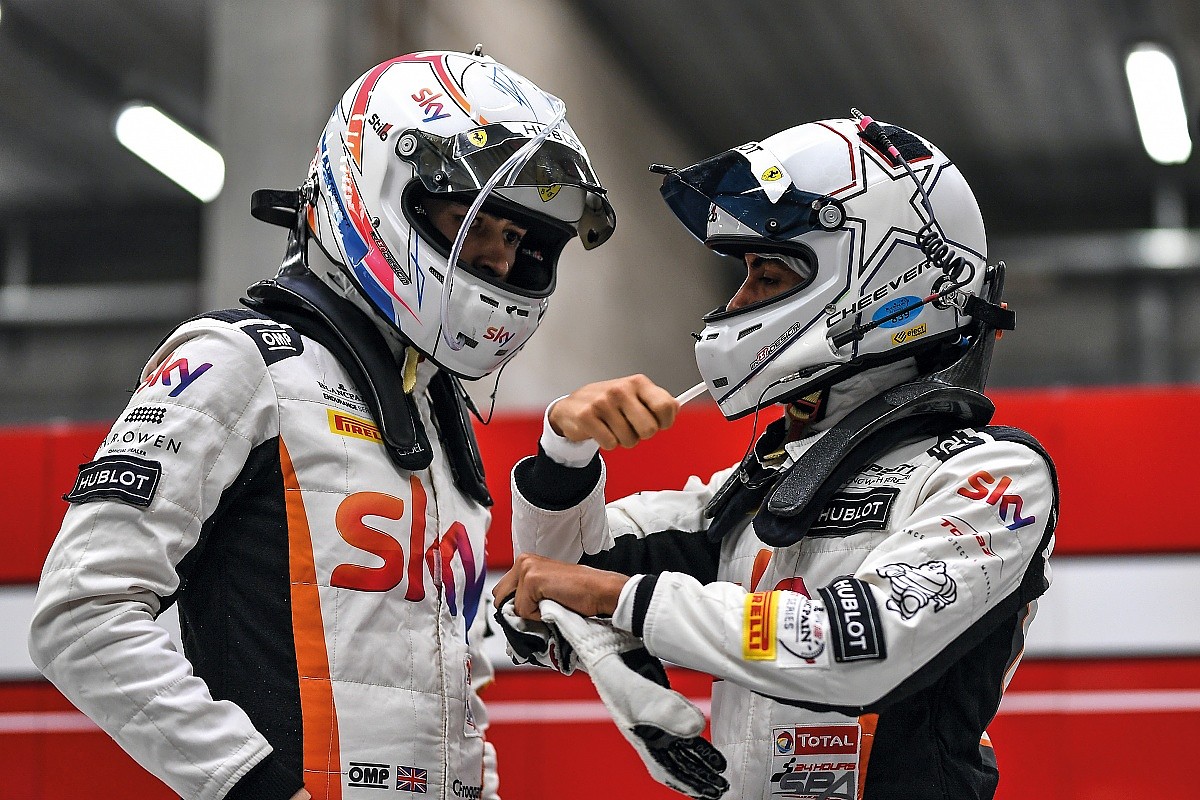 Despite having gone from class victory contenders to at best a long shot for the podium in the first quarter of the race, the drivers are surprisingly calm. A team member jokes that the drivers' moods are contagious, but it seems to ring true. When darkness fully falls and the rain returns in force, the mechanics arguably even look bored, and it's the physios who are showing signs of stress.

And then... Remember that rule on stint length? Live timing - available on nearly every computer, phone and television during the race - helpfully shows how long each car has been on track since its last pitstop, so even if the strategist is dozing off there will always be somebody in the team who can notice when a driver's about to have been on circuit for too long.

The calmness in which Tempesta is enveloped is broken five hours in by the news that the Ferrari has to serve a 30-second stop-go penalty. The initial response is confusion, and several of the team get smartphones out to scrutinise the regulations. It's soon clear what's gone wrong: the wording of the rule on stint length has led Tempesta to believe that a previous trip to the pitlane for a penalty, served when Cheever was in the car, would count as the end of a stint. It doesn't, and the team pays the price.

Having dropped to fifth in class, Tempesta's efforts to claw back time are hamstrung by frequent safety car periods and full course yellows, more penalties, and worsening conditions, until the race organisers stop proceedings entirely at 0542.

It's six hours before conditions improve sufficiently for the race to restart, leaving five hours to go until the finish. 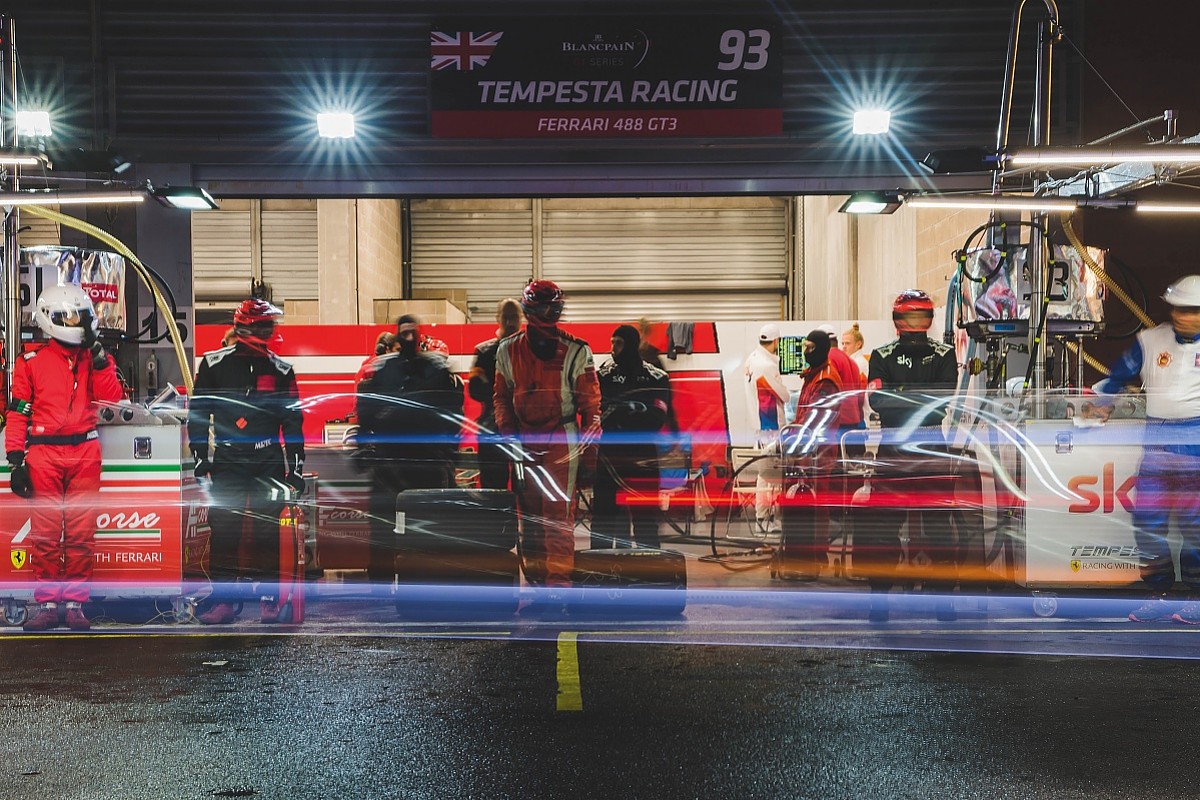 The drivers' descriptions of the conditions at the end of each stint are fairly terrifying - Froggatt, indeed, has aquaplaned down the straights on multiple occasions - and the endless wet weather starts to take a mental toll on all. Getting cold isn't an issue, as the continental heatwave continues through the night, but conditions are as treacherous under foot as on wet-weather tyres.

The quarter-hourly track updates during the red flag soon become half-hourly, then hourly, until mid-morning, when the huddles of snoozing and soaked mechanics on garage floors are literally kicked back into life, the rain covers are removed from the cars and everyone is given the signal to prepare for a restart at 1130.

A return to racing puts a smile on everyone's faces, even though it's still raining, and Tempesta is confident it can make its way back to the podium, given it has one of the better line-ups on pace.

Those hopes are quickly shot, with a technical problem striking behind the safety car.

But on this occasion the lengthy safety car spell is a blessing. The team loses fewer laps than it would have done under green-flag conditions, and this enables it to fight back up to fourth in class in the final hour.

After a weekend of some of the toughest conditions racing has to offer, any disappointment of missing out on the podium is quickly drowned out for the four drivers by the prospect that they can do it all over again next year - and this time fight for the win. 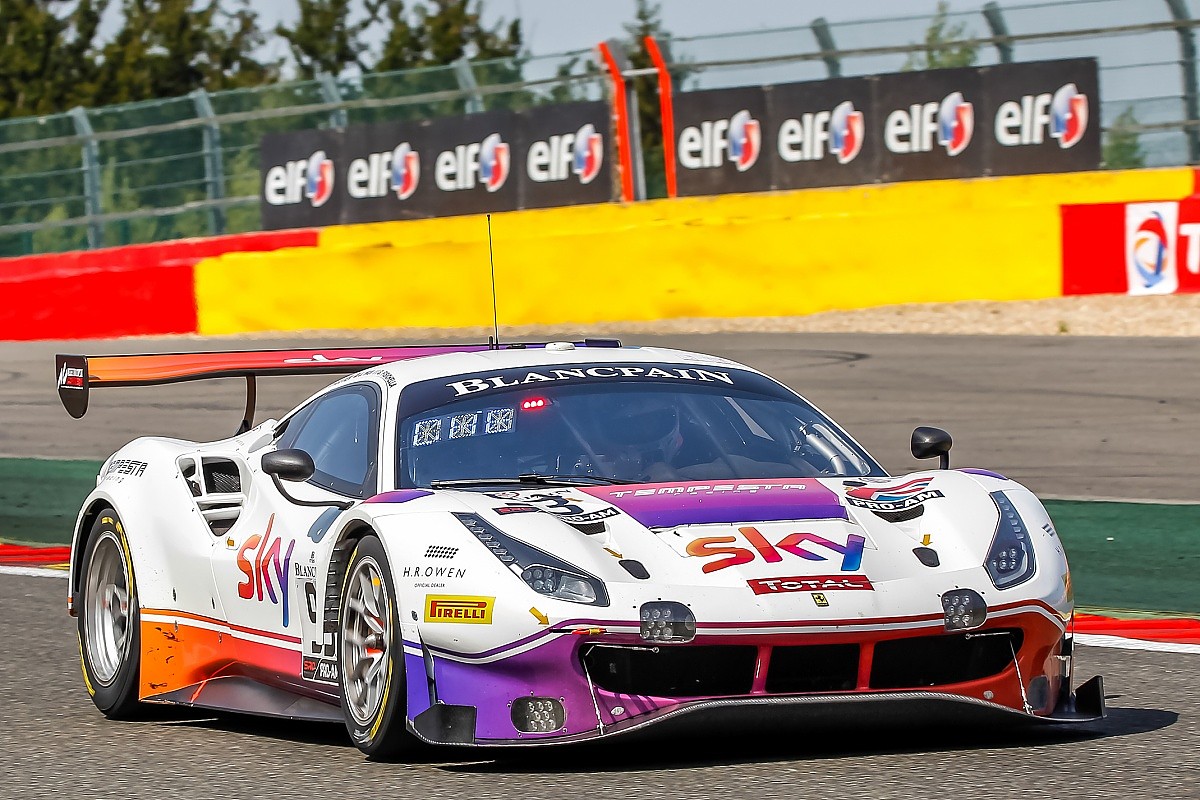