Huff, the 2012 WTCC champion, has added a TCR campaign in a WRT-run Volkswagen to his Munnich Motorsport WTCC programme this year.

He was fighting through the field after an engine change penalty put him to the back of the grid for the opening race in Austria when a puncture at the fast Fahrerlagerkurve right-hander sent him into the barriers and then into a roll.

"The safety car had just come out, but before the team had a chance to tell me, the tyre just went and it sent me into the barriers," Huff said.

"It's a testament to the strength of these cars that I'm not injured, beyond a bruise from where I hit my arm on the rollcage.

"We knew the front left tyres were going to be an issue here, so we went with a safe set-up so I'm surprised it happened."

Huff's team-mate Jean-Karl Vernay crashed with a puncture at the same spot shortly afterwards, and both drivers were ruled out of race two as a result. 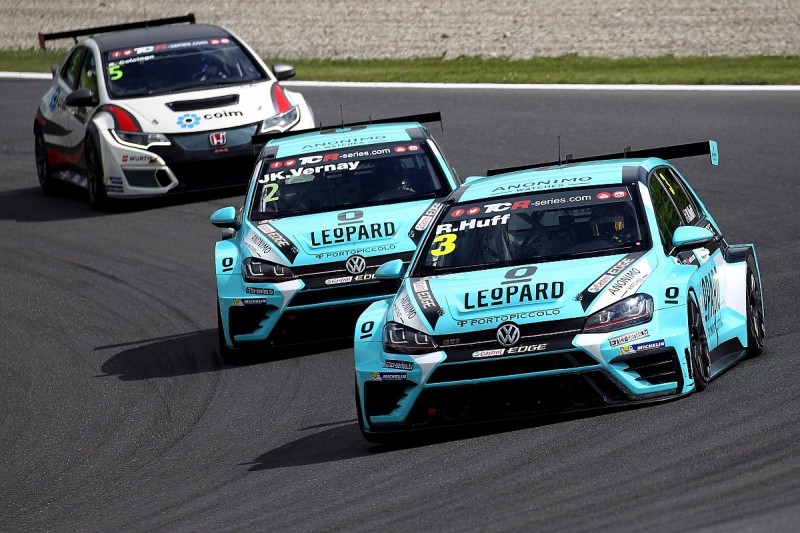 WRT is now under pressure to replace Huff's written-off car in time for this weekend's TCR round on the Hungaroring DTM bill.

The WRT VWs' incidents were just two of a large number of heavy crashes at the same corner through the weekend, starting with a horrific accident for Attila Tassi in pre-race testing on Friday.

M1RA's effort to build the new Civic up in time for qualifying was rewarded with a one-two for Robert Colciago and Tassi in Sunday's finale.

Tassi's compatriot Ferenc Ficza was sidelined for the weekend after he crashed his Zele Racing SEAT at the Fahrerlagerkurve in Saturday morning practice and had to be taken to hospital for checks on his ribs.

Vernay had led the points heading into the Salzburgring weekend but his non-score drops him to third behind reigning champion and former WRT team-mate Stefano Comini - who took two podiums in Austria in his Comtoyou Racing Audi - and Colciago.