The Dutchman, who took Sauber to court ahead of 2015 and sat out last season after reaching a settlement with the team, was part of a dominant victory for the Jota Sport-run G-Drive Gibson-Nissan squad.

Team-mate Harry Tincknell surged from fourth to lead on the opening lap, aided by polesitter Pierre Thiriet going off at Abbey in his TDS Racing ORECA 05.

After completing the first two stints in the lead, Tincknell pitted to hand over to Simon Dolan with an advantage of almost 20 seconds over the Ligier of Paul Loup Chatin.

But a full course yellow, caused by Nissan-backed Chris Hoy spinning his Algarve Pro Racing Ligier into the Chapel gravel trap, allowed Chatin to stop while Dolan was circulating slowly and for the car to emerge in the lead by 30s.

When the track went green with two-and-a-quarter hours of the four-hour race remaining, Barthez was 30s clear.

But Dolan reeled him in and took the lead with a move up the inside into Stowe half-an-hour later.

The G-Drive Jota car was never again threatened, with Dolan handing the car over after his double stint to allow van der Garde to close out victory by over a minute-and-a-half.

Barthez was set to finish second, only for the Liger to slow at Stowe with just over 45 minutes remaining with Timothe Buret at the wheel and crawl back to the pits.

With the Greaves Motorsport Ligier already having had to visit the garage while running third after hitting gear-selection trouble, this allowed the SMP Racing BR Engineering BR01 to take second with Andreas Wirth, Julian Leal and Stefano Coletti at the wheel.

GTE victory went initially to the JMW Motorsport Ferrari F458 Italia of Robert Smith, Andrea Bertolini and Rory Butcher, but it was subsequently excluded when its front splitter was found not to comply with the homologation papers. 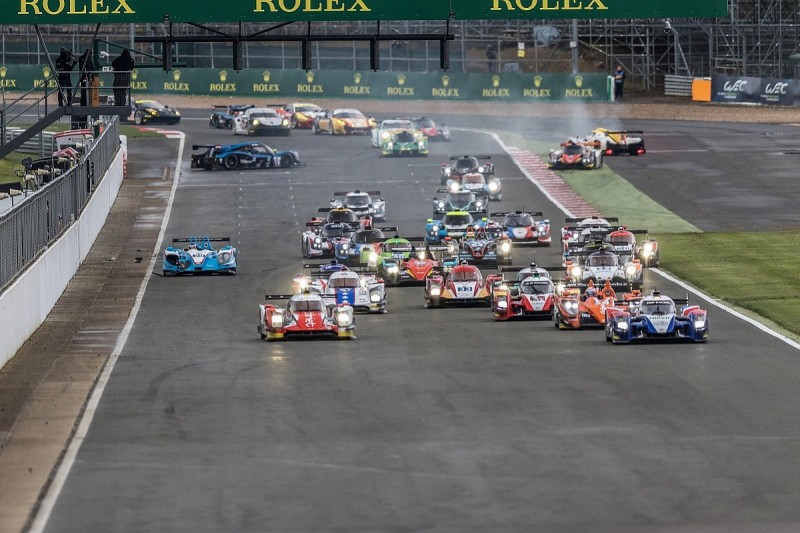