Scheduling commitments with his FE campaign with NIO and his test and simulator role with the McLaren Formula 1 team meant Turvey had to rule himself out of the drive in one of the team's LMP2 Ligier-Gibson JSP217s.

The winner of the P2 class at the 2014 Le Mans 24 Hours emerged as a candidate for the seat when United gave him a try-out aboard a JSP217 at Aragon earlier this month.

Boyd, 27, has now been given the seat alongside Hugo de Sadeleer and Will Owen after two seasons driving LMP3 machinery for United.

United team co-owner Richard Dean told Autosport: "When we looked closely at the schedules there were too many clashes with Oliver's commitments in FE and with McLaren." 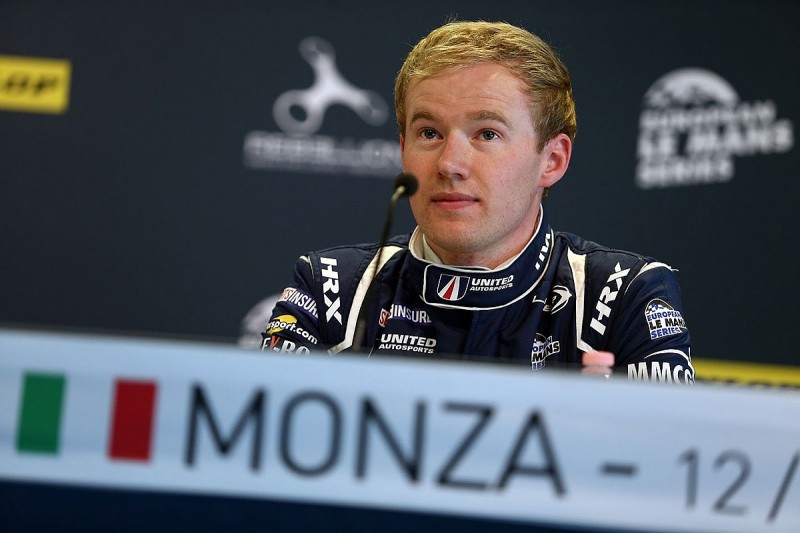 Dean said that sometime British Formula 3 driver Boyd (pictured above) had put himself in line for promotion to the LMP2 squad with his performances in LMP3.

"Every time we have put him in the car for qualifying, he has delivered," said Dean of Boyd, who finished third in the ELMS LMP3 standings in 2017.

"Hugo came in last year from Formula Renault and was very impressive, but it's less of a jump for Wayne coming from LMP3 and because he knows the team, the circuits and the ELMS weekend."

Teaming Boyd with de Sadeleer and Owen will give United a driver line-up comprised entirely of silver-rated drivers.

Dean explained that this would offer the team more strategic flexibility, because it will not be governed by the drive-time regulations that affect line-ups with platinum and gold drivers.

Boyd return to full-time racing with United in 2016 after three seasons in which he raced only sporadically on an amateur basis.

Motorsport Jobs: From a building site to working for McLaren