Winning all races he has contested at this year's Ulster GP so far, bringing his total tally to 12 victories, Hickman had his work cut out from the start.

In a repeat of their Thursday battle Johnston grabbed the holeshot and led Hickman by just over a tenth as they headed across the line to start the second lap, and resisted pressure across that tour.

Hickman was just 0.088s behind at the start of the following lap, and powered past into Rock Bends to lead for the first time.

Johnston retaliated at Joey's Windmill late on the third lap, but the Ashcourt Racing rider could not pull away from Hickman.

Hickman flew into the lead at the along the Flying Kilo on the penultimate lap, but Johnston managed to find a way through towards the end of the lap to lead onto the final tour.

Second-placed Hickman repeated his pass from the start of the previous lap, and just held on despite a mistake coming into Flowbog Crossroads to beat Johnston once again by 0.145s.

Conor Cummins prevailed in a hard battle for third with Padgetts team-mate Davey Todd and the Prez Racing's Jamie Coward to complete the podium. 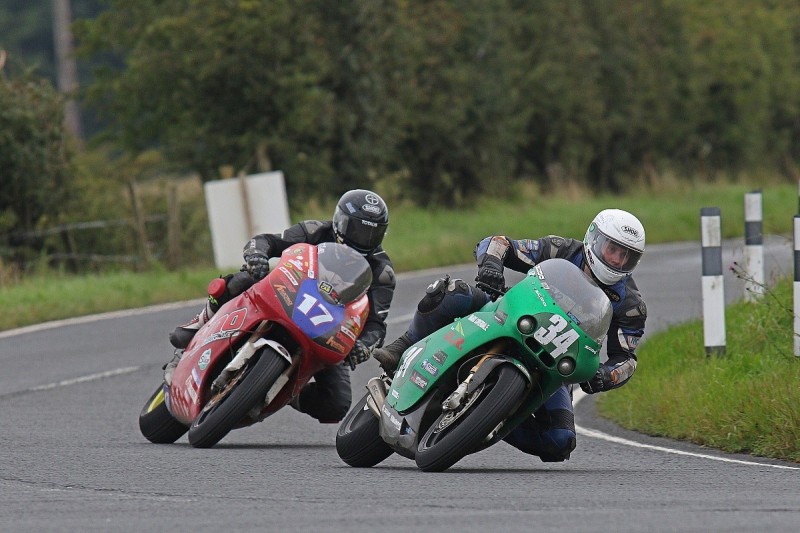 The five-lap second Supertwins race of the meeting got underway directly before the final SSP outing, and it was Christian Elkin who prevailed in a thriller with Joe Loughlin.

The pair battled hard across the damp five-lap contest, with the lead changing hands almost every lap.

Elkin led across the line by half a second to start the final lap, but was passed into Jordan's Cross as Loughlin used the grunt of the Paton to great effect.

A mistake from Laughlin exiting the Lindsey Hairpin allowed Elkin to draw alongside and pass into the Flowbog Crossroads.

The pair came up on a backmarker into the final turn at Dawson's, but Elkin navigated his way through to secure his third Ulster GP win by just 0.078s from Louglin.

Lee Johnston completed the podium on the KMR Kawasaki.