Tarquini, Menu to give Hyundai i30 TCR International Series debut

Tarquini and Menu will race the i30s at the Chinese Zhejiang circuit on the weekend of October 7-8, before contesting and then competing in the Abu Dhabi Grand Prix-supporting final round of the 2017 TCR season at Yas Marina.

Hyundai announced it would develop a car to TCR regulations through its customer racing project earlier this year.

The i30 N is Hyundai's first car that has been built specifically for circuit racing, and although Tarquini and Menu's outings will mark its first competitive appearance in the International Series ahead of its planned customer launch for 2018, the car has already been raced this season.

The two cars will be run by BRC Racing, which has worked alongside Hyundai Motorsport during the development of the i30 N.

Tarquini, who claimed the British Touring Car Championship in 1994 with Alfa Romeo and went on to win the World Touring Car title in 2009, has been without a full-time drive since Lada ended its factory WTCC project at the end of last year.

The veteran Italian was announced as test driver for Hyundai's TCR project in March and, alongside Antti Burri and Nicola Berutti, gave the i30 N its competitive debut in the Touring Car Endurance Series 24H Misano race in July. 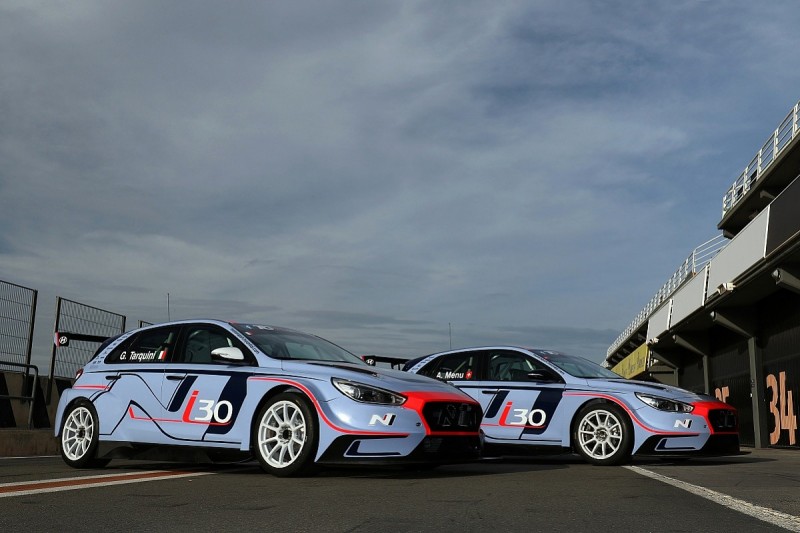 Double BTCC champion Menu has made a handful of appearances in TCR International since its inaugural season in 2015, but has not raced so far this season.

Both drivers completed a two-day test at Valencia last week in preparation for the Zhejiang event.

"The weekend in China comes at a crucial time of the year, as teams and drivers are now planning their campaigns for the 2018 season.

"To be able to show the performance of the i30 N TCR at the highest level is a big opportunity for us.

"However, the races also give us the chance to continue our development work."

Promoted: The harness that is changing motorsport safety

Is it possible to find a work-life balance in motorsport?