The German manufacturer has chosen the US CORE Autosport squad as its partner in the running of a two-car squad of Porsche 911 RSRs to be driven by drivers from its factory roster.

The campaign will be distinct from previous assaults by Porsche on the American Le Mans Series, which is merging with Grand-Am to become the USC, with the Flying Lizard Motorsports team.

Porsche Motorsport North America boss Jens Walther said: "This is a full-factory programme rather than a factory-supported programme of the kind we have done before.

"If we want to compete at the same level as Corvette Racing, BMW and SRT Motorsports, we need to do the same and have full control of the programme. The best comparison with this is what we did with Penske in the ALMS [in LMP2 in 2005-09]."

Walther explained that Porsche would supply the cars, drivers and funding and that CORE would provide the team infrastructure and personnel.

The programme will mark Porsche's factory return to the GT ranks in the US. It fielded factory-supported operations run by Dick Barbour Racing, Alex Job Racing and then Flying Lizard in the full ALMS every season from 2000 until '12.

Walther said that CORE's successes with a privateer 911 GT3-RSR raced by factory driver Patrick Long and Tom Kimber-Smith in this year's ALMS had prompted the decision to go with the South Carolina-based team.

"The decision-making team looked at different possibilities and decided to go with CORE," he explained. "They have done a good job this year when they have been new to GT racing and new to Porsche. How quickly they adapted was a factor."

It has yet to be decided which of Porsche roster of factory drivers, which this year stands at 10, will race the 911 RSR in the 11 USC rounds. 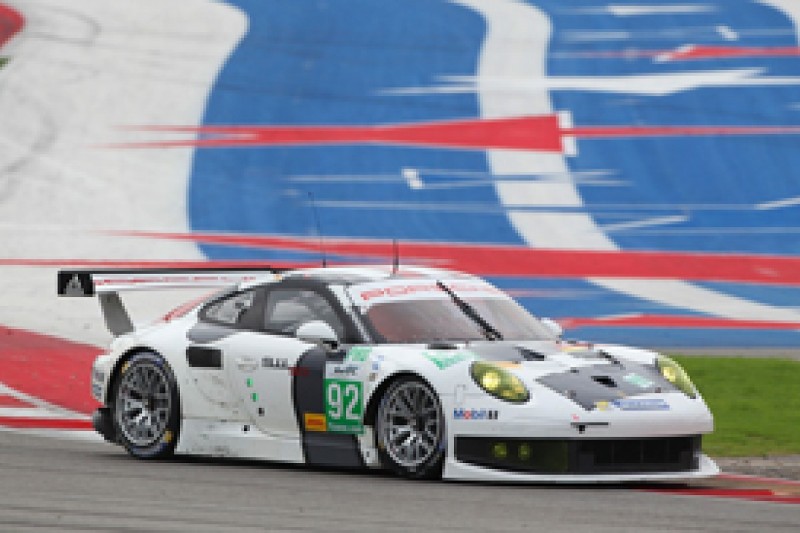 Porsche Motorsport boss Hartmut Kristen said there was also no decision on whether the marque would continue its factory participation in the World Endurance Championship with the Manthey Racing team (pictured) next season.

He said there were "commercial and technical issues", on which he would no elaborate, that needed to be addressed by the WEC before a decision could be made.

It has also yet to be decided whether customer versions of the 911 RSR will be available for next season.

Porsche was the first manufacturer to commit to the ALMS on its announcement in 1998 and took a solo 911 GT1-98 to the Petit Le Mans pilot race in October 1998.

It originally planned to run the successor to that design in the inaugural ALMS season in 1999 before it pulled out of top-flight sportscar racing in December 1998.