The Brazilian, who competed in British Formula Formula 3 in 1987-89 and 1991-92, will join Krohn to race its Ligier JSP2 in four of the five European Le Mans Series races in 2015, presuming the team's entry is accepted.

He would share the Ligier, a Judd/BMW-powered version of the car he put on pole for Michael Shank Racing at Daytona last weekend, with team owner Tracy Krohn and his long-term driving partner, Nic Jonsson.

"I'm very excited to be coming back to Europe to race and very happy to be driving with Krohn in the Ligier," Negri told AUTOSPORT.

"I actually had a deal to race in the World Endurance Championship in an LMP2; contracts were signed, but the deal fell over.

"I was very fortunate that Krohn contacted me - maybe it was meant to be."

Krohn team manager Gary Holland said that Negri would be "a seamless fit for the team".

"He not only brings further European experience of the tracks at which we will be racing, but also knowledge of driving the Ligier JSP2," said Holland.

"I believe this is just is another step towards Krohn Racing securing the success the team deserves — we hope to really make an impact in the series."

Negri would have to miss the Red Bull Ring ELMS event in July because it clashes with the Mosport round of the United SportsCar Championship, in which he is contracted to race Shank's Ligier-Honda LMP2 coupe.

The deal does not yet include the Le Mans 24 Hours in June, for which Krohn has made an entry, but Negri said that he hoped to be able to make his debut in the French enduro together with the Houston-based team.

"When I was racing open-wheelers in the UK, Formula 1 was my dream; now I've been doing sportscars for many years and have won the Daytona 24 Hours [in 2012], Le Mans is the big ambition," he said. 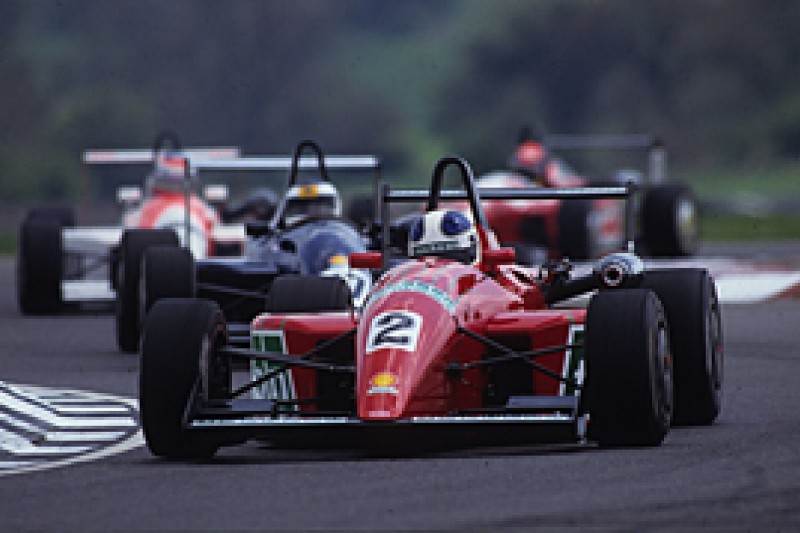 Negri's inclusion in the Krohn line-up will give the team more strategic flexibility under ELMS sporting rules because he is rated as a silver driver.

He was effectively upgraded to gold status for this season, but could step down a rank to silver because he has turned 50.

The Brazilian finished fourth in the series in 1992 driving West Surrey Racing Reynard-Mugen/Honda 923 (pictured) after undertaking a full season the previous year aboard the Bowman BC1.

He previously contested sporadic races with the Techspeed team in 1987-89.