Main
Previous / Toto Wolff discusses the future of Formula 1, cost caps and more Next / Why electronics are key to managing modern engines in motorsport
General News

The McLaren Formula 1 star, who also won the award in 2019, continued his impressive form in his second season, as well as starring in Esports competition.

Norris and his experienced Ferrari-bound team-mate Carlos Sainz Jr were evenly matched and played their part in McLaren's battle with Racing Point and Renault for third in the constructors' championship, in which the Woking squad prevailed.

Thanks to a superb late charge in the season-opening Austrian Grand Prix, Norris also scored his maiden F1 podium, as well as his first fastest laps.

"Big thank you for all the support and I'll keep trying to enjoy my life in Formula 1 and entertaining everyone.

"I feel I improved my weaknesses from last year this season, but there are still some small things, such as nailing the qualifying laps every weekend.

"I've got to go for my first podium in F1 as my highlight of the year. It's hard to believe it's going to happen and we weren't expecting anything like that." 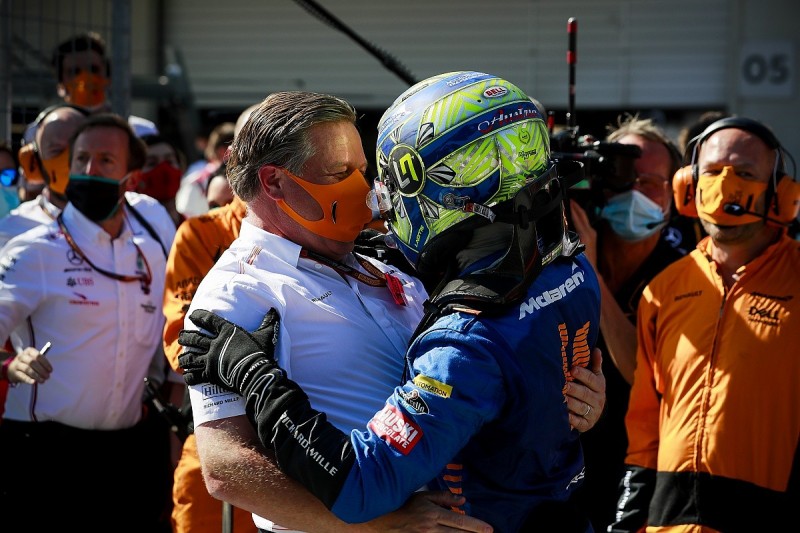