Motorsport.tv is set to become the new online home for the entire video history of the 24 Hours of Le Mans with the massive collection of event films and video available on Motorsport Network's TV and online properties

From January 1, 2018, Motorsport.tv will screen more than 70 films from the historic event which dates back to 1923. Not only will fans be able to watch highlights of some of the classic Le Mans events, the long-term partnership will continue to showcase future races.

Included in the incredible archive is every official film for the race from 1954 onwards.

The 24 Hours of Le Mans is the ultimate test of man and machine which has attracted the world's leading brands for more than 90 years including Aston Martin, Audi, Bentley, BMW, Ferrari, Ford, Jaguar, Mazda, Mercedes-Benz, McLaren, Porsche, Peugeot and Renault.

"We are delighted to join forces with Motorsport.tv to present the amazing history of 24 Hours of Le Mans to such an incredible global audience," said ACO President Pierre Fillon.

"The ACO has worked closely with Motorsport Network and Motorsport.tv for many years and their ever-expanding reach will help us further promote the legend of Le Mans to our growing international fan base."

Motorsport.tv has enjoyed dramatic growth in 2017. The television and online broadcaster is part of Motorsport Network, which now attracts more than 185 million page views per month across 28 global editions in 81 countries in 17 different languages. 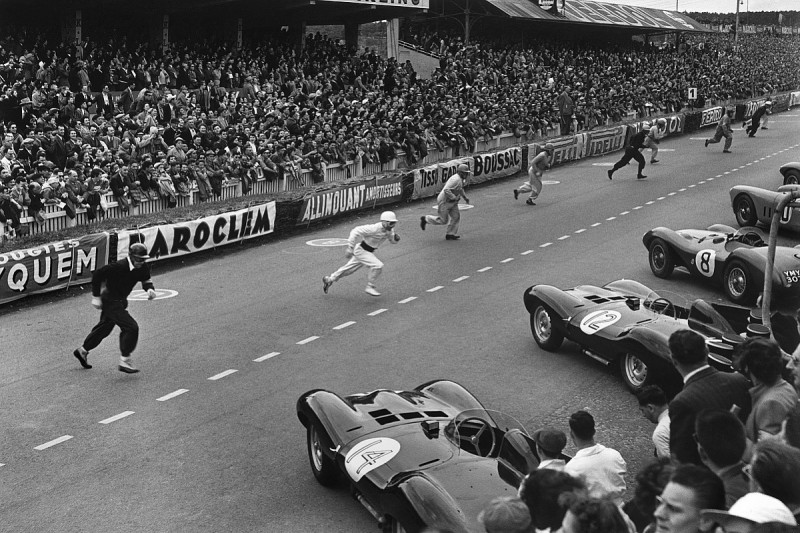 "The 24 Hours of Le Mans is the greatest race in the world with an amazingly rich history," said Zak Brown, Motorsport Network Chairman.

"Our worldwide audience will be able to enjoy this exclusive content, not only on our TV network but also on Motorsport.tv on demand. We will become the only online home where fans can watch the entire official ACO library of Le Mans films.

"All our viewers will need to do is watch on their favorite device or stream it on their large TV monitor."

The entire 24 Hours of Le Mans archives will be featured on the network's new and advanced Motorsport.tv broadband platform including the in-house developed, soon-to-be-released, state-of-the-art Motorsport.tv OTT mobile app.

"This full 24 Hours of Le Mans library of past, present and future races will be available anywhere, anytime on our ever-expanding platforms: web, iOS and Android mobile devices, Apple TV, soon to be released Roku, and much more.

"Viewers will be able to interact with this video library like never before thanks to our on-demand platform and its unique features such as timeline-based moments and comments."

Motorsport.tv broadcasts each round of the FIA World Endurance Championship as well as highlights from the 24 Hours of Le Mans each year.

Motorsport Network acquired cable network Motors TV last year and the newly renamed Motorsport.tv has expanded from its European cable and satellite roots to a global internet television network reaching large and small screens of race fans around the world.

Motorsport Network has experienced rapid expansion in the past two years to become the world's largest independent automotive and motorsport-related digital platform, connecting hundreds of millions of people that love motorsport and cars.

Motorsport Jobs: How useful is a mechanical engineering degree?