The Belgian, who will replace Jenson Button alongside Fernando Alonso in McLaren's F1 line-up next year, qualified in third position, but he was gifted a clear run to the first corner from the clean side of the track when polesitter Kazuki Nakajima was sent to the back of the grid.

Nakajima lined up in the wrong place on the grid at the end of the formation lap, triggering the cars behind to also be in the wrong position.

While that effectively left Yuji Kunimoto on pole position, he still had to start from the inside of the track in second place on the grid, and Vandoorne swept into the lead off the line when the race eventually started, with Kunimoto complaining that the bite point of his clutch was not where he expected.

Vandoorne quickly set about building a comfortable cushion, leading by more than one second at the end of the first lap and focusing on being out of range of an attack into the first corner each lap on the tight and twisty circuit that twice held the Pacific Grand Prix in the 1990s.

Kunimoto came home a comfortable second, 4.7s behind the winner, while Narain Karthikeyan came through from fifth on the grid (after Nakajima's penalty) to take his first podium of the season. 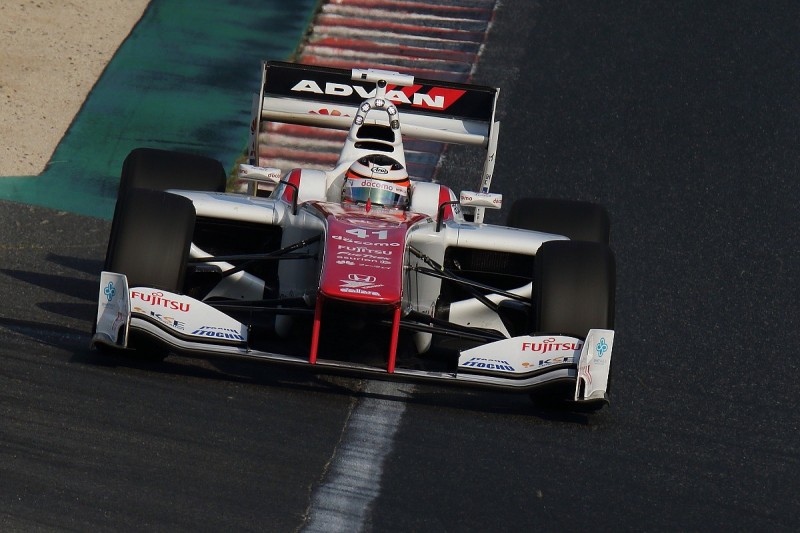 "To be able to win for the first time in Super Formula is a really great feeling," said Vandoorne.

"It makes me even more happy that I won the first race after finding out I will race for McLaren-Honda in F1 next year.

"This year has been a challenge in a new category, but I want to get as many good results as possible.

"The series has many experienced drivers, and it's often the first time at the tracks for me.

"The beginning of the season was up and down, but it's good if we can get more results like this."

Why motorsport is harder than ever