The car made famous by American Whitney Straight set the hill record at 40 seconds 83 years ago, and ran two low 38s climbs over the weekend in the hands of regular pilot Rob Newall.

Newall has been entrusted with driving the 8CM for a decade since it was acquired by Chris Jaques.

It was also raced in period by Prince Bira of Thailand, who Jaques is related to by marriage through the Chakrabongse family - which was a factor in him buying the car.

"We're here to celebrate the car's history at Shelsley Walsh.

"I'm not a hillclimber, I'm a racer, and I find this quite hard.

"It's very, very powerful and it was still spinning the wheels in second gear off the line.

"We ran it last year with twin rear wheels as in period, but that does put a strain on the transmission.

"My father photographed the car in 1934 when Whitney Straight raced it at Brooklands in the Empire Trophy.

"It is the most delicious car to drive and I'm very fortunate to be so connected to the car."

Other features of the weekend included a celebration of the speed record-breaking Campbell family, with a display of cars and a parade from Malcolm and son Donald's attempts.

Unfortunately, gearbox issues prevented the replica of the Napier Bluebird from running on Saturday. 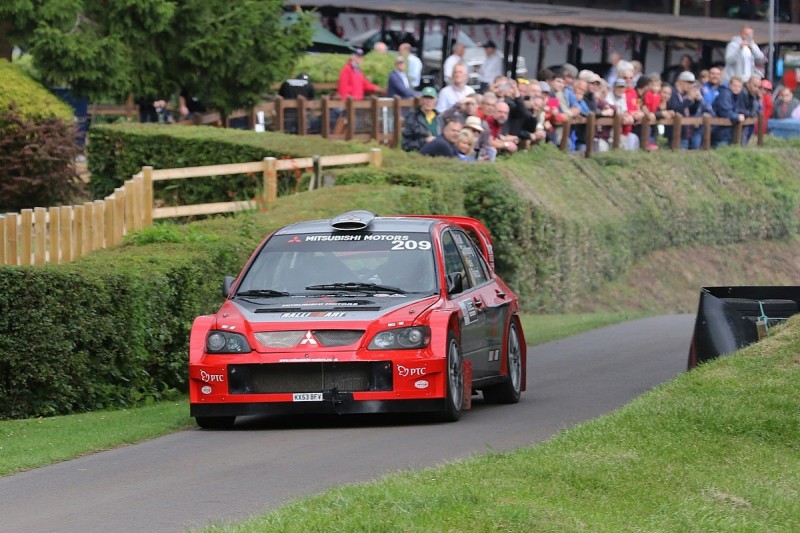 A celebration of 20 years of World Rally Cars was capped by a guest appearance from period works Mitsubishi driver Kristian Sohlberg, who was back behind the wheel of his Lancer WRC04.

Sohlberg, in his first hillclimb, came close to taking fastest time of the day on Saturday before being pipped by the Chevron B19 of local driver Keith Harris.

On Sunday, Harris switched to his Formula Atlantic Chevron B25, again going fastest.

Motor1.com to launch in Hungary after new acquisition