The 23-year-old from New Zealand was invited to the November 25-26 test at the Japanese Grand Prix venue by Mugen, with the deal facilitated by Teddy Yip and David Kennedy from his GP2 squad Status under the Theodore Racing banner.

"In terms of speed it will be a pretty phenomenal car to drive and Suzuka is probably the best place to handle a high downforce car," said Stanaway, a GP2 winner in the sprint races in Monaco and Russia this year.

"With the Honda involvement it's also a great opportunity to show what I can do.

"With very few opportunities available for drivers like me wanting to move to F1 at the moment Super Formula can be a good place get noticed, especially with the manufacturers involved.

"The car is probably quicker than the last couple of rows of the F1 grid and should be pretty impressive to drive."

The Theodore involvement is part of Yip and Kennedy's wider project to identify opportunities for young talent in Europe and Asia.

GP2 champion and McLaren F1 reserve Stoffel Vandoorne has also indicated he will take part in the Super Formula test and that it is a potential option for a 2017 race seat.

"The Super Formula car is definitely a good car - it's at least as quick as a GP2 car or maybe even quicker," he said.

"I'm McLaren's test and reserve driver next year, but I want to keep racing alongside that, and I think Super Formula is one of the options, but it's not decided yet whether I'm going to do it or not.

"The Super Formula cars are really quick. OK, you don't have that much horsepower, but the cornering speeds are very impressive indeed." 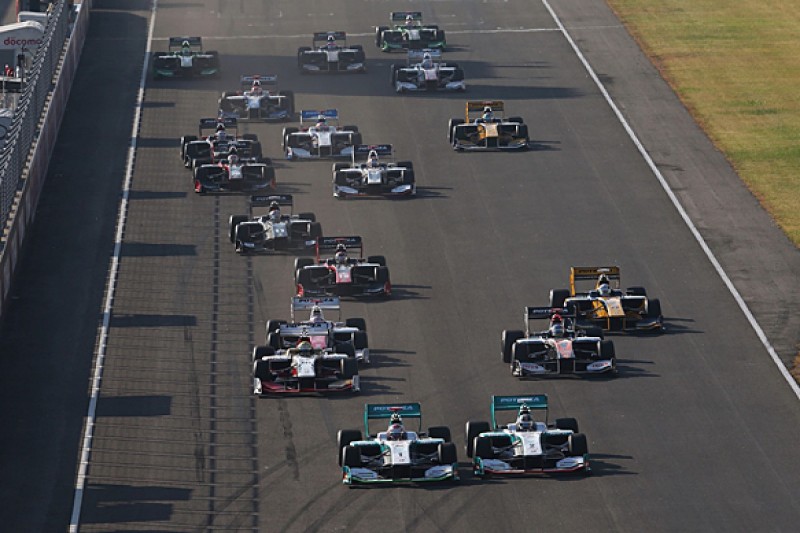 Watch Race Of Champions 2015 live from London on Autosport.com