Five things you might have missed at the Azerbaijan Grand Prix

How do you sum up a bonkers Azerbaijan Grand Prix? Its corkscrew plot. Its many incidents. Team-mates coming to blows. Late drama. It had it all

Many tried to sum it up, and ubiquitous Twitter presence and former Caterham F1 driver Giedo van der Garde found the best way to encapsulate it all. Well done Baku indeed.

The race was tough for Nico Hulkenberg. Just like last year in Baku he hit a wall when running fifth and looking good maybe even to end his now-139 race podium drought.

He seemingly couldn't bring himself to face his Renault team afterwards, causing it to send out an appeal for sightings. If the photo's any guide he'll be found browsing one of Baku's high-end boutiques.

The new-for-2018 halo has not been a popular introduction to the cars. The cockpit protection device not only is unsightly but we've since discovered it gets in the way of TV's onboard camera shots.

But it seems F1 has learned that - as one high-profile F1 Twitter account put it - if life gives you lemons make lemonade, with some very nifty TV graphics added over the structure.

The man from the Land of Snow ? Looking hot in the Land of Fire! #AzerbaijanGP ?? #VB77 pic.twitter.com/6DpyFFdZ9G

Give Kevin a chance

Kevin Magnussen has been called F1's next Kimi Raikkonen. Not only on the grounds of his driving talent but also due to his Kimi-esque no nonsense answers to media questions.

In fairness to him not even F1's most engaging and verbose pilot could have waxed lyrical in response to this enquiry. We think.

Kevin Magnussen didn't quite get the gist of this one ?#F1 #AzerbaijanGP ?? pic.twitter.com/CED4dsEwfK

Having an F1 drivers' mural may seem inoffensive. Yet the one in Baku was something from your most fevered nightmare. 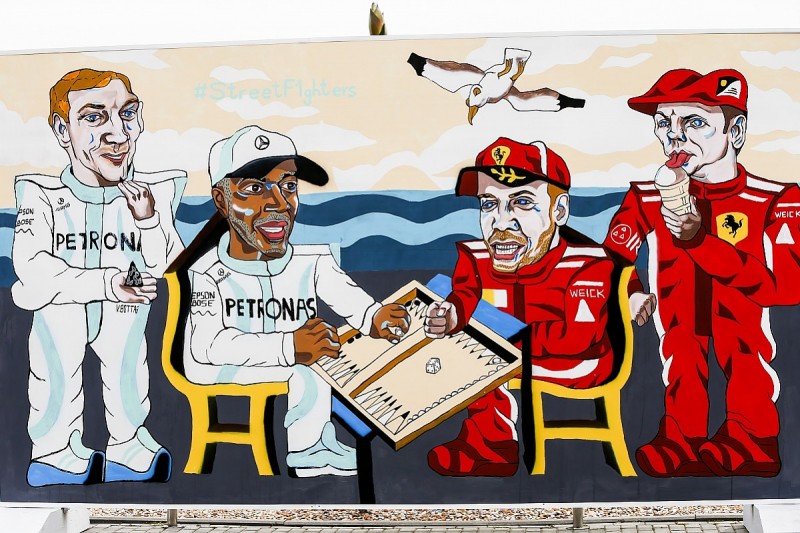 What is going on is a matter for speculation but among other things Lewis Hamilton has a new ginger team-mate (who is partial to Toblerone) while Fernando Alonso has an interesting choice in recreation.

Still it was good to see Hamilton and Sebastian Vettel's seagull friend from Canada a couple of years back make a reappearance. 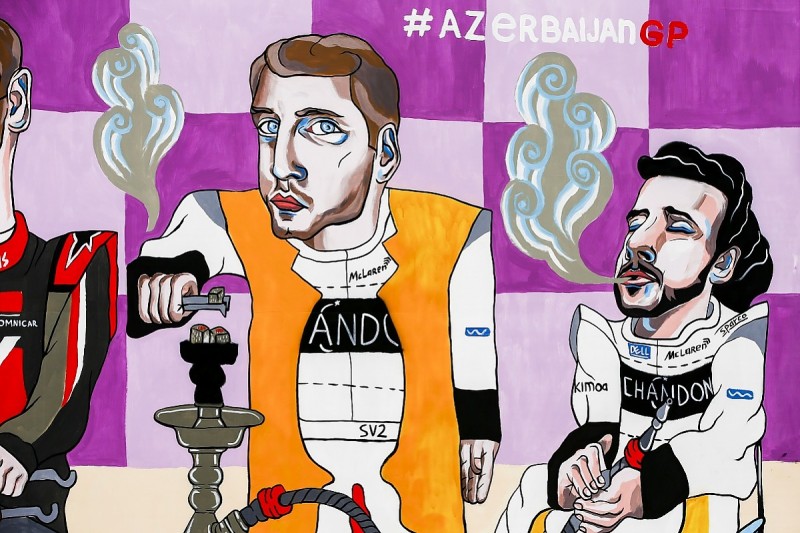