The proposed European Super League has dominated news headlines over recent days as football appears set on tearing itself apart.

Made up of 12 founding clubs, including Premier League 'big six' Liverpool, Manchester United, Manchester City, Chelsea, Arsenal and Tottenham Hotspur, the ESL's plans have caused consternation from fans and pundits concerned that it will tear apart the fabric of 'the beautiful game'.

Regardless of how its plans proceed, with staunch opposition building from all quarters building optimism that it can be stopped, the ESL announcement will have significant ramifications for football in the coming weeks, months and beyond.

If a football-based Super League sounds familiar to motorsport fans, that's because it is. Between 2008 and 2011, a single-seater series called Superleague Formula featured cars running liveries of football clubs - including ESL founding clubs Liverpool, Spurs and AC Milan.

What was the Superleague Formula?

Superleague Formula was the brainchild of Robin Webb, who had previously been involved in the football-themed Premier1 series that failed to get off the ground shortly after the turn of the millennium.

The first round at Donington Park in 2008 featured a grid of 16 cars, with two more added for the rest of the season. The grid remained stable over the following seasons, reaching a high of 19 in 2010 before shrinking to 14 for its final season in 2011, which was curtailed after two rounds with nations joining football clubs on the grid.

The series used a fleet of identical Menard V12-powered chassis that produced 750bhp and were built to full 2008 Formula 1 safety standards by Panoz Elan Technologies. With push to pass to aid overtaking and no help from driver aids, they were big, heavy and loud. 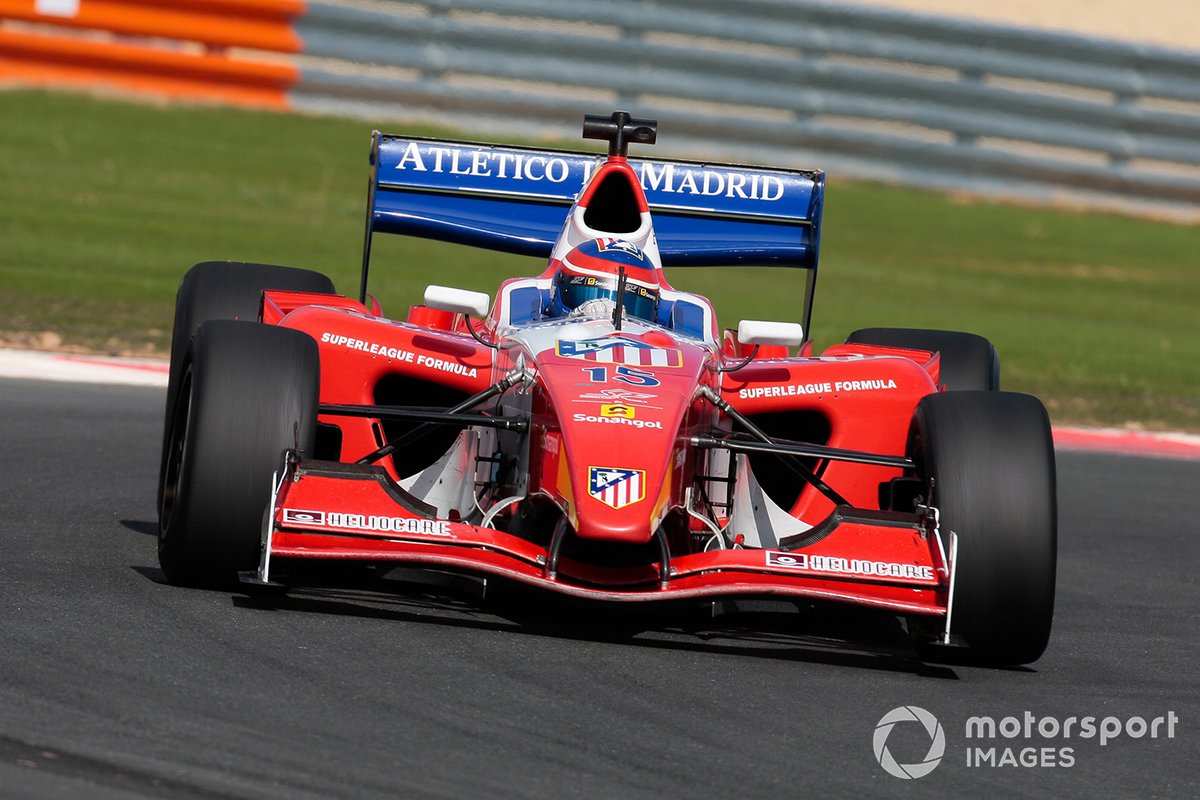 How did it work?

Superleague Formula had an experimental weekend format, with drivers progressing through head-to-head qualifying battles to decide the grid for race one. The finishing order of the first race was completely reversed for race two.

The highest-scoring teams across the two races would be entered into a five-lap 'dash for the cash' super final, where €100,000 was up for grabs. From 2010, the super final also counted for points.

The same points totals were awarded for races 1 and 2, with a maximum 50 points on offer to the winner. Second place picked up 45, third 40, fourth 36 and fifth 32. All finishers scored points.

No driver ever managed to win both races, although three drivers managed a brace of seconds - Craig Dolby (Nurburgring 2008), Robert Doornbos (Estoril 2008) and Max Wissel (Ordos 2010).

In 2008, the season started on 31 August and concluded with its sixth round on 23 November at Jerez. All events were held in Europe.

The 2009 season followed a similar pattern with another six-round series held entirely within Europe beginning on 28 June at Magny-Cours and finishing at Jarama on 8 November.

The calendar expanded significantly in 2010 to 12 rounds held across the season, including two races in China at the Ordos circuit in Mongolia and a Beijing street circuit - although the latter did not count for points, as the circuit failed a safety inspection. 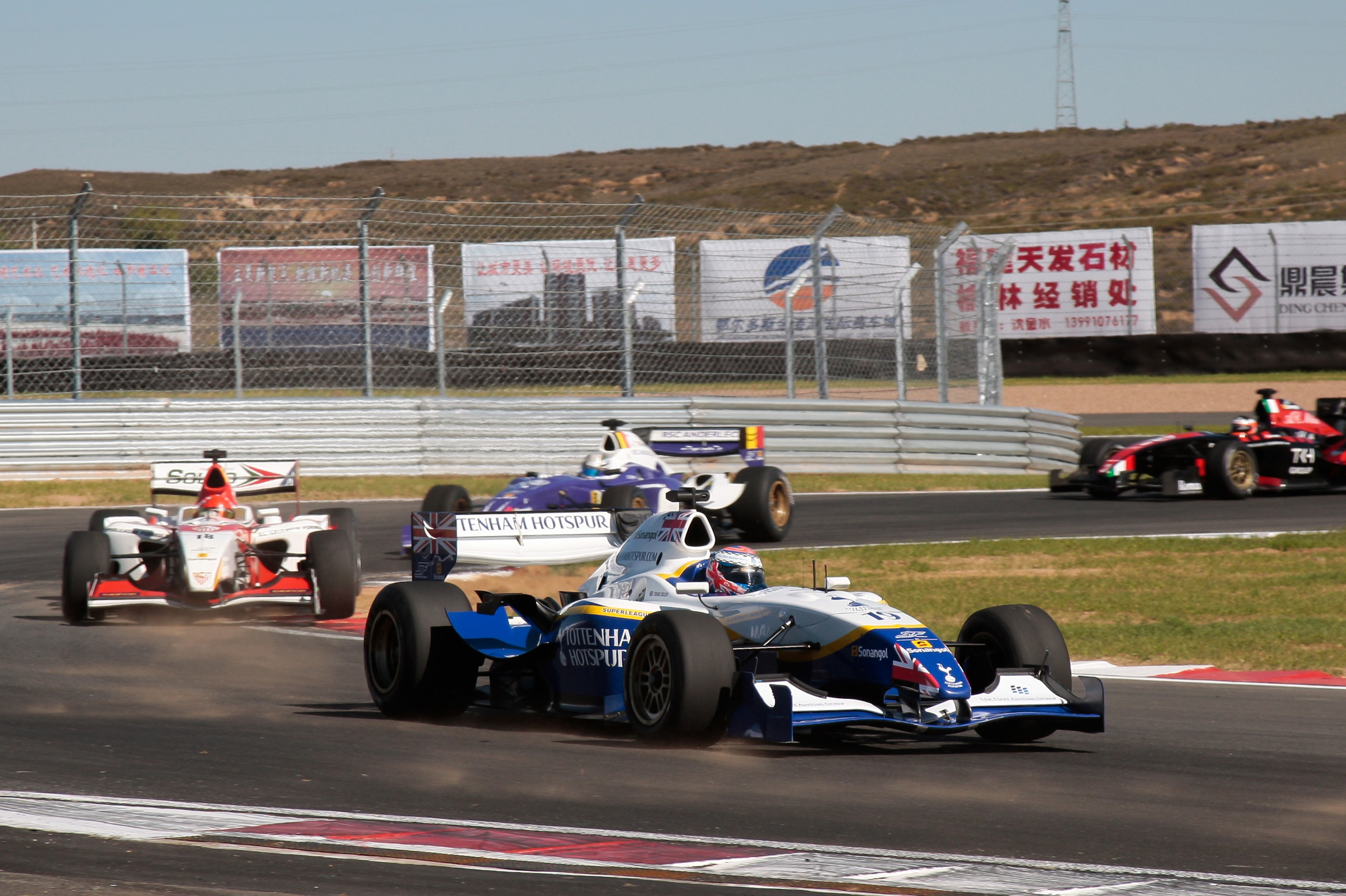 What teams were in it?

British clubs Liverpool, Spurs and Rangers were joined for the first season of Superleague Formula by a host of international clubs of varying profiles.

Serie A giants AC Milan and AC Roma, La Liga heavy-hitters Atletico Madrid and Sevilla and the Bundesliga's Borussia Dortmund were regulars in the Champions League, while Brazilian clubs Flamengo and Corinthians, as well as China's Beijing Guoan and Al Ain of the UAE helped to lend an international feel.

However, a successful football heritage didn't always transfer into success in Superleague Formula, with titles across the three full seasons of competition going to Beijing, Liverpool and Belgian club Anderlecht.

Italian driver Davide Rigon won with Beijing (Zakspeed) and Anderlecht (Azerti) in 2008 and 2010, either side of Adrian Valles' success with Liverpool (Hitech Junior Team) in 2009.

The shortened 2011 season was won by John Martin (Australia). 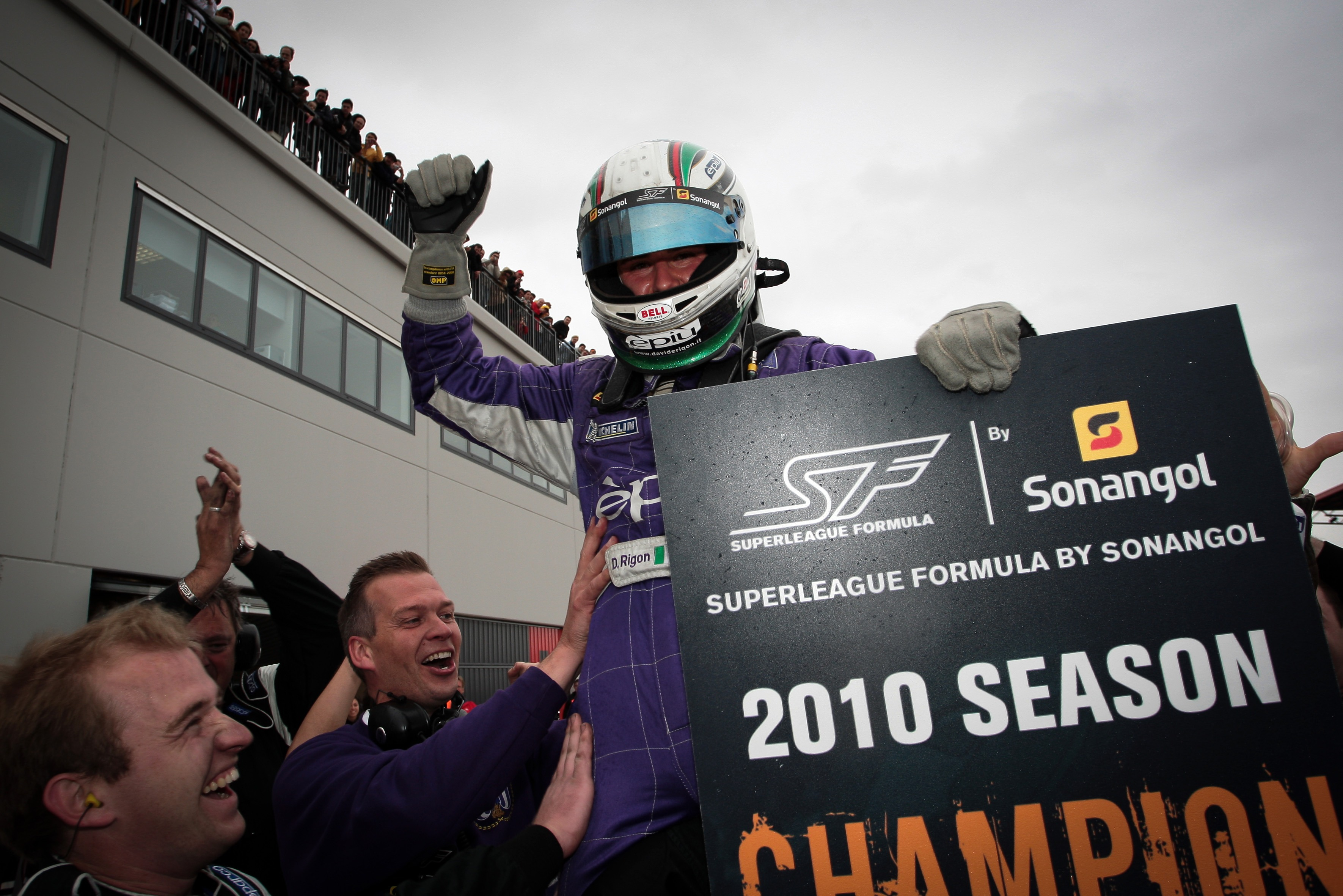 Who was driving in it?

The Superleague Formula grid featured a mix of ex-Formula 1 drivers and young guns rising through the ranks, with 58 drivers in all appearing over its four-year existence.

PLUS: The forgotten member of F1’s greatest rookie crop

But Superleague's brightest lights were typically lesser-known drivers looking to make their careers in racing. Davide Rigon, now a factory Ferrari GT driver, used his 2008 and 2010 title success to launch his move into GP2, while championship mainstays Yelmer Buurman and Craig Dolby also made successful transitions into GT racing.

Adrian Valles' championship success in 2009 went some way to restoring the Spaniard's reputation, which after finishing second to Robert Kubica in the 2005 Formula Renault 3.5 championship, had taken a battering with backmarker teams in GP2.

What was different about it compared to the European Super League?

Unlike the proposed European Super League in football, Superleague Formula was a start-up series that attracted racing teams organically, having no previous involvement in any domestic equivalent series. Beyond the name, they have very little in common. 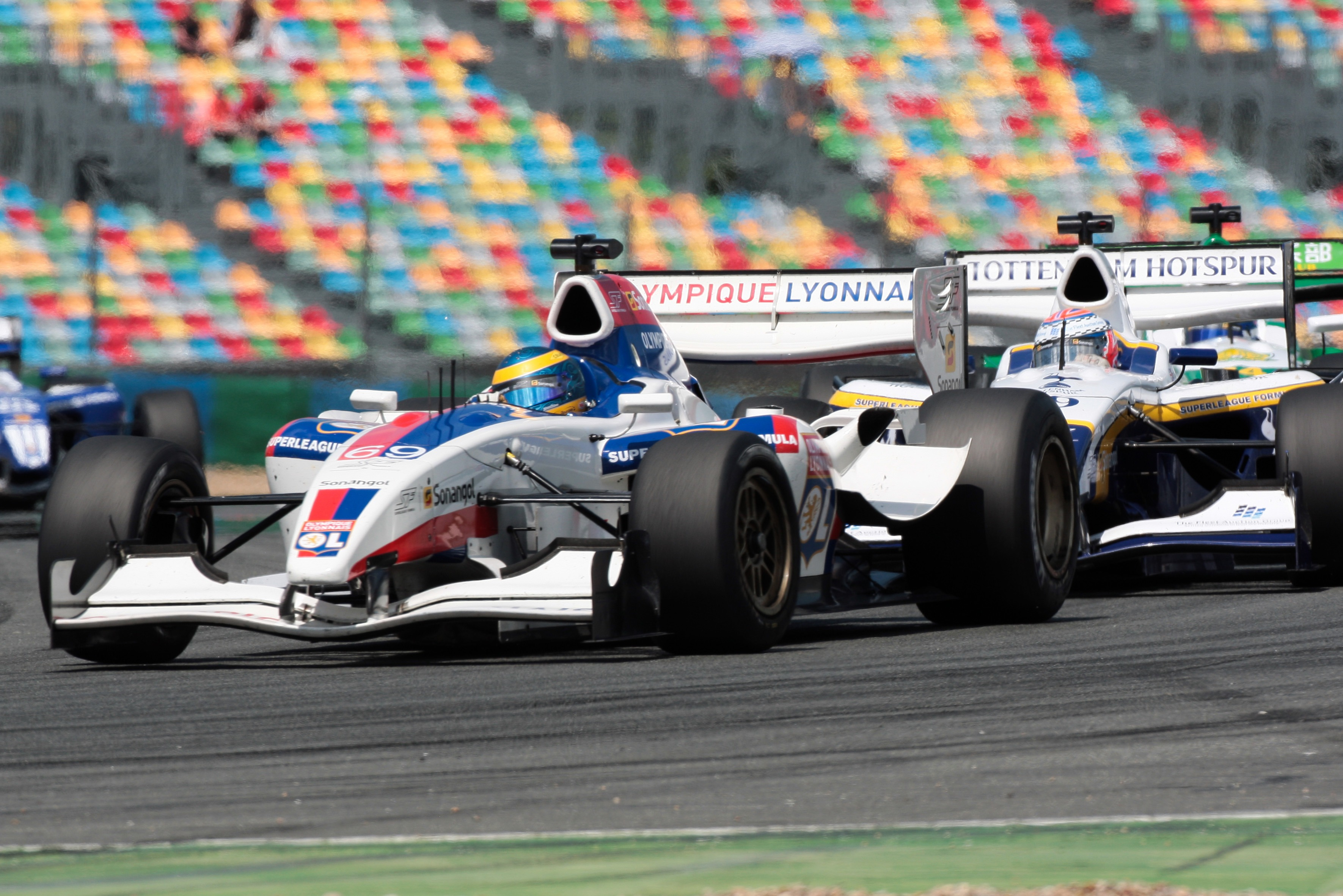 Who was it run by?

What happened to it?

The series ran aground in 2011 as event after event on the original eight-round schedule was cancelled. Its planned expansion to stage races in Russia, Brazil, the Middle East and New Zealand never happened, while replacement races in South Korea and China also fell by the wayside.

The cars were eventually sold to a private buyer and the popular championship died a quiet death.