Electric GT has announced a five-year technical roadmap for the Electric Production Car Series, which includes widening entries beyond the Tesla Model S P100DL the championship will use initially

The EPCS will start as a one-make series for its inaugural calendar in 2018/19, but it is understood that other manufacturers may enter from season three.

From its fourth season, the EPCS will become an "open-platform series, following GT/LMP closed-wheel style body specifications", according to an Electric GT statement.

All cars from season four will share a common base - including chassis, cockpit, suspension, brakes, safety equipment, battery and accompanying management systems.

But the cars will have "OEM specific bodywork, and with transmission, motor and powertrain open to be developed by each manufacturer".

Manufacturers intending to enter the GT class must have built at least 500 units for the production equivalents of any potential EPCS car.

"We made history when we launched the first electric production car series, and now we are preparing the series to evolve and grow," said Agustin Paya, technical director of Electric GT Holdings. 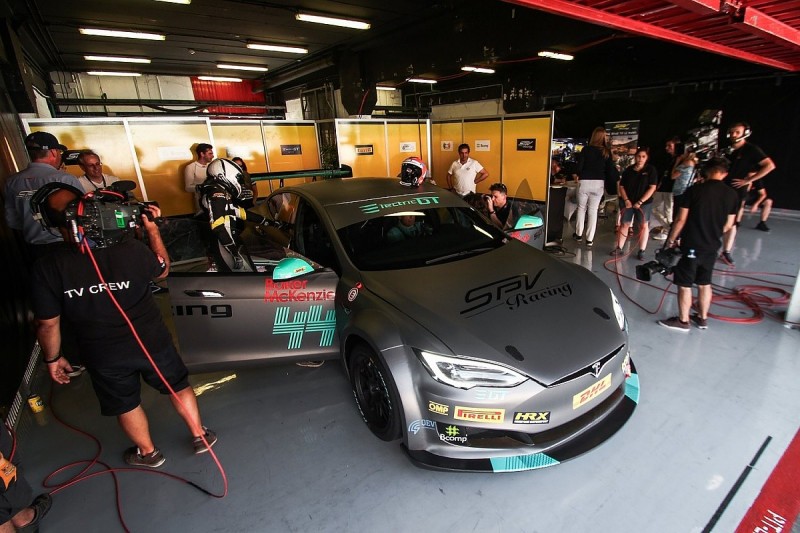 "Our five-year plan has been developed following discussion with leading global manufacturers and OEMs to best predict, and respond to, the continued rapid growth of electric vehicle technology.

"Our championship will be relevant, fast and continue to drive technology forward.

"We will also continue to work with manufacturers of new sustainable materials, in the car and at our events, to surprise and delight our fans.

"This series will truly prove that electric technology has surpassed the possibilities of all that has gone before."

Electric GT delivered the first race-ready EPCS Tesla to the SPV Racing squad - the only team to so far confirm its entry to the series - last month.

The EPCS 2018/19 championship is scheduled to begin at Jerez in December and is expected to conclude at the Vallelunga circuit in October 2019.