Shedden is deputising for Rob Huff at the WRT-run Leopard Racing team at the TCR finale while Huff is racing in the World Touring Car Championship in Macau.

Despite only getting his first laps in the TCR VW Golf GTi upon arrival in the United Arab Emirates, Shedden posted an early effort of 1m27.849s - the fastest time of the weekend so far - in the final part of qualifying and was never headed thereafter.

That means Vernay, the 2010 Indy Lights champion, only needs to finish ahead of M1RA Honda driver Attila Tassi - who starts back in 10th - to secure a first TCR title and first in touring cars since moving across from sportscar racing in '16.

With the top 10 on the grid reversed for the final race of the weekend, Tassi will start at the head of the field, but by that stage Vernay is likely to have wrapped up proceedings. 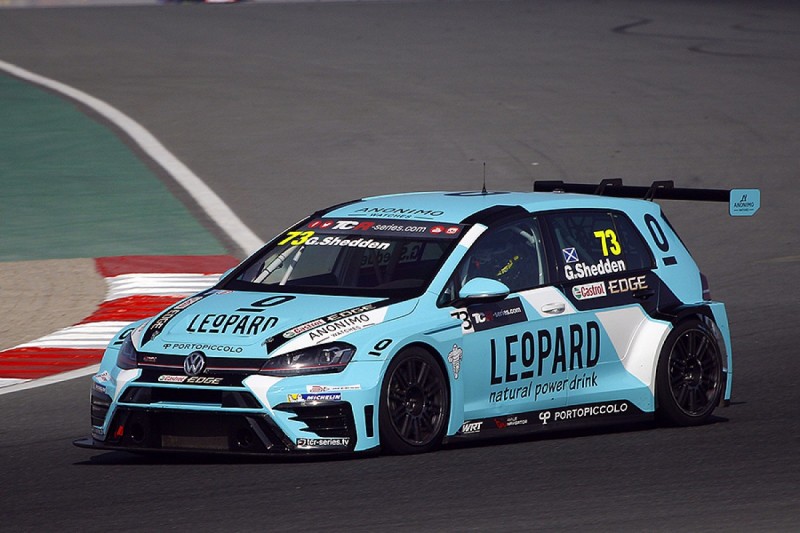 Shedden's route to pole was eventful as he had to pit for a change of brake discs in the first part of qualifying.

"We put new brakes in it for qualifying and it just didn't stop, there was no retardation, it didn't matter how hard I hit it," he said.

"It was a big call to make that change in the session. I thought it was worth the risk.

"It's never a nice thing to ask mechanics to change brakes in a session, under pressure, but they did a great job.

"They ended up with burnt arms changing brakes, but at least it was worthwhile in the end for them."

Shedden was only 14th fastest in the first segment of qualifying and thought he had missed out on the top 12 pole shootout.

But with the Hyundai i30s of Gabriele Tarquini and Alain Menu - which were second and fourth quickest - not permitted to take part in the second qualifying session due to the same temporary homologation that prevents them scoring championship points, Shedden was handed a second chance.

"In a really funny way it was just a strange and kind of awkward session," he added.

"We were sixth at the start, we only got one run at the end, then I was 14th and thought 'well, that's it, we're out', so I got out and I'm in the garage and everyone was saying 'both Hyundais are there, they don't take part', so I had to get back in and missed the start of the next session."

Despite starting from pole, Shedden is conscious that his priority is to assist Vernay with wrapping up the title.

"It'd be nice to have some fun out there, but very clearly the number one priority is that he wins the championship," said Shedden.