The 2013 BTCC champion began his career in rallycross before switching to circuit racing, and has made several returns to RX in recent years.

Jordan will stand in for recent full-time RX convert Timo Scheider in the MJP Austria team at Lydden as the double DTM champion has a clashing commitment.

"I spoke to Max [Pucher, MJP team owner] a few weeks ago and it's all come together really quickly. It's a bit unexpected really," Jordan told Autosport.

"The team's cars were very quick last year. I know they're working hard and they are hungry to move things on to keep progressing.

"Obviously the level is going up all the time, but I think we can mix it.

"If I could get into the final that would be a really good achievement. Then it's just elbows out and see where you get to."

Jordan reached the podium at Lydden when he first appeared in World RX in an OlsbergsMSE Ford in 2014 and then raced at his home round again in '15 with Peugeot's works-backed Hansen squad. 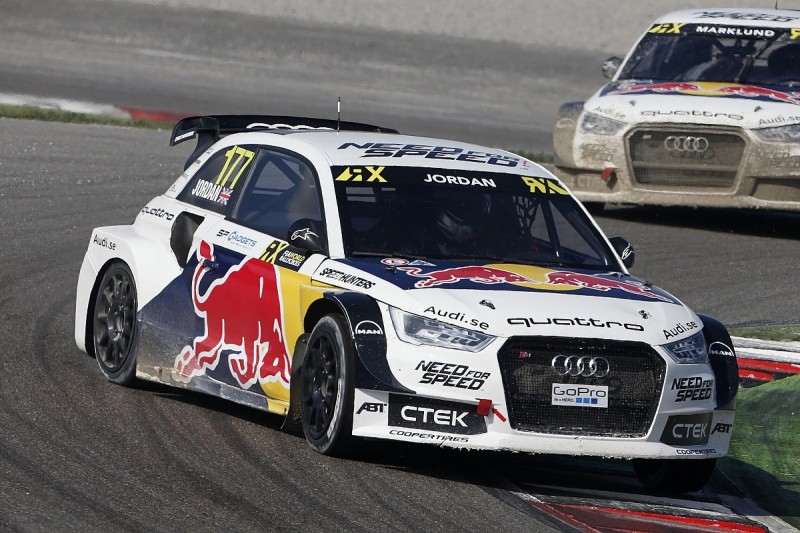 Since then he has had a relationship with Mattias Ekstrom's EKS Audi team that included a start at Franciacorta in 2015 and demonstration and reserve duties last year.

But his move to WSR BMW for the 2017 BTCC precluded working with the factory-supported Audi RX effort and prompted the move to MJP's Ford Fiesta.

"Out of anything I've done, standing on the podium at Lydden was definitely one of the coolest things in my career," said Jordan.

"When I tested with EKS last year I could feel I hadn't raced on gravel for a while, so I'll go and put some work in to make sure I'm on top form on that side.

"Max has given me a fantastic opportunity for Lydden and is building something great with his team, which I'm really looking forward to being part of."