Fortec Motorsport driver Browning headed into the third race of the final Brands triple-header in prime position to claim the championship on Sunday, leading his Carlin rival Zak O'Sullivan by 16 points having finished ahead of him in the opening two races.

The pair, who arrived in Kent tied on points, started the finale alongside each other on the front row of the grid and a brilliant move around the outside of Browning meant it was O'Sullivan who grabbed the early advantage, James Hedley also relegating Browning to third.

But the contest was turned on its head when the top three all went off on oil at Clark Curve at the end of the first lap.

Crucially, while O'Sullivan was able to continue having lost just three places, Browning spun and dropped to the back of the field.

O'Sullivan soon returned to the lead and appeared on course to take the crown before the ever darkening skies began to release drops of rain.

As this intensified, the contest was red-flagged on safety grounds as the cars were all on slick tyres and the condensed timetable, due to the lack of daylight hours, meant there was not time to restart it.

However, as less than 75% of the race had been completed, half points were awarded - and this was not enough for O'Sullivan to overturn Browning's lead. 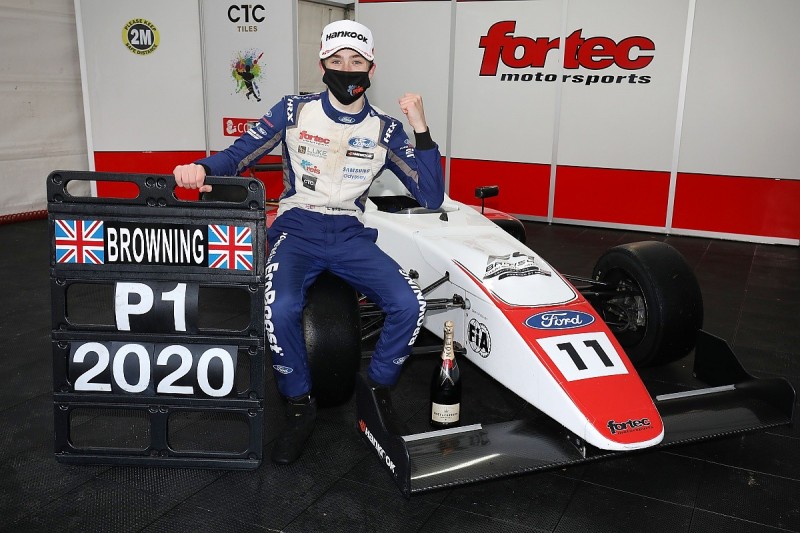 "I can't believe it!" Browning, who was victorious by four points, told Autosport.

"There was a big oil spill that we never could've predicted and there was no way of saving it, but the rain saved me - it's huge to win the championship and this has been an incredible year.

"I'm now going to have a bit of fun in the next few weeks and celebrate!"

O'Sullivan was left frustrated that the race was red-flagged, believing the conditions were not bad enough for the race to be stopped.

"There was no immediate safety reason," he said, suggesting the safety car could've been used instead.

"There was no need to red flag it."

O'Sullivan and Browning quickly established themselves as the leading contenders in this year's title fight and it was O'Sullivan who seized the initial advantage.

But a strong middle chunk of the season powered second-year driver Browning to the top of the standings, an impressive hat-trick at his local Oulton Park circuit aiding his bid.

However, he struggled for form more recently - taking just one victory during the four race weekends in September and October. 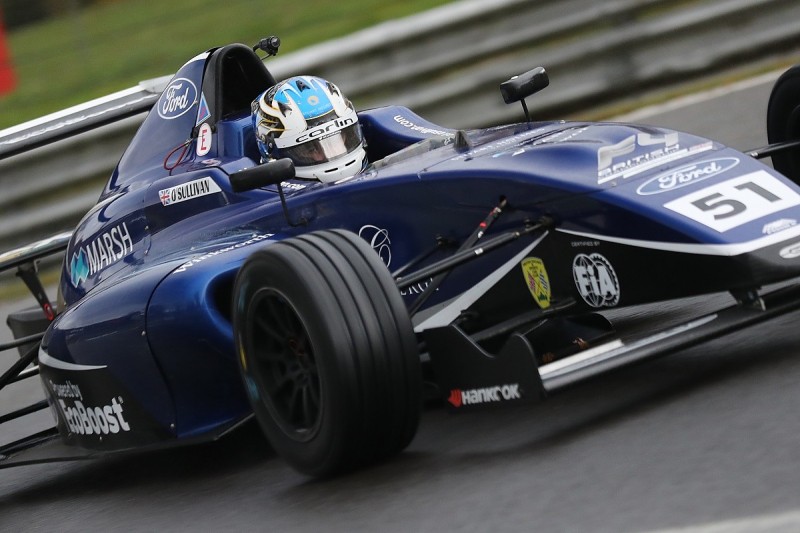 Those struggles allowed O'Sullivan, last year's Ginetta Junior runner-up, to eradicate what was once a 57-point lead to enter the Brands finale level with Browning.

Among the other British Touring Car Championship support categories, Harry King had already sealed the Porsche Carrera Cup GB crown prior to the Brands event after an utterly dominant campaign.

Will Burns came close to matching King's achievement of being crowned with an event to spare but an inadvertent tap in the Snetterton finale sent him to the back of the field and meant the Ginetta GT4 Supercup title battle would be resolved in Kent.

A cautious fourth in the Brands opener sealed the title for Burns, who finished runner-up in 2016 and 2019.

Elsewhere, Nathan Harrison clinched the Mini Challenge honours after taking a second place in the opener and then eighth in the finale to maintain his lead over Dan Zelos.

The other champion to be crowned was Tom Lebbon in Ginetta Junior - the rookie becoming the first driver to win the title in their debut season in the series as he overturned pre-event leader Bailey Voisin's advantage by grabbing two second places.