Verstappen vaulted straight into F1 this year in only his second full season of car racing, after a 2014 Formula 3 European Championship campaign, and aged just 17 when he made his grand prix debut.

He scored points on only his second start with seventh place in the Malaysian Grand Prix, and ultimately finished in the top 10 in over half the season's races, taking him to 12th in the championship. Fourth places in Hungary and the United States were his best results.

But it was the dynamic style of Verstappen's driving that really caught the eye, as he repeatedly impressed with innovative overtaking manouevres and bold racecraft.

"It's very difficult to explain how you do it - you see the gap and you go for it," Verstappen said.

"Definitely if you look at the one from Spa, it was very risky, but with the top speed we had this year, I had to try to overtake in the corners."

"He's really lit up the Formula 1 tracks this year, given us so much to talk about," Brundle said.

"The way he did it, the feel he's got for the car on the brake pedal, I wish I had that.

"I think I said he'll be in the world-championship winning car by the time he's 20, I might have to revise that.

"What's impressed me about Max has been his confidence.

He received rookie of the year, personality of the year and action of the year (for his Belgian GP pass on Felipe Nasr) honours, voted for by the FIA Drivers' Commission, motorsport media and fans respectively. 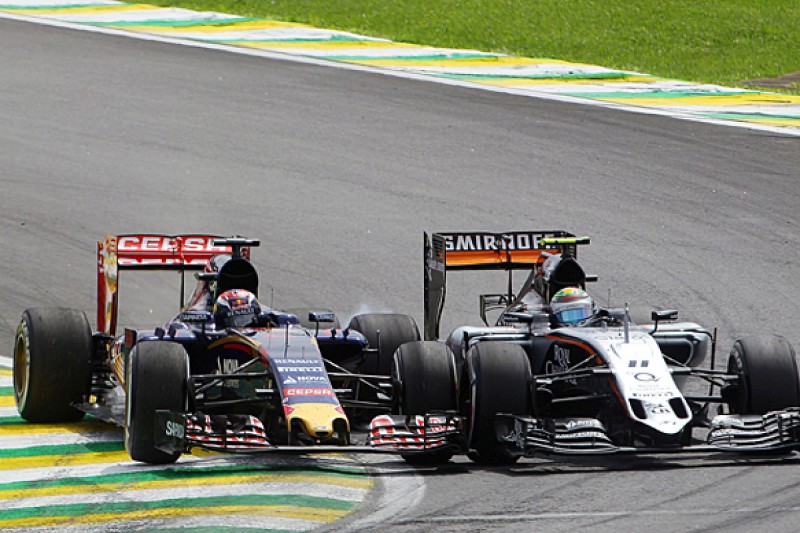