The marque, which celebrated its half-centenary this year, was famously set up in founder Bruce McLaren's shed in 1963 but has since developed into Britain's most successful Formula 1 team.

It has now expanded into the McLaren Group, with dedicated automotive, electronics and catering departments, an expansive GT3 racing programme as well as an Applied Technologies arm that works in sport, medicine and biomechanics.

Fittipaldi was on hand to present the award, which was accepted by McLaren managing director Jonathan Neale.

"It's very humbling to stand here as a small part of our history book," he said. "2013 was not a vintage year, we'll admit that, but after 50 years, 20 world championships, this is truly a great team and we're very keen to put that back.

"We've got 600 people working incredibly hard to do that. It has been a rollercoaster, it really has."

The team's formative years in grand prix racing were dovetailed with an incredibly successful run in Can-Am in which it won 43 races and claimed five consecutive constructors' titles between 1967 and 1971. 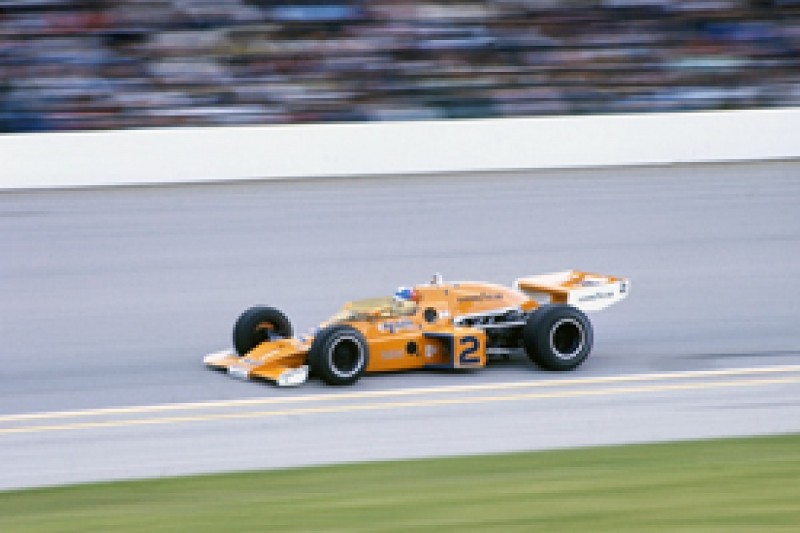 Its roll of honour also includes three Indianapolis 500 victories, with Mark Donohue winning in '72 in the M16B and Johnny Rutherford twice a winner in '74 (M16C/D) and '76 (M16E, pictured).

Its achievements transcend single-seater racing. In 1995, its F1 GTR sportscar model won the Le Mans 24 Hours on its first attempt, and despite an underwhelming 2013 F1 campaign, McLaren's bespoke contemporary GT model - the MP4-12C - recorded wins in a variety of sportscar championships throughout this season.

World Rally Championship legend Sebastien Loeb used the McLaren for his first full season of circuit racing, in which he challenged for the FIA GT Series title alongside team-mate Alvaro Parente.

They recorded four wins across the season, three in qualifying races and a championship race victory in Spain, with Loeb's squad one of six customer teams to enter the series.