The new Aston Valkyrie AMR Pro, which takes its name from the Prodrive-run Aston Martin Racing squad that competes in the World Endurance Championship, is more powerful and lighter than the road car, as well as incorporating revised aerodynamics.

Newey, who is the brainchild of the Valkyrie project and was responsible for performance-related development of the car, said: "While it is endowed with extraordinary performance, it has always been vitally important to me that the Valkyrie functions well as a true road car, and that naturally comes with some constraints.

"With the track-only Valkyrie AMR Pro we have the freedom to create an extreme evolution that makes no such concessions."

Aston has yet to reveal an exact specification of the track Valkyrie, but it has stated that the hybrid machine powered by a 6.5 Cosworth V12 will have a top speed of close to 250mph and will be able to sustain cornering forces in excess of 3.3g.

The car has been built for track days rather than a specific racing category, although owners will not be prevented from racing them.

The total run of 25 Valkyrie AMR Pro track cars has already been pre-sold, along with the 150 road-going cars.

Production of road and track Valkyries will start at the end of next year before deliveries begin in 2019. 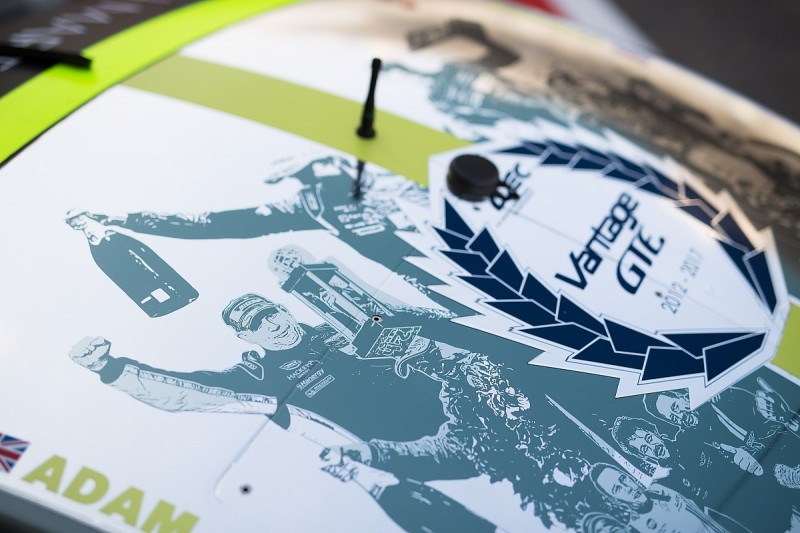 The Aston Martin Vantage GTEs running in this weekend's Bahrain WEC finale are running a special livery to commemorate the end of the car's career as a factory racer.

The car, which is billed by the British manufacturer as the most successful Aston racer of all time, will be superseded in GTE Pro by an all-new Vantage due to be launched later this month.

Successes for the Vantage in the hands of the factory AMR team since the rebirth of the WEC in 2012 include a total of 13 pro class victories and the 2016 GT drivers' and manufacturers' titles.

The current Vantage will continue to race in GTE Am, which demands that cars are at least one year old.