The Alps-based ice racing series introduced an electric car into its headline Elite Pro category at the end of the 2017/18 season, before running a mix of internal combustion and electric machines in the class last winter.

The Andros Trophy's top class will now switch to being fully electric this year, with entries limited to 12 cars, and it will be shared by drivers in the Elite and Elite Pro classes.

But there are also plans being formed to create a rallycross category with the electric cars.

The WRX has announced its own electric rallycross series known as Projekt E after its planned 2021 switch to electric cars in the top class failed.

The Andros Sport 01 completed over 30 laps with drivers Nicolas Prost and Dubourg focusing on suspension refinement and tyre selection. 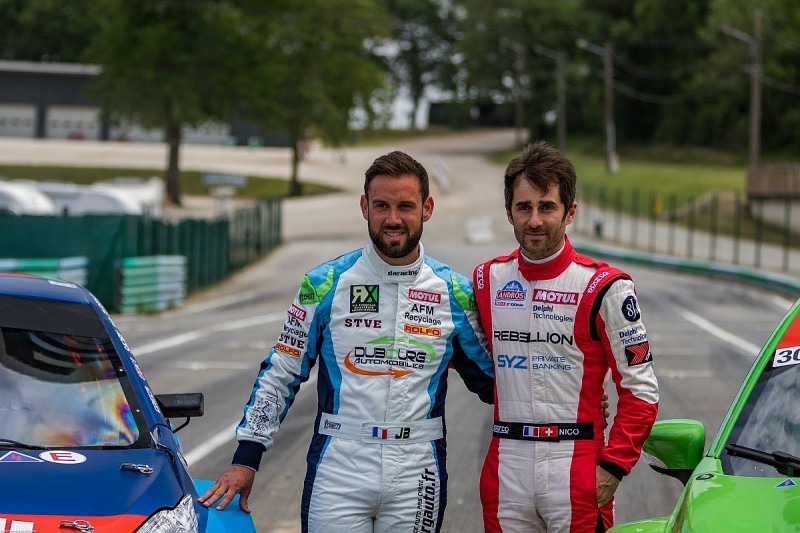 The electric car is only the second four-wheel drive electric rallycross prototype known to have been run on a rallycross track after STARD's HIPER machine.

STARD is supplying Projekt E with its electric powertrain kit for the maiden season, with further details on the new series yet to be made clear.

Tyres used in the new Andros-organised rallycross events will be grip-limited in order to make the space-frame machines slide in a similar way to conventional ice racing.

"This new concept is a good challenge for us and gives two advantages to our teams," explained 2MO owner Max Mammers.

"The first is through marketing, with the possibility to extend our national presence to places like Loheac, Faleyras or Dreux for example, and also financial, so there is a quicker return on the investment for teams."

The rallycross category is planned to be run at French rallycross events as a standalone support category "in regions where Trophee Andros does not take place", according to a statement.