Both drivers took pole positions for their respective finals at the FIA Karting world championship finals at Kristianstad in Sweden at the weekend.

Although Barnard could not hold on to top spot and finished fourth in the junior event, Travisanutto triumphed in the senior category.

Rosberg said it felt "special" to have helped secure another world championship title.

"That is where it all started for us in karting - so doing it with my boss at the time, Dino, means it is a friendship as well," Rosberg told Autosport.

"There was that competition feeling again, which reminded me of the good old days as well. It was a wonderful experience.

"It is so pure. It is much more simple and just comes down to the talent of the guys. There is no politics, no money involved: it is just pure driving and talent and winning, and that is what I really, really love about karting."

Despite feeling upset that Barnard could not convert his pole into the win, Rosberg said Travisanutto's performance was brilliant. 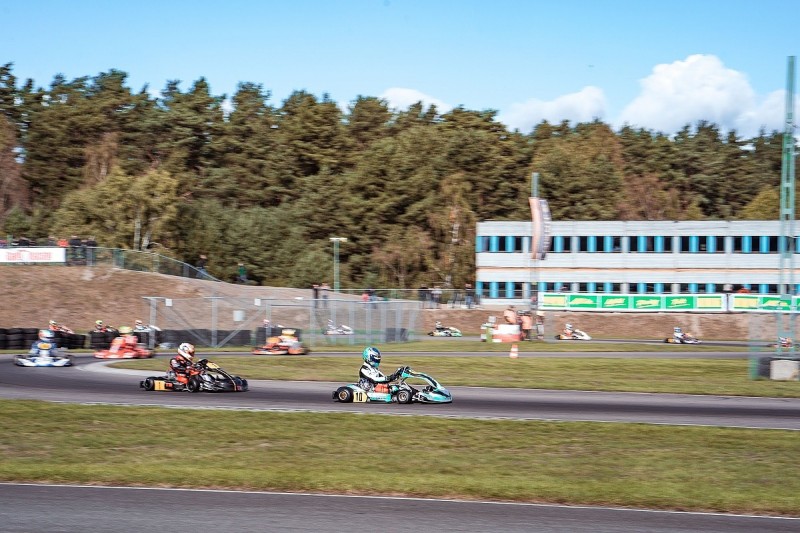 "It was a day of mixed feelings," added Rosberg. "We were on pole for the final of the junior category and the senior category, and we only have two drivers.

"So out of the 250 drivers both of our drivers were on pole for their category. That was pretty good.

"In the junior it was Taylor Barnard who was leading the final and then suddenly dropped back to fourth place. That was a pretty tough one because I feel for them as I have been there myself.

"For these kids it is so tough, as at a one-day world championship everything is on the line.

"And then the next final, it was the second chance for us as a team and Lorenzo won it. He did an amazing pass and got it and so it was so cool.

"It was so emotional celebrating with them. It was very, very special."

Rosberg said there are now ambitions to turn the squad into a force in karting, with Chiesa's own Kart Republic design having impressed immediately, but added he was yet to make a decision on whether to help another generation or try to take his current duo further up the ladder.

"We are expanding there, and we want to use this to really position as the dominant force in the karting world for years to come, because we have the best chassis as well," he said.

"One day maybe I might start to think about getting involved and staying involved longer with their [Travisanutto's and Barnard's] careers, but it is not something I've thought about for now."